Hidden clinical trial data are systematically undermining doctors' abilities to prescribe treatments with confidence. A whole range of widely used drugs across all specialties in medicine have been represented as safer and more effective than they are, endangering people's lives and wasting public money. As of January 2013, The BMJ will no longer publish any trial of drugs or devices where the authors do not commit to making the relevant anonymised patient level data available, on reasonable request. On this page we are documenting some of The BMJ's coverage of adverse outcomes associated with hidden clinical trial data. We are also highlighting the extent of the problem, as shown in our hidden data special issue, published in 2012. We are also asking you to help us catalogue drugs, devices, and treatments for which a lack of complete clinical trial data has resulted in a skewed evidence base. Fill in our online form to tell us where and when you have seen this reported.

The potential of open data is realised only when those data are subject to independent scrutiny, and in a recent review , Ebrahim and colleagues identified just 37 published reanalyses of clinical trials. Only five were conducted by investigators not associated with the original report. David Healy and colleagues, in an editorial, describe the potential of this approach, and The BMJ supports this through the RIAT initiative. Proposed in April 2013, by Peter Doshi and colleagues, the RIAT (Restoring invisible and abandoned trials) initiative calls on authors of abandoned trials, or those trials with hidden data, to publish or re-publish their research in an open manner.

In 2014 BMJ Open published the first RIAT paper, Tom Treasure and colleagues investigated an abandoned randomised controlled trial that remained unpublished for 20 years, and their reanalysis casts doubt on the survival benefit of further surgery after curative resection of colorectal cancer.

When RIAT was first conceptualised, Fiona Godlee and others had one specific trial in mind - Study 329. This is the infamous trial of paroxetine (Paxil, Seroxat) that claimed to show that the drug was well tolerated and effective in the treatment of major depression in adolescents. Study 329 was quickly dubbed by the US Food and Drug Administration a “failed trial,” as neither treatment was found to be better than placebo. We learnt that the paper was drafted not by any of the 22 listed authors but by a writer paid by the manufacturer. But, most alarmingly, reports emerged of serious adverse effects of paroxetine in adolescents, including self harm and suicidal ideation. In 2012 the US Department of Justice, investigating a failure to report safety data and other misconduct by GSK, settled criminal and civil proceedings with a record $3bn fine.

Now Le Noury and colleagues have reanalysed Study 329 and published their results in The BMJ. They conclude that "Neither paroxetine nor high dose imipramine showed efficacy for major depression in adolescents, and there was an increase in harms with both drugs. Access to primary data from trials has important implications for both clinical practice and research, including that published conclusions about efficacy and safety should not be read as authoritative. The reanalysis of Study 329 illustrates the necessity of making primary trial data and protocols available to increase the rigour of the evidence base."

The updated version of the Cochrane Collaboration's meta-analysis of neuraminidase inhibitors for the prevention and treatment of influenza in healthy adults and children has been published. This is the first meta-analysis to scrutinise the full clinical trial data and to make those data, plus a full prepublication history of the final review, available for public scrutiny. The full research, plus a raft of articles explaining the process of obtaining the data and what this means for open science, are available from bmj.com/tamiflu

Elizabeth Loder, associate editor at The BMJ and associate professor of neurology at Harvard Medical School, outlined the promises and progress towards open data that have been made so far in this feature.

Peter Doshi, postdoctoral fellow at Johns Hopkins University School of Medicine in Baltimore, announced a new initiative Restoring invisible and abandoned trials: a call for people to publish the findings. In this analysis article, Doshi explains how provision of access to data released through requests under the Freedom of Information Act, legal proceedings, and from regulators, will be reassessed to correct the publication record.

Other examples of hidden data

Following an editorial “Statins and The BMJ” by Fiona Godlee in August 2014 , we said we would contact the principal investigators of all the relevant trials and publish their responses. The BMJ has identified 34 trials and we want to see how easy it is to find the data on harms. 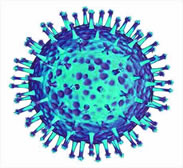 Our first open data campaign initiative relates to a public promise Roche made in 2009 to release full clinical trial reports for Tamiflu, the drug recommended for treatment of influenza.

This page documents correspondence with Roche, and the various bodies around the world which licence or recommend drugs. This open correspondence of letters offers readers the chance to witness attempts to compel greater accountability and responsibility in public health decision making and policy. 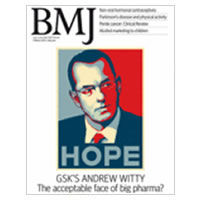 Relenza, developed by Glaxo Wellcome in 1989, was the first neuraminidase inhibitor. While carrying out its 2009 systematic review and meta-analysis, the Cochrane Acute Respiratory Infections Group requested the full set of clinical trial data from GSK, as it did for Tamiflu and Roche.

This page documents the group’s correspondence with GSK leading up to receipt of a redacted version of those data in February 2013. 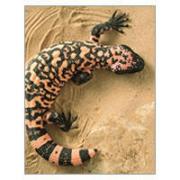 Incretin therapies—glucagon-like peptide-1 (GLP-1) agonists and dipeptidylpeptidase-4 (DPP-4) inhibitors—looked as if they might change the face of type 2 diabetes. Their dual action of switching on insulin and suppressing glucagon to help control blood glucose has been hailed as the biggest breakthrough since the discovery of insulin. And they may soon also be licensed for treating obesity. 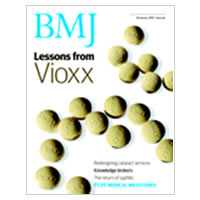 Rofecoxib was introduced in 1999 as an effective, safer alternative to NSAIDs for the treatment of pain associated with osteoarthritis. Safety concerns emerged about an increased risk of cardiovascular events in some patients, and the VIGOR study was set up to measure this potential problem. The results reported were negative, but subsequent litigation exposed the data manipulation that took place. 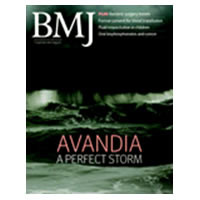 Rosiglitazone, a diabetes treatment approved in 2000, was withdrawn by the European Medicines Agency in 2010 in relation to increased rates of myocardial infarctions in some patients receiving the drug. The UK’s Medicines and Healthcare products Regulatory Agency has confirmed that evidence now suggests that the risks associated with rosiglitazone outweigh the benefits and “that it no longer has a place on the UK market.” Yet it has not released the clinical trial data to explain its change of heart. 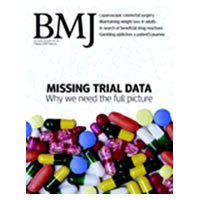 Publication is mandatory for publically funded trials in the United States. However, in this special issue, a series of research papers confirmed that a large proportion of evidence from human trials is unreported, and much of what is reported is done so inadequately.

We need your help with hidden data