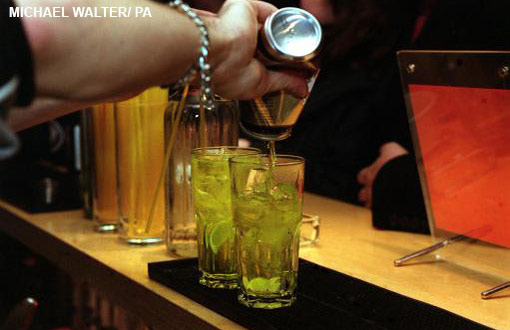 In January 2014 21 senior UK doctors and health campaigners urged the UK government "to stop dancing to the tune of the drinks industry and prioritise public health."

The call, in an open letter to The Daily Telegraph, was linked to an investigation by The BMJ into the UK government's "sham" consultation into introducing a minimum unit price for alcohol in England and Wales.

The government's alcohol strategy, published in March 2012, pledged a minimum price for a unit of alcohol, underwritten by prime minister David Cameron. A year later the consultation was withdrawn, even though Scotland had already passed a bill to introduce a minimum price of 50 pence per unit.

Freedom of information requests by The BMJ uncovered evidence of "extraordinary access" granted to companies and industry groups by individual MPs and many UK government departments.

In separate articles, Gornall also investigated Scotland's battle for alcohol pricing and legal attempts by the drinks industry to overturn its introduction, and it is using similar tactics to influence Europe’s alcohol policy.

In April 2014 the UK government announced that the alcohol industry was a quarter of the way to meeting its pledge to reduce alcohol consumption by a billion units by December 2015.

The BMJ asked 18 of the major signatories to the pledge—a mix of manufacturers and supermarkets—to disclose the total number of units of alcohol they had made or sold in each of the four years to April 2014, and all 12 who responded refused to do so.

A third cluster of articles in Gornall's investigative series asked if the 2014 World Cup was a festival of football or alcohol.

If the scale of alcohol’s influence on the British government and English football is extraordinary, he argued in his article, it is nothing compared with its efforts on the world stage.

This interactive timeline illustrates what happened when.

The journal received funding to conduct this investigation from ALICE RAP—a European research project cofinanced by the European Commission that aims to stimulate a broad and productive debate on science based policy approaches to addition.