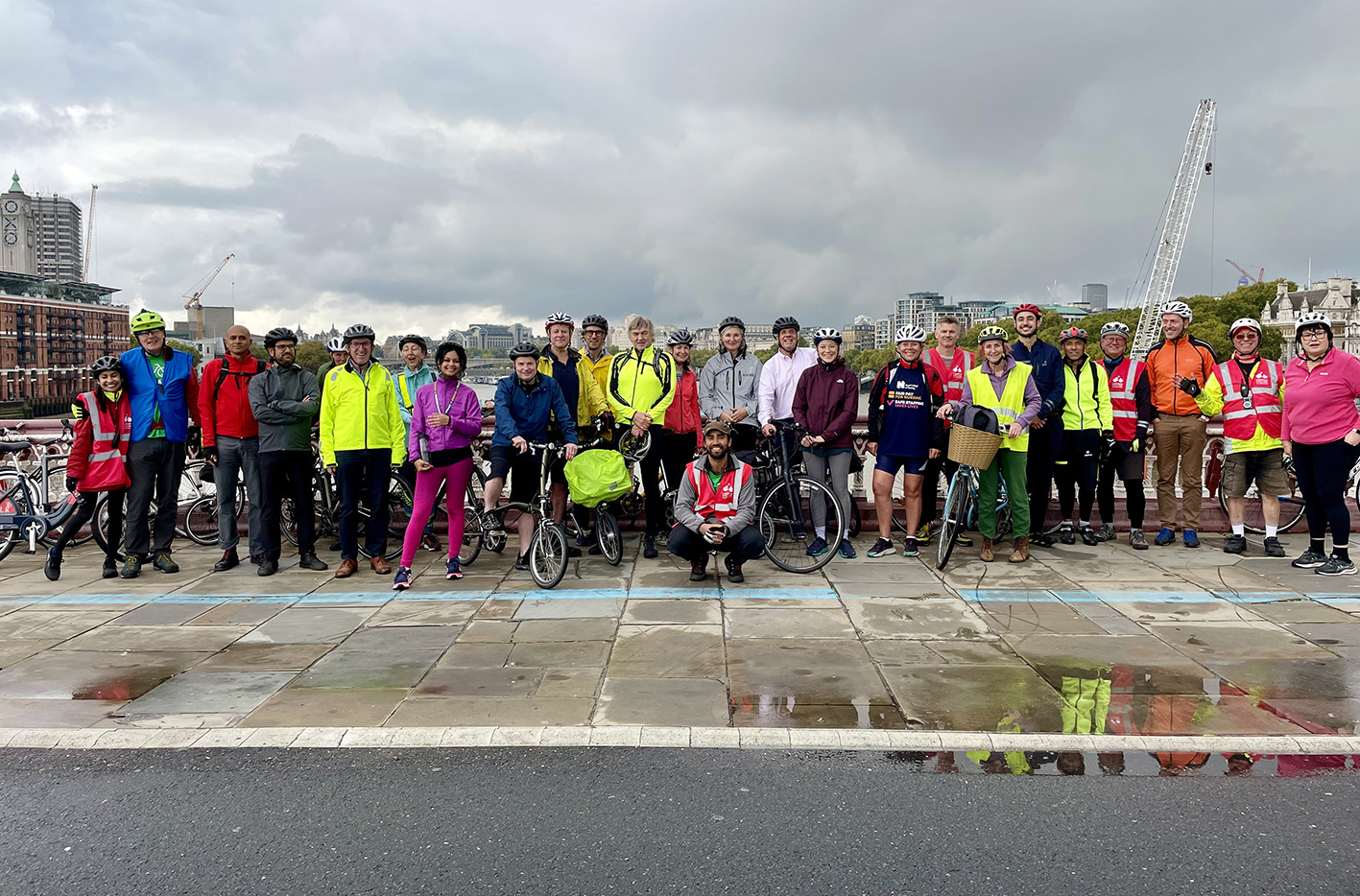 Martin Marshall, chair of the Royal College of General Practitioners, said that the ride was an important opportunity for the medical profession to show leadership on action against the climate crisis. “In some ways it’s a small gesture, but it’s really important that we show our commitment to this agenda,” he said. “The royal colleges have got a lot of respect among the public: when we speak out, the public listen. So demonstrating leadership in this area is really important, and this is an opportunity to do that.”

Adrian James, president of the Royal College of Psychiatrists, said that the event emphasised the fact that climate change was a health issue. “When I speak to the climate change lobby, they’re very keen for us to be involved, because messages that come from healthcare professionals tend to be listened to,” he said. “People might be able to ignore climate change; of course they shouldn’t. But when you talk about their own health, you talk about their children’s health, their grandchildren’s health—people tend to sit up and listen.”

Mehajabeen Farid, co-chair of Students for Global Health, said the event had brought people from different parts of the health profession together to shine light on the threat of climate change to health. “At Students for Global Health we are very concerned about the devastating impacts of climate change,” she said. “However, hope is our most powerful tool against the status quo, and taking part in an event like this helps me stay hopeful.”

In addition to the cycle ride in London, healthcare providers are organising a series of cycling events across the UK in the run up to the 27 UN Climate Change Conference (COP27), which will take place in Sharm el-Sheikh, Egypt, from 6 to 18 November 2022. Rides will take place in Brighton, Oxford, Nottingham, Derby, and Newcastle and in other European countries and in North and South America.

See other articles in issue 8357