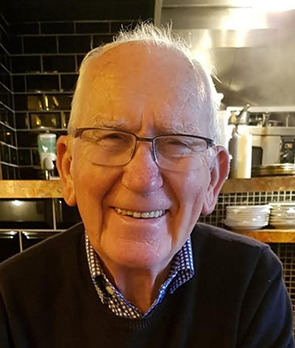 Born into a medical household in the Ayrshire mining village of Muirkirk, where his father was a GP, Archie Hutchison resolved on a career in medicine from an early age. He went from the High School of Glasgow to the city’s then only university. After house jobs at the Victoria Infirmary (his local hospital) and the Royal Infirmary he did two years’ national service with what he described as “a very posh regiment” in Hong Kong. He started his surgical training after his return. After a year in Dumfries he gained a general surgical post at the Victoria Infirmary, where he worked with Iain MacPherson, Robert Mailer, and Ian Gordon. Although the Victoria was the smallest of the five teaching hospitals in Glasgow, it had a distinctive family atmosphere, and its compact nature made it easy to get about. Later he was attracted to the evolving specialty of urology, which was being developed in that hospital by Tom Chapman, an enthusiast for the “cold punch” technique of transurethral prostatic resection. After completing his training Archie was appointed to a consultant post split between the Victoria and Hairmyres Hospital in Lanarkshire, but with the establishment of health boards in the 1970s his beds at Hairmyres were taken away. He was subsequently based solely at the Victoria, working initially with Stewart Scott and later for almost 20 years with Bev Abel. He worked hard to ensure that his department was well equipped as the fibre-optic technology available to urologists developed rapidly in the 1970s and 80s.

Archie—always with a slightly mischievous twinkle in his eye—was an extremely amiable and competent colleague, well liked and respected within his own hospital and beyond especially for his ability to bring an air of calm to situations where feelings were running high. He served for several years as chairman of the surgical division. He was a regular attender at meetings of the British Association of Urological Surgeons. Away from medicine he was for many years an ordained elder in the local Merrylee Parish Church of Scotland, eventually becoming the senior elder. He sang with Eastwood Choral Society for many years. His other leisure activities centred around his garden, curling, and Pollok Golf Club, where he played off a handicap of 8. He was a popular and very entertaining after dinner speaker.

In his mid-80s he was invited to contribute his recollections of medicine in Glasgow and the development of his own specialty in the city to the oral history archives of the Royal College of Physicians and Surgeons of Glasgow. His memories amounted to more than two hours of fascinating reminiscences.

In 1957 he had married Anne, whom he had met during his second house job at the Royal Infirmary. They loved travelling, and in retirement Archie attended night classes, where he attained great fluency in Spanish. As Anne’s health declined he looked after her with great devotion in the years before her death in 2019 and then coped cheerfully with his own diagnosis of prostate cancer and the various problems he had to encounter as it progressed. He leaves his three children, nine grandchildren, and four great grandchildren.

He predeceased his lifelong friend and clinical colleague John “Buster” Dall by only eight days.