Caring for torture survivors: one of the most difficult but fulfilling jobs in medicine

Angela Burnett has been working with torture survivors in London for two and a half decades, listening to their stories and chronicling the lasting physical and mental health effects. Joanne Silberner asked her about how and why she does it 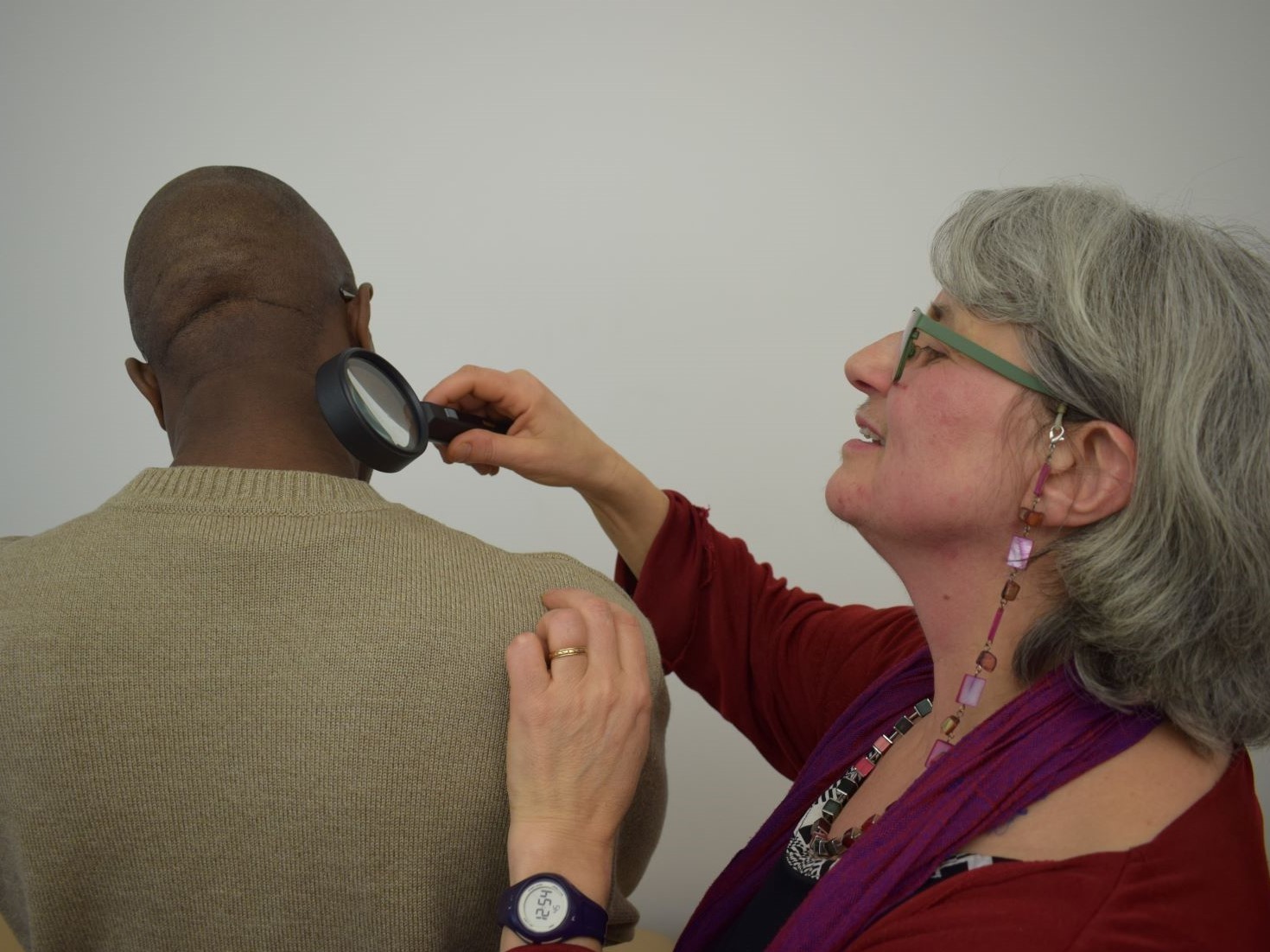 Q. Doctors are used to hearing difficult stories, but a story of torture is an order of magnitude above the ordinary. Are those stories difficult to hear?

A. They are difficult, certainly, and that’s why we place huge importance on support for the people providing care. I focus very much on the difference I can make through the work that I’m doing. There’s the realisation that this person I’m seeing is a survivor and deserves to be heard. Also, it gets easier as I understand the ways that people can be supported and go on to lead really good lives.

Q: What got you interested in working with torture survivors?

A: Back in 1994 I was in Zambia with a local charitable organisation that helped people with HIV. I was sharing a house with friends, including a young man who was a refugee from Congo (then Zaire), and I got interested in the situation for refugees. When I came back to the UK I heard about the Medical Foundation for the Care of Victims of Torture (now called Freedom from Torture1), and I decided to volunteer with them.

Q. How was it to begin with?

A. Well, certainly it was very challenging to start with. The level of detail in documenting the physical and psychological aspects of torture was more than I was used to as a GP, although I found that my skills of listening to and supporting people in difficult situations were transferable. It was also isolating. I was working pretty full time as a GP, and I would often arrive at the centre in the late afternoon, in time to see other people leaving. Today, all of our new doctors have a mentor who works with them on a one-to-one basis. All doctors have access to a peer support group, twice yearly study days, multidisciplinary meetings with other teams, and regular informal meetings. And we also appointed a colleague who actively reports back on the outcome from the asylum cases. It’s so affirming to know the result of our work, and it also leads to learning from the legal determination. Most doctors in our team are volunteers, and we recruit every September, offering full training for this work.

Q. What happens when you’ve documented the physical and mental health effects of torture?

A. A medicolegal report is sent to the survivor’s lawyer, who submits it as supporting evidence for the asylum application. It contributes to a positive asylum decision in most of the cases where we provide a report. However, decision making in the asylum system still needs significant improvement—almost two in five asylum refusals are corrected on appeal.2 Freedom from Torture has produced several reports, the most recent being Lessons Not Learned,3 published last year with several other organisations. We analysed 50 reports from government and non-governmental organisations, which scrutinised the quality of Home Office decision making and provided evidence of systemic problems. A quarter of the reports reviewed continued to articulate problems with applying the correct standard of proof in Home Office decisions on asylum claims.

Q. Should doctors in the UK be thinking about whether their patients have experienced torture?

A. Doctors can play a really significant role in the lives and health of survivors of torture.4 If you work in an urban area it’s very likely that you’ll have some survivors of torture as your patients. Survivors need to develop trust before they disclose such issues. You need to ask people questions in a way that shows that you have time to hear the answer. The difficulty for many people is the busy nature of practice today—the pressure of time. If an interpreter is needed, don’t use a family member or anyone the patient knows, as they may not feel able to disclose information about torture in front of that person.

Q. What should doctors look for?

A. Something that might make a doctor wonder is seeing someone from a country where torture is prevalent, someone who has chronic pain or psychological issues that seem more pronounced than you might expect. And it’s more common than people think. Among many women and also some men, sexual torture may well have been part of their experience of torture, and it can feel too shameful for them to disclose.

Q. How else can doctors help?

A. An important role for doctors is to direct survivors of torture to other sources of support and help. Survivors can have legal representation to prepare their asylum claim. It’s not for doctors to seek out the lawyer themselves but to make sure that survivors know that they can be represented by a lawyer. A law centre would be able to give them advice on that. And think about support from voluntary organisations.5 Often, people’s problems are exacerbated because they’re isolated. Get your patients to connect and be occupied at whatever level they can: that might be learning English or connecting with education, groups, or activities. Sitting alone, ruminating and worrying, is going to compound their health problems. I sing with Freedom from Torture’s choir, “Sing for Freedom,” which is composed of survivors, staff, and members of the local community, and it’s wonderfully uplifting for all of its members.