This Christmas marks the 20th anniversary of the publication of “Magnetic resonance imaging of male and female genitals during coitus and female sexual arousal.” Why did it become one of the most downloaded BMJ articles of all time?

The paper reported a study whose objective was “To find out whether taking images of the male and female genitals during coitus is feasible and . . . whether former and current ideas about the anatomy during sexual intercourse and during female sexual arousal are based on assumptions or on facts.”1

The main findings, based on 13 experiments performed with eight couples and three single women, were that during intercourse in the “missionary position” the penis assumes the shape of a boomerang, and that during sexual arousal the size of the uterus does not increase (as Masters and Johnson23 had believed). The article was accompanied by Leonardo da Vinci’s The Copulation (circa 1493) (fig 1) and RL Dickinson’s midsagittal drawing of the same subject (1933) (fig 2). The “objective” and “true to nature” magnetic resonance images (MRIs) obtained in the 1999 study contradicted the beliefs inscribed in these illustrations. 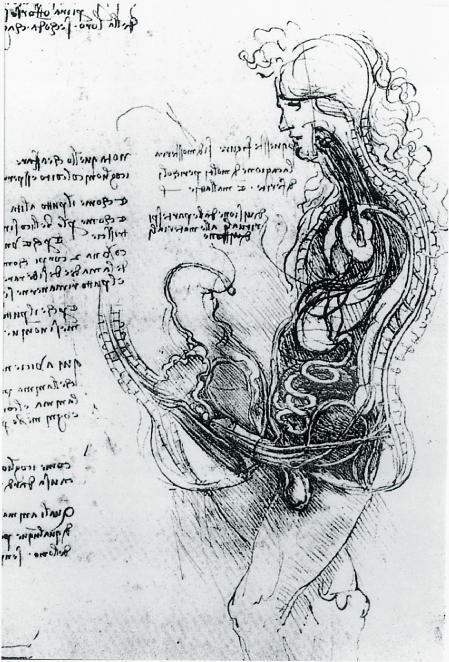 The Copulation as imagined by Leonardo da Vinci.4 With permission from the Royal Collection. Her Majesty Queen Elizabeth II is gratefully acknowledged

Why was it a Christmas paper?

Twenty years on, any paperwork relating to the decision to publish is gone, and the memories of editorial staff are hazy (one remembered discussion about how thin the participants must have been to manage intercourse in a 50 cm diameter tube). It was possibly the close fit with the da Vinci drawing that swung the decision. Nobody thought the study was particularly useful clinically or scientifically, but it contained “a striking image using a new technology, and everyone agreed that readers might be interested to see it.” Sandy Goldbeck-Wood, the journal’s paper editor at the time, said: “I remember our conversation about it as serious (if wry), rather than ribald. I think the Christmas issue was the only place it would properly have fitted.”

Given its subject matter, she was unsurprised that the paper got a lot of press.

The question of what makes a BMJ Christmas paper remains as mysterious as ever. Those who select them will usually say that they know one when they see one, which exasperates authors whose Christmas submissions have been rejected. Sexual intercourse isn’t a common topic for a Christmas article (sex makes up just 5% of Christmas article topics6), but the journal itself had a relaxed position on the topic, having published the explicit ABC of Sexual Health series only a year before.

Respondents posted comments online immediately after publication. One criticism was that the confines of a 50 cm MRI tube were unlikely to allow enough tilting of the female pelvis to allow the true “missionary position.” In addition, the variably flexible erect penis conforms “to a limited extent to any position in which it is placed,” meaning that “without data pertaining to the position of the female pelvis in this study any statement regarding the true shape of the penis during intercourse in the ‘missionary position’ are without foundation.”7

In response, the authors looked forward to the next generation of “wide body” MRI scanners, which would give the volunteers more room “and enable us to review the situation.”8

PubMed lists 130 citations of the article; however, there is little indication that many other research teams followed their lead. The paper hints that such research might be more easily envisaged than done. “It took years, a lobby [the hospital management was initially wary of the idea], undesired publicity [a TV programme was used to select participants], and a godsend (two tablets of sildenafil 25 mg) to obtain our images,” write the authors. The paper acknowledges “those hospital officials on duty who had the intellectual courage to allow us to continue this search despite obtrusive and sniffing press hounds.” According to one of the participants, “the hospital management only agreed to the study providing it was completed in secret and no one published anything.”9

The journal Science noted the article on publication,10 and in its first year it picked up the IgNobel prize for medicine,11 “arguably the highlight of the scientific calendar,” according to Nature.

Post-publication history: everyone else

On the basis of available evidence, it’s hard to argue that the paper’s main impact was in the field of sex research. The article was, however, a popular success. It was hardly the medical equivalent of a moon landing, so why did “lay” visitors come flocking in such numbers? How much did it matter to them that during female sexual arousal the anterior vaginal wall lengthens and the uterus rises? How much did it matter that in the “missionary position” men’s penises apparently assume the shape of a boomerang? (For men, it possibly mattered a bit: an analysis of Google searches found that men are more concerned about their penis than their lungs, liver, feet, ears, nose, throat, and brain combined12). However, none of the paper’s relatively arcane findings seems life changing.

Presumably, the prospect of seeing coitus on screen (for free) was the attraction, even if all that was on offer was a series of black and white still photographs (fig 3, 4). If that’s the explanation, it’s hard to think ourselves back to such an innocent age, given today’s explicit online offerings.13 Nevertheless, the “sniffing press hounds” have kept interest alive these past 20 years, regularly rediscovering the original paper and sending new generations to it (fig 5). The tone of such articles is one of bracing broadmindedness, quickly undercut by prurience.

Midsagittal image of the anatomy of sexual intercourse 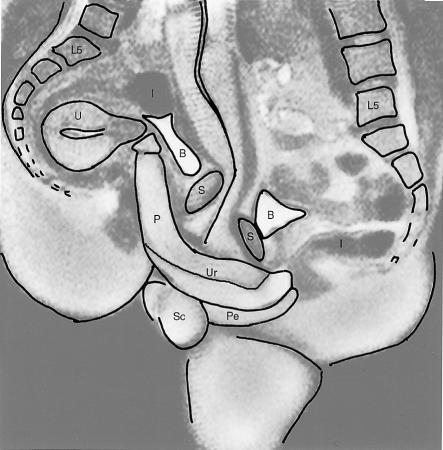 The IgNobel awards are given to articles that make you smile, then think. How much thinking this article has occasioned since publication is moot. But it is still making people smile (and laugh), much to the annoyance of one of the experimental participants and author, Ida Sabelis, now professor of organisational anthropology in Amsterdam. She says her friends and family still laugh about the study, “even though many are tertiary educated adults approaching retirement.” She finds this reaction “odd around the university, where her giggly colleagues are academics working in social sciences in one of the world’s most progressive cities.”

Why that’s the case, 20 years after the article’s original publication, is worth a study of its own.

See other articles in issue 8227