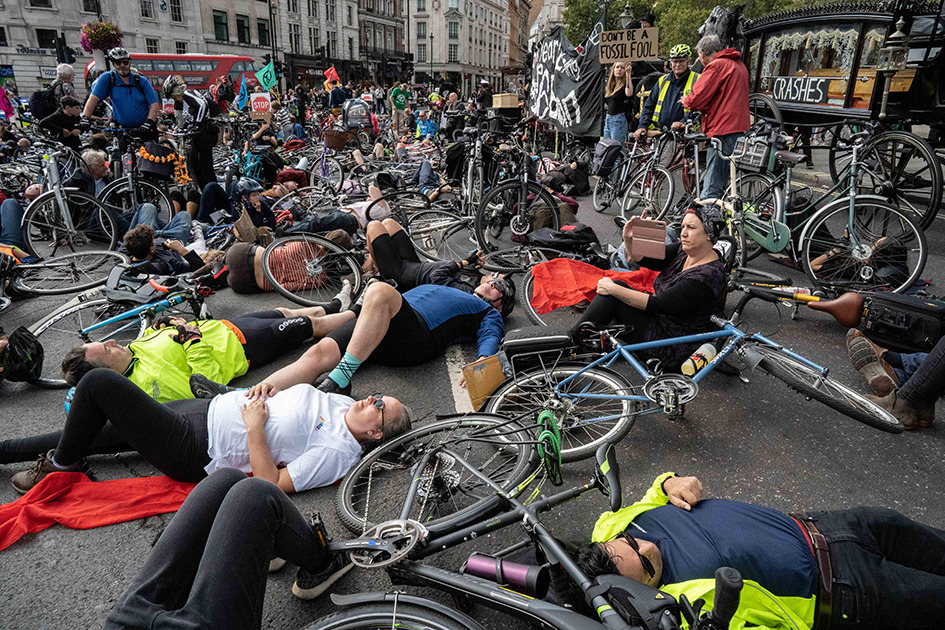 Around 200 cyclists took part in a symbolic funeral and “die-in” in London on 7 September to highlight the effects on health of the climate emergency and transport related diseases.

The event was organised by the groups Stop Killing Cyclists and Extinction Rebellion. As part of the protest, three hearses carried symbolic adult coffins, to represent people who have died from transport and climate related causes over the past decade. A small white child’s coffin was used to represent the children and adults who have died prematurely from air pollution diseases, including asthma.

The two groups are calling for the UK government’s autumn budget to commit to investment in a national cycle network. Donnachadh McCarthy, co-founder of Stop Killing Cyclists and a spokesman for Extinction Rebellion, told The BMJ that the protest sought to acknowledge “the millions of Britons suffering disabling diseases, the tens of thousands dying prematurely from transport related diseases, and the millions already dying over the last decade in non-Western countries from climate breakdown.”

He added, “In the light of the climate, pollution, and inactivity emergencies that we are currently in, the UK government must invest £6bn a year in the creation of a national protected cycleway network. Cycle action is climate action and health action.”