A 19 year old man presented with a two month history of lumps behind the ears and in the groin, and scalp hair loss. He had felt generally unwell during the past month. Physical examination revealed painless generalised lymphadenopathy in the postauricular (fig 1), posterior cervical, and inguinal regions. He had patchy, non-cicatricial (non-scarring) alopecia with a moth eaten appearance (5 mm diameter patches) all over the scalp (fig 1). Fungal microscopy was negative. Dermoscopy revealed yellow dots and broken hairs in the alopecia area. A reactive rapid plasma reagin (RPR) test was positive with a titre of 1:64 and the Treponema pallidum agglutination test was positive. 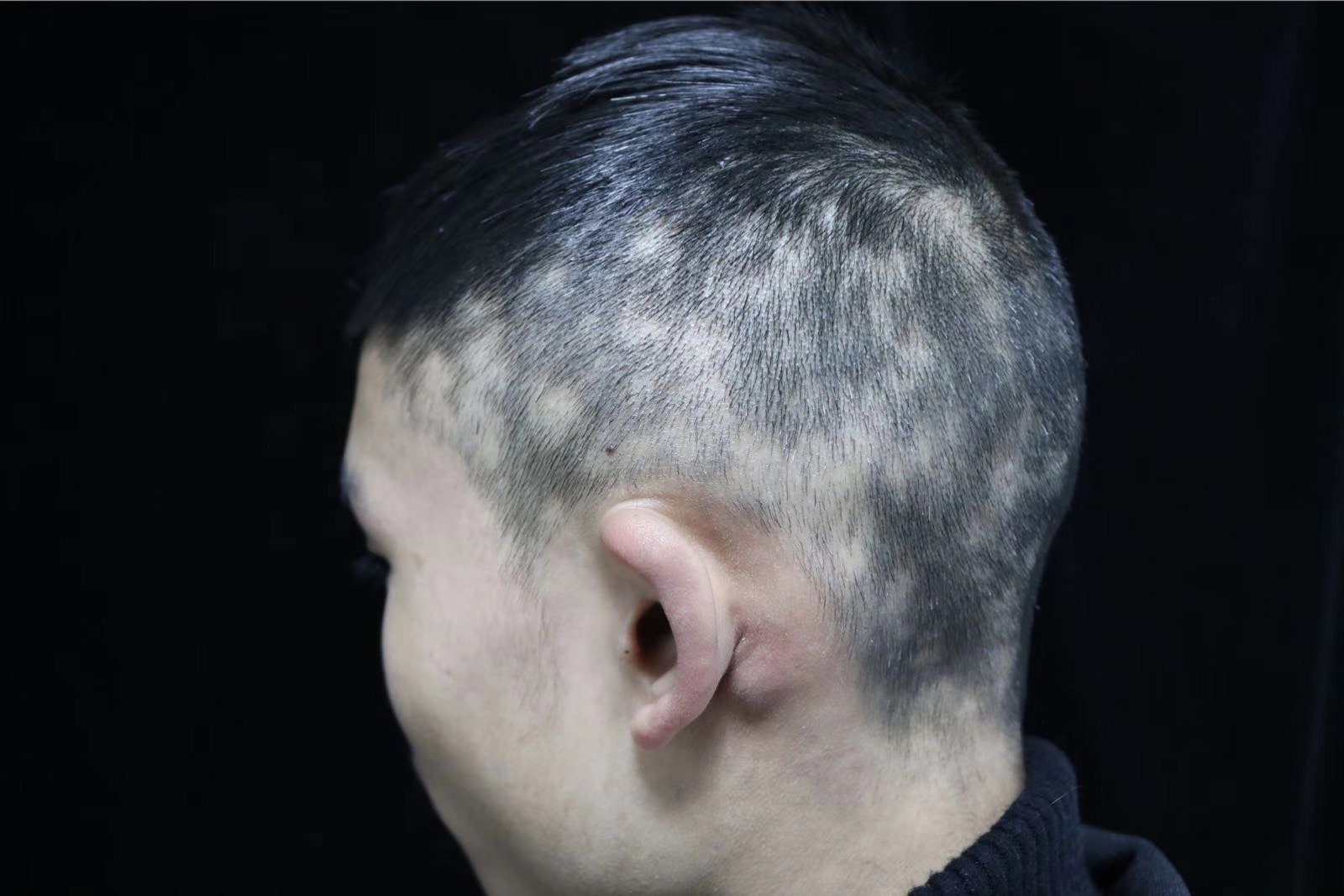 Alopecia with a moth eaten appearance

What is the diagnosis?

The RPR and Treponema pallidum agglutination results indicate that this patient had syphilis. Alopecia occurs in patients with secondary syphilis in 2.9% to 7% of cases.2 The alopecia can be patchy (with a moth eaten appearance) as in figure 2, or diffuse. It can also be associated with a non itchy rash. 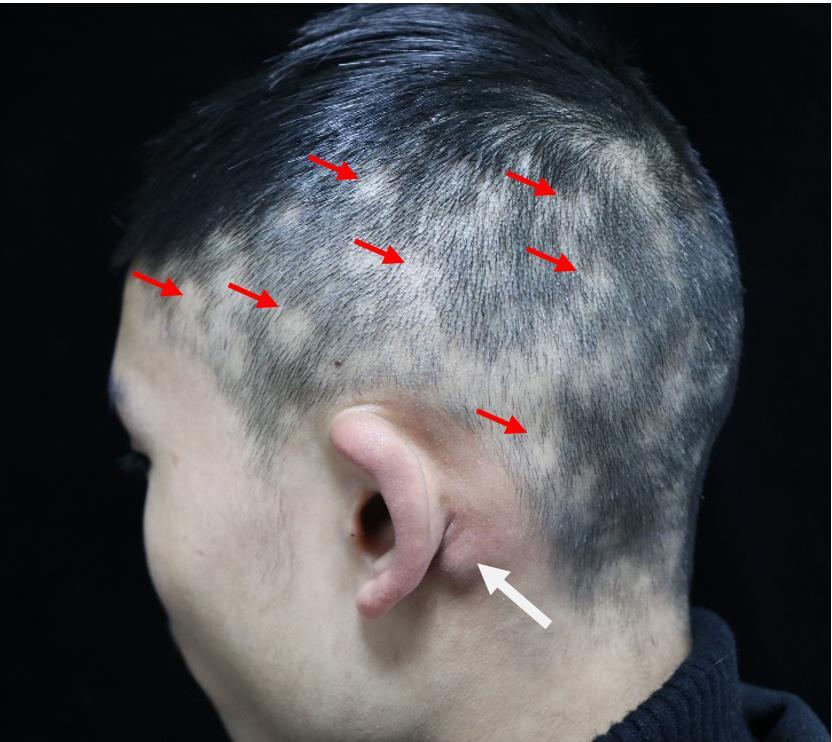 Painless lymphadenopathy is a common feature in both primary and secondary syphilis; however, in some cases alopecia is the only clinical sign of syphilis.3

Intramuscular penicillin G benzathine is recommended as the first line therapy for syphilis.5

The patient reported no history of genital ulceration or cutaneous rash. He recalled having unprotected sexual intercourse with a female partner approximately two months earlier. The lymphadenopathy resolved within two weeks of starting treatment with intramuscular penicillin G benzathine. When he was reviewed three months later, hair growth was normal.