Ben Goldacre: A great time to be alive 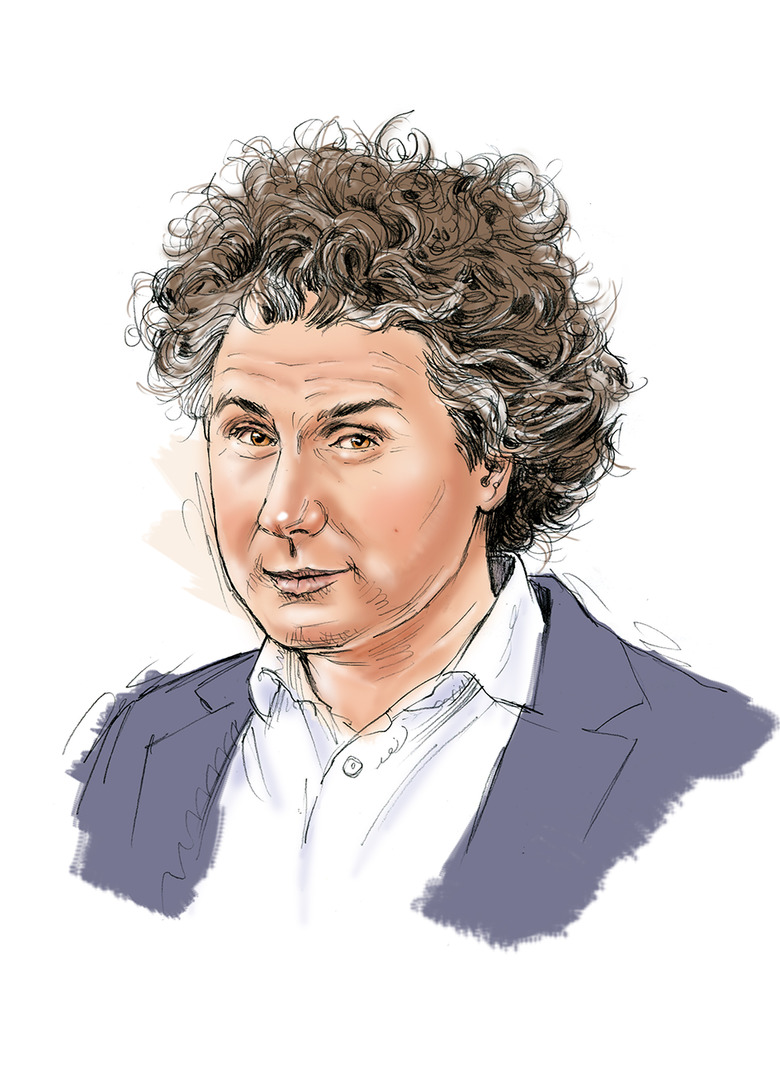 Ben Goldacre, 44, is a senior clinical research fellow at the Nuffield Department of Primary Care Health Sciences in Oxford. He is a doctor, academic, and science writer whose book Bad Science (2008) propelled him to international fame, selling 500 000 copies in the UK alone. A champion of open data, he is a founder of the AllTrials campaign to reform medical evidence by making clinical trials transparent and accessible. He qualified at Oxford and University College London Medical School and specialised as a psychiatrist before training in epidemiology. He runs ebmDataLab.net in Oxford—a mixed team of engineers, clinicians, and researchers building practical tools to improve the use of data in medicine.

What was your earliest ambition?

I’ve copied my parents without considering any other options: my dad’s an epidemiologist, and my mum’s a stage performer. Good family role models are a privilege—and a bigger leg-up than money.

If you could be invisible for a day what would you do?

What TV programmes do you enjoy?

I’m not sure that I think of it as TV any more, in the sense of a big mast controlled by a TV executive. You can pay for Grey Gardens, torrent some 1980s Adam Curtis, and watch Chinese teenagers copy David Byrne’s dancing at the end of Stop Making Sense on YouTube. All while doing emails on the sofa. This is the greatest time to be alive.

What was your best career move?

Career moves are like personality traits: the same core elements can do good and harm. A decade of weekly newspaper columns on flaws in scientific claims was great discipline, as it forced me to practise writing and arguing, to fight and accept imperfection to a deadline. But in retrospect, on top of full time clinical posts, the workload messed up some other things, professionally and privately.

Who is the person you would most like to thank, and why?

The many colleagues whose voices I’ve adopted. How you say things has great power to make ideas stick or change behaviour, and that’s a huge part of medicine, academia, and policy. Every day I hear from my own mouth the voices and manners of people I’ve worked with, whether they’re doctors, writers, comedians, or researchers. Similarly, sometimes I think—I hope—that I see people use elements of my voice where they see fit. This is humanity.

What book should every doctor read?

I’m a campaigning writer, so I say with no shame: read my stuff. I write for a reason. I want more people to understand evidence, data, statistics, trials, policy making, systematic reviews, and more. Read it, criticise it, plagiarise it, give it away: I hope that it’s useful. Medicine has huge systemic problems that we can easily fix—we just need the insight and ambition.

What unheralded change has made the most difference in your field?

Software. Every clinician and researcher should learn to write a line or two of code, in Python or anything. You don’t need to be fast or good (I’m hopeless). But you need enough to be creative: spot opportunities for projects, understand the structures, work creatively in a team with engineers to process noisy data into tools that support better care. I’m baffled that we’re not building capacity in this area, and I’m appalled by the people who have taken money and pretended to do that job without delivering.

Do you believe in doctor assisted suicide?

It’s hard. People should be able to choose to die; but long term follow-up data show that people who are prevented from killing themselves are often very glad to be alive.

What is your most treasured possession?

I don’t treasure any specific phone, but I love all phones. The internet, and easy ways to get things on and off it, has made me happier than anything. I’ll never take this for granted.

If you were given £1m what would you spend it on?

A cadre of grant writers. Funders are a key barrier to better care: for all of their rhetoric, they still just want cookie cutter observational epidemiology projects and journal publications, when we could be turning data into tools and services.

What was the worst mistake in your career?

I should’ve formed a gang sooner. Working alone is great, and writing and doctoring bring instant rewards: you make a decision, give a prescription, ship a book or an article, and your output may not be perfect but at least it’s tangible and final. Building bigger projects is harder and less certain, but great fun. AllTrials.net was the first time I really shared a project, and my current DataLab team in Oxford overwhelm me. We need a word for professional affection: a mix of admiration and gratitude but also a glorious, mischievous sense of taking on the world together, win or lose.

Have you any regrets about becoming an epidemiologist?

Fixing systemic problems in healthcare is one of those rare points of leverage in our society where a small number of people can still do a lot of good and have a lot of fun. The ideas are interesting, and the problems aren’t yet fixed. I’ve often heard doctors say that they feel frustrated at not living through the early 20th century, when the big obvious prizes in medicine were sitting around, waiting to be claimed. I think that better use of data, evidence, and software in medicine is the big open goal right now. The only barriers are the outdated legacy ways of working, with their attendant confusions and powerbases.

Where or when are you happiest?

I worry about death stupidly, all of the time—myself, people I know, even numbers in mortality tables. The upside is that I’m truly delighted by every crummy fragment of life: chasing kids across a meadow, reminding myself how organelles work, taking the bins out, losing a battle. It’s all been bloody marvellous. I want millennia, please—not decades.

What poem, song, or passage of prose would you like at your funeral?

Anything written after the year 2065.

Who has been your biggest inspiration?

The notion of outright “heroes” makes me queasy, but I do constantly ask people how they got things done. These questions can make you sound stupid, but feeling comfortable with this is a good use for the arrogance that comes with medicine.

Anyone I’ve annoyed by being bad at admin. I’m better now, I promise.

What is your guiltiest pleasure?

Messing around with analogue modular synthesisers.

What personal ambition do you still have?

All of it! I’m 40 years from retirement.

Summarise your personality in three words

Where does alcohol fit into your life?

What is your pet hate?

What would be on the menu for your last supper?

Please stop talking to me about death.

If you weren’t in your present role what would you be doing instead?

I’ll only ever be doing the same thing but in different ways, maybe in different places, and hopefully with more people. If you’ve got any resources for me or my team then email ben@badscience.net. Chop chop, there’s work to do!

See other articles in issue 8190