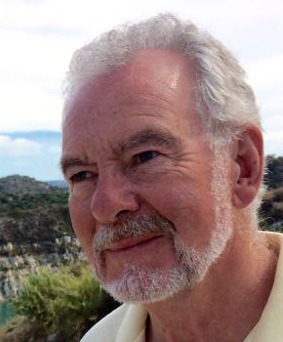 Born on the Isle of Man into a naval and teaching family, Roger Crabtree grew up mending things, from cats’ broken legs to bicycle frames and car engines. After language A levels at school, he changed tack to study first MB at the Royal Free Hospital School of Medicine. He was notably a flamboyant editor of the Royal Free’s journal and secretary to the Royal Free Dramatic Society, using his eccentric graphic and cartoonist abilities equally for the 1974 student film that portrayed the move of the hospital from Gray’s Inn Road to Hampstead.

As GPs in East Molesey, Surrey, he and his wife, Barbara (author of this obituary), rebuilt their pre-war houseboat as a seagoing vessel, the first indication of his devotion to wooden boat preservation and use.

In Somerset from 1985 to 2006, Roger was one of the founder members of the West Somerset young GPs’ support group, an educational and social forum for new GPs. He led the training of medical students and GP registrars in his practice in Bishops Lydeard, and was one of the first to apply modern adult learning methods to continuing medical education. He was instrumental in forming the highly successful Deane Doctors, the out-of-hours cooperative in the Taunton area, as he believed that work-life balance was an essential prerequisite to mental health. He was GP tutor at Taunton’s postgraduate centre, facilitating closer cooperative working between primary and secondary care.

On leaving practice in 2006 he put his lump sum into buying Tectona, an 85 foot gaff rigged ketch built entirely from teak on a beach in India in 1928. In 2008, with Barbara and 10 friends, he sailed her from the Mediterranean to Plymouth, where she had been the sail training vessel for the Plymouth School of Navigation from the 1960s to 1980. He founded the Tectona Trust, which aims to provide, through experience of the sea on a traditional sailing vessel, a milieu to help people of all ages, but particularly adults in recovery from addiction and mental health problems. Roger applied his skills as a sailor, educator, boat repairer and engineer, in supporting the running of Tectona. The larger Island Trust Charity maintained and paid for crew for her from 2009 to 2018, in return for her use to help disadvantaged young people.

Through Plymouth University, Roger initiated the development of training courses to improve the standards of sail training for their professional crews. Since 2014 he has been tutor for a uniquely popular “self selected unit” through the humanities department, entitled “At Sea With Recovery.” Here two medical students learn about recovery from addiction by joining 10 people in recovery plus three professional crew on a week’s voyage.

Roger collapsed while sailing singlehanded in his smaller ketch, Good Hope, in Plymouth Sound. He was able to send a mayday call and had just dropped the mainsail and started the engine. He died two days later in hospital .

Roger’s charisma, wisdom, warmth, compassion, and wit were inspirational to many doctors, not least in his role as appraiser and, later, pastoral officer for individuals and practices, working for the local medical committee, in which he was still actively involved when he died.

Roger as seafarer was remarkable for his zest, cheerfulness, empathy with others, and unquenchable enthusiasm, which he shared by word and deed. His vision for Recovery at Sea continues to be carried forward as a legacy of an unforgettable man.

He leaves his wife, two children, one grandchild, two brothers, and his mother (aged 100).