It’s not just women who have a discrepancy in pay, John Appleby finds—and the ethnic differences warrant further investigation and explanation

The secretary of state recently commissioned the president of the Royal College of Physicians, Jane Dacre, to examine the gender pay gap among doctors in the NHS,1 but is it time we examined the ethnic pay gap, too?

The NHS is one of the largest employers in the world3 and the single largest employer in the UK with around 1.6 million directly employed staff, and 1.2 million in England. In England, a higher proportion of NHS staff identify as belonging to a minority ethnic group compared with the population as a whole (20% in December 20174 versus 15% based on the 2011 census5). For NHS doctors (excluding general practitioners), however, the proportion of black and minority ethnic (BME) staff varies from 37% for foundation year 1 doctors to 60% for specialty doctors (fig 1). 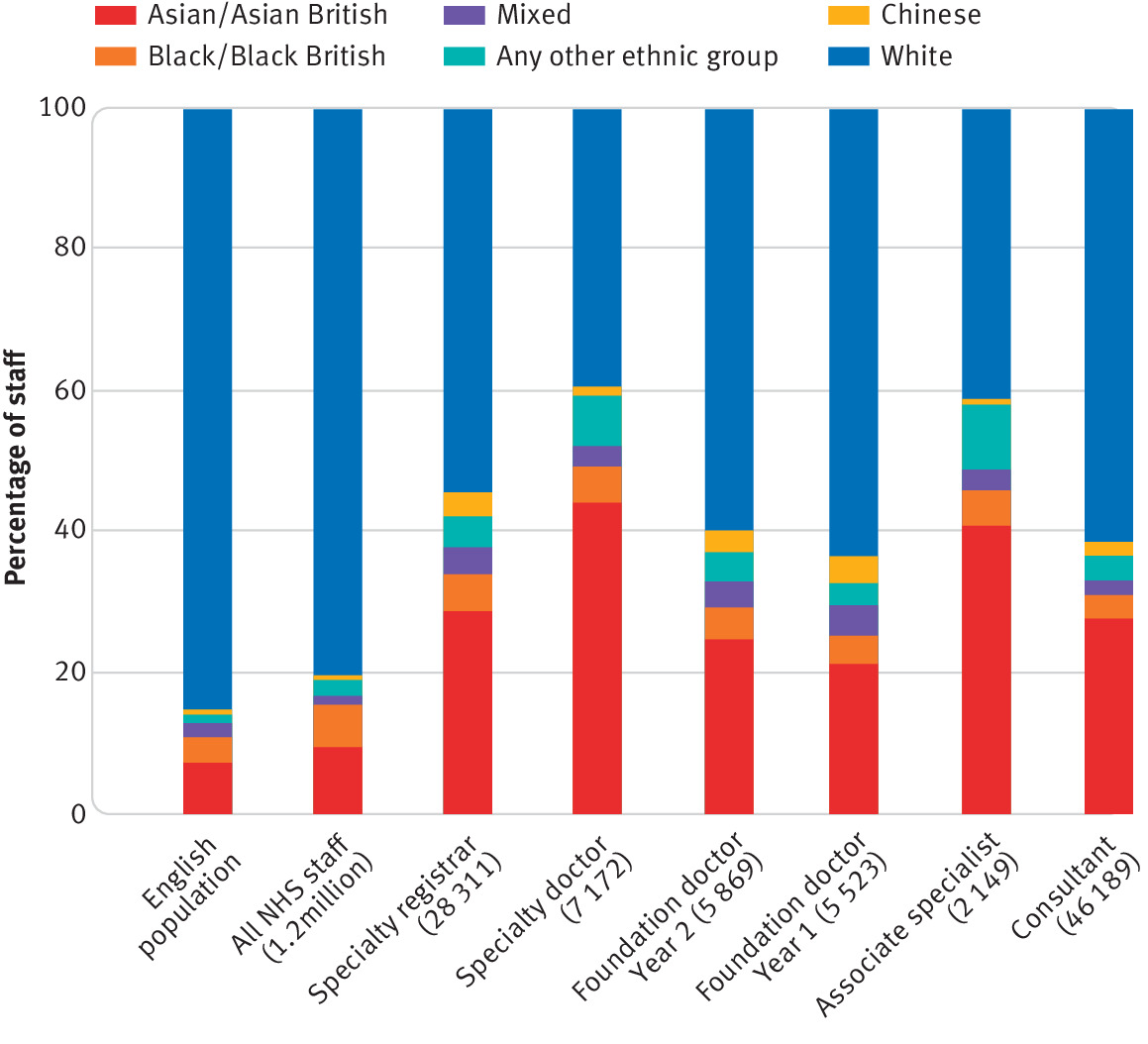 So how does the pay of NHS doctors vary by ethnic group? Basic pay data—extracted from the NHS Electronic Staff Record—for December 2017 for doctors in England directly employed by the NHS, coupled with doctors’ self identified ethnicity category, show differences in median basic pay between white and BME doctors.4 For nearly all grades and types of doctors the gap in median basic pay is small, ranging from close to zero for foundation year 2 doctors to 1%, favouring BME associate specialist doctors (fig 2). 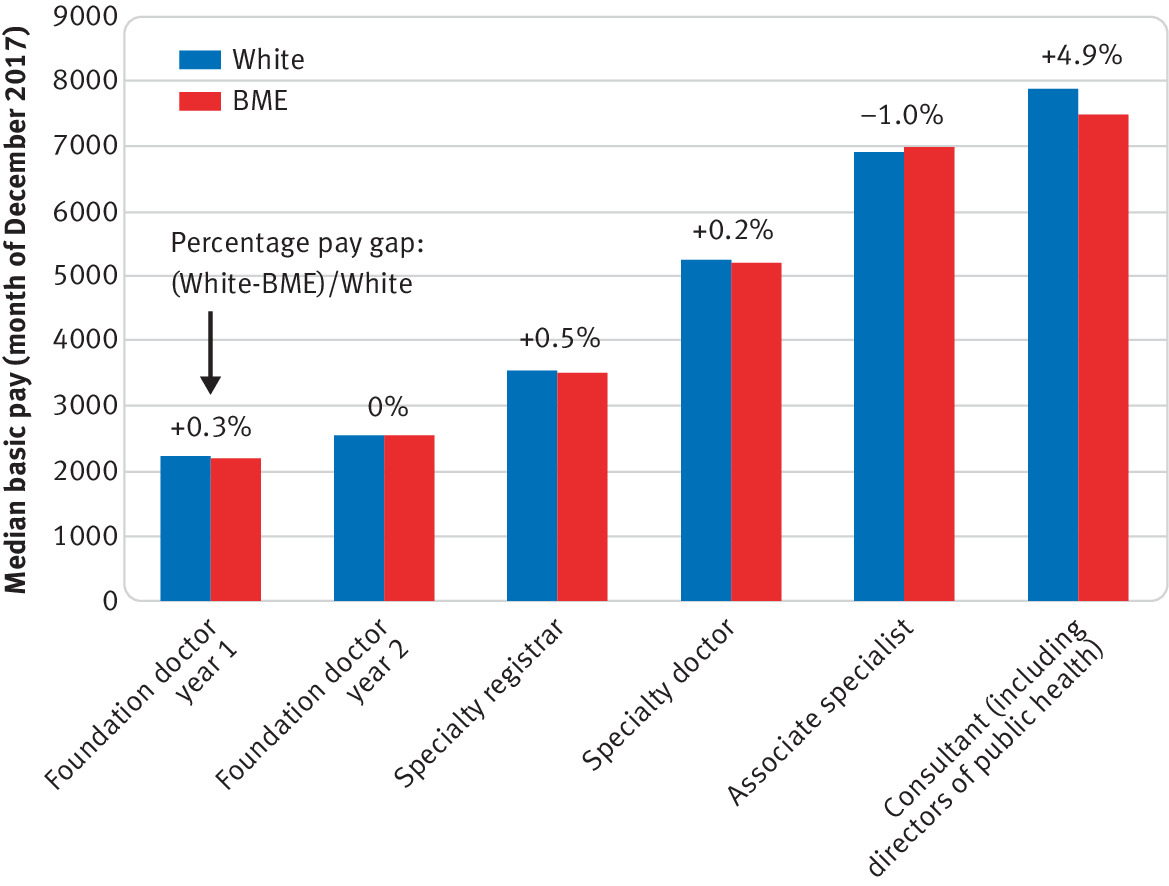 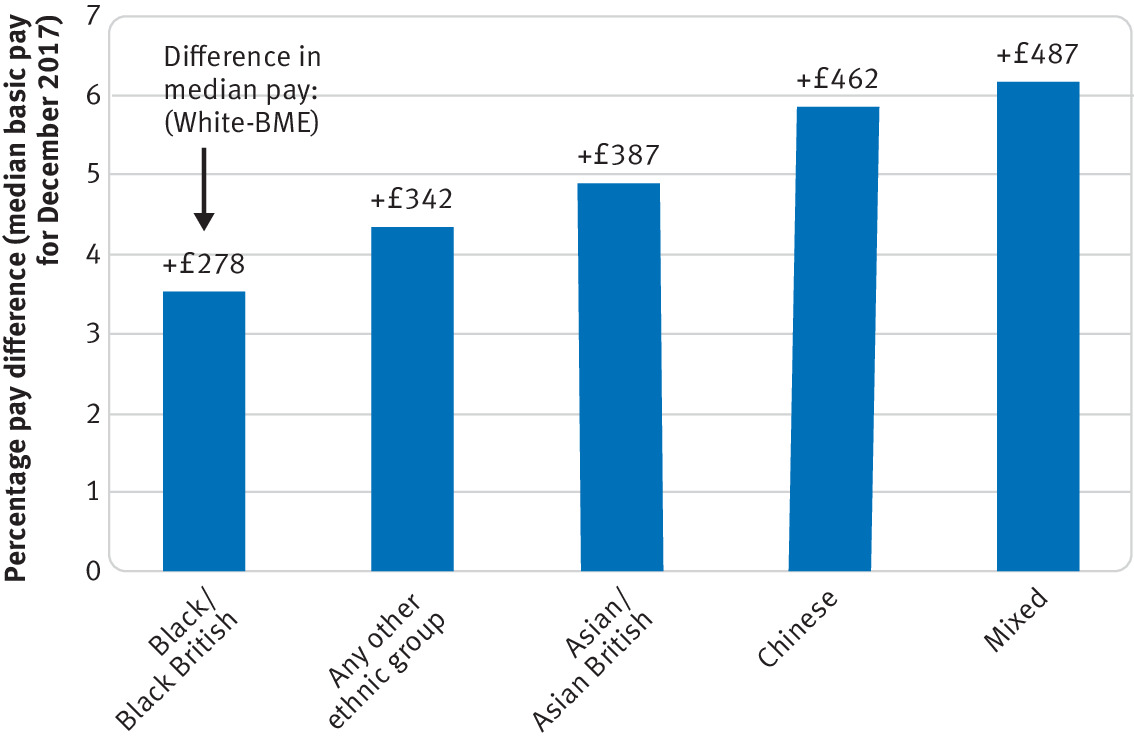 It is one thing to identify pay gaps between staff, another to explain them. As with the gender pay gap (and as the Office for National Statistics and other analyses have shown67), the ethnic pay gap among consultants will be driven by several factors. Part of the explanation may be differences in the age profile of white and BME consultants. As figure 4 shows, white consultants tend to be older, and if age is taken as a proxy for experience, and experience is positively linked to remuneration, then we would expect to see some difference in pay. 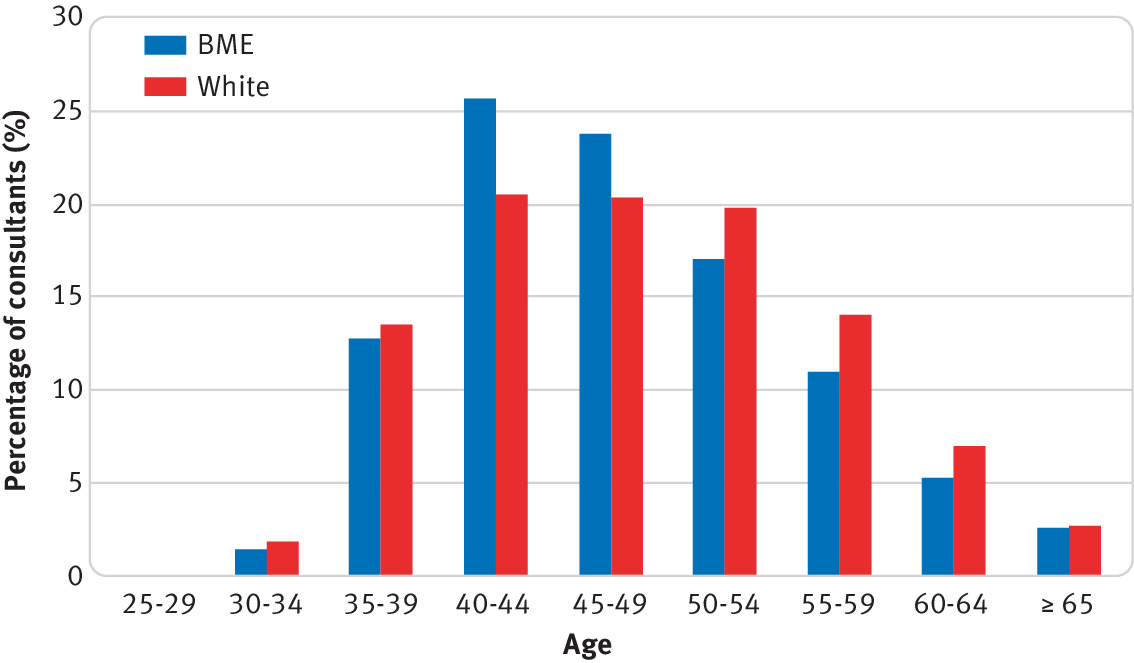 Age profiles for white and BME consultants in England4

However, there will be other explanations too—some warranted, others not so much. These, as with the gender pay gap, are worth investigating further.