NHS England’s plan to pull the plug on ineffective procedures 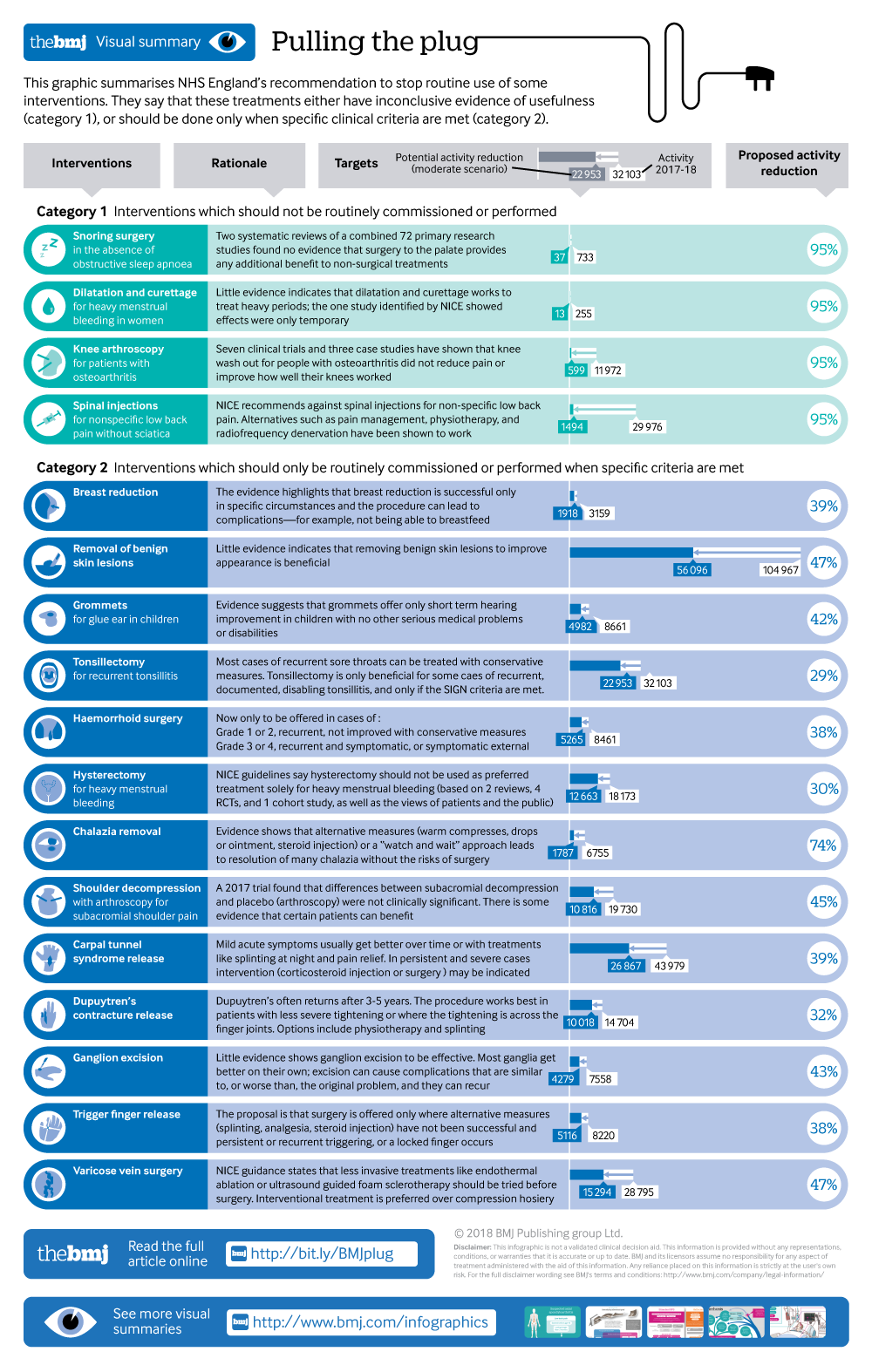 An overview of the 17 interventions that NHS England say should be performed less frequently, and their rationale for these changes.

Is NHS England’s recommendation to stop routine use of some interventions an ethical imperative to improve patient safety or rationing in a cash strapped NHS? Ann Robinson reports

NHS England ​proposed last week ​to stop or reduce routine commissioning of 17 interventions, including surgery for snoring, back injections, and knee arthroscopy for osteoarthritis, in favour of “less invasive, safer treatments that are just as effective” (see infographic).1

Many clinical commissioning groups already restrict access to some of these treatments, but NHS England wants nationwide consistency within two years. A 12 week consultation ending on 28 September allows clinicians, patients, and NHS organisations to comment.

You can’t accuse NHS England of a lack of transparency: the board meeting’s papers ​are online2 and the launch was​ live streamed. But is this rationing in sheep’s clothing? Or is it an ethical drive to stop doctors doing things that we know don’t work? Can we live without the 17 interventions? How can we justify it to our patients? And are these procedures the thin end of the wedge?

NHS England has identified two categories of interventions it wants defunded. Category 1 procedures have inconclusive evidence of usefulness. “It seems sensible not to commission them routinely,” says Jonathan Montgomery​, ​professor of healthcare law at University College London. “There may be evidence that they work unpredictably or are no more likely to work than you’d expect randomly. That’s not quite the same as saying they don’t work at all,” Category 2 procedures should be done only when specific clinical criteria are met. They have “become habit, and we’ve lazily carried on despite the evidence,” Montgomery says. “Putting procedures into this category will force clinicians to think, ‘Does this make sense?’”

NHS England’s states its aims as a “hierarchy of goals”: to reduce avoidable harm …

See other articles in issue 8161