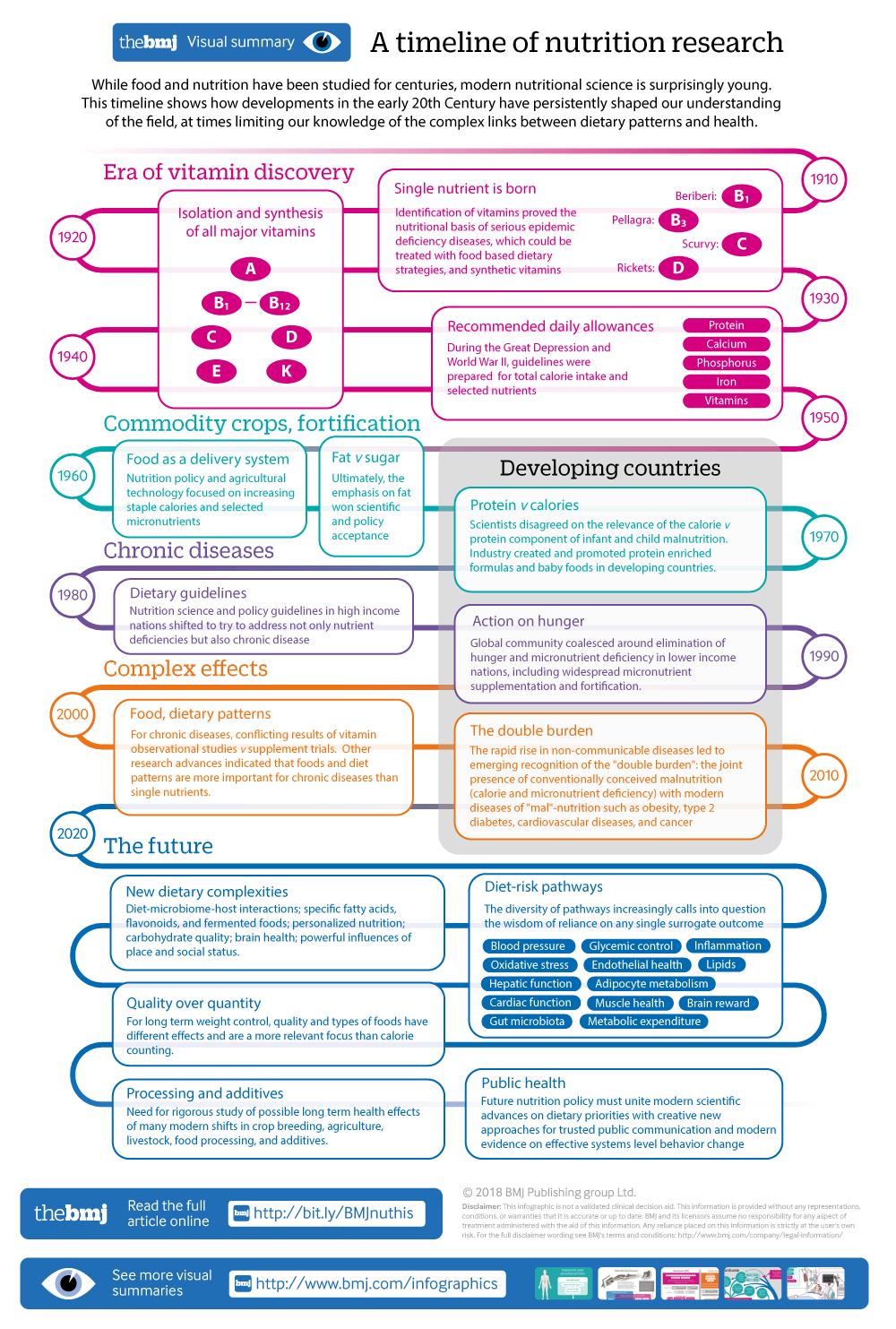 A timeline of nutrition research, from the era of vitamin discovery in the early 20th Century, through current research on complex effects of dietary patterns, and onwards to the future possibilities for nutrition research and public health implementation

Click here to read other articles in this collection

Although food and nutrition have been studied for centuries, modern nutritional science is surprisingly young. The first vitamin was isolated and chemically defined in 1926, less than 100 years ago, ushering in a half century of discovery focused on single nutrient deficiency diseases. Research on the role of nutrition in complex non-communicable chronic diseases, such as cardiovascular disease, diabetes, obesity, and cancers, is even more recent, accelerating over the past two or three decades and especially after 2000.

Historical summaries of nutrition science have been published, focusing on dietary guidelines, general scientific advances, or particular nutritional therapies.1234 Carl Sagan said, “You have to know the past to understand the present;” and Martin Luther King, Jr, “We are not makers of history. We are made by history.” This article describes key historical events in modern nutrition science that form the basis of our current understanding of diet and health and clarify contemporary priorities, new trends, and controversies in nutrition science and policy.

The first half of the 20th century witnessed the identification and synthesis of many of the known essential vitamins and minerals and their use to prevent and treat nutritional deficiency related diseases including scurvy, beriberi, pellagra, rickets, xerophthalmia, and nutritional anaemias. Casimir Funk in 1913 came up with idea of a “vital amine” in food, originating from the observation that the hulk of unprocessed rice protected chickens against a beriberi-like condition.5 This “vital amine” or vitamin was first isolated in 1926 and named thiamine, and subsequently synthesised in 1936 as vitamin B1. In 1932, vitamin C was isolated and definitively documented, for the first time, to protect against scurvy,6 some 200 years after ship’s surgeon …