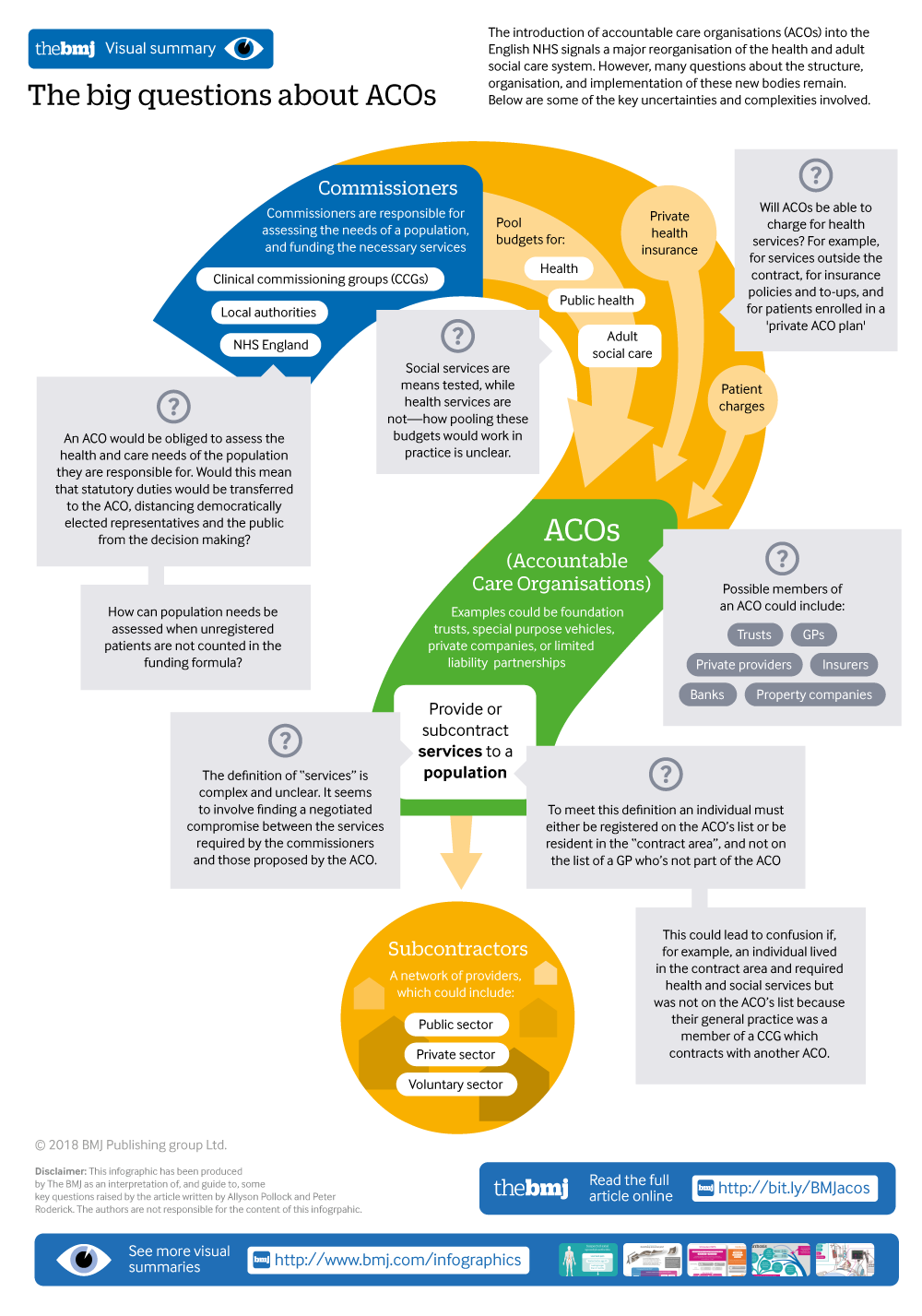 The key uncertainties and complexities of Accountable Care Organisations (ACOs)

The government and NHS England’s plans for a major reorganisation of the health and adult social care system must come under greater scrutiny, argue Allyson Pollock and Peter Roderick

The introduction of accountable care organisations (ACOs) into the English NHS signals a major reorganisation of the health and adult social care system. Plans for ACOs were proceeding without the usual public consultation followed by an act of parliament. However, after the launch of a judicial review (in which AMP is a claimant and PR is assisting the claimants), the government and NHS England have now announced there will be a national public consultation in the spring.1 Consultation and legislation are necessary safeguards to ensure that the plans are consistent with the fundamental principles of the NHS of a universal and comprehensive service that is publicly funded, accountable, and free at the point of delivery.

The term ACO (accountable care organisation) emerged in the US in 2006,2 and became a central feature of President Obama’s health reforms.3 In the United States, ACOs consist of groups of doctors, hospitals, and other providers who are given incentives to improve quality of care and control costs. Providers within the ACO are entitled to a share of any “savings” to the public budget that are achieved.4

ACOs were designed to improve patient experience and control federal expenditure within the US healthcare system, which is dominated by private health and insurance companies. So far the evidence of the effect of ACOs on quality is contested, and at best mixed.5 The projected savings to federal budgets translated into a net loss in 2015, and spending may have actually increased.6

The US insurance based healthcare system is fundamentally different from the NHS, not least in that it does not seek to provide …

See other articles in issue 8139