The number of women choosing a career in medicine has begun to rise after a decade of decline, data from the Higher Education Funding Council for England show. 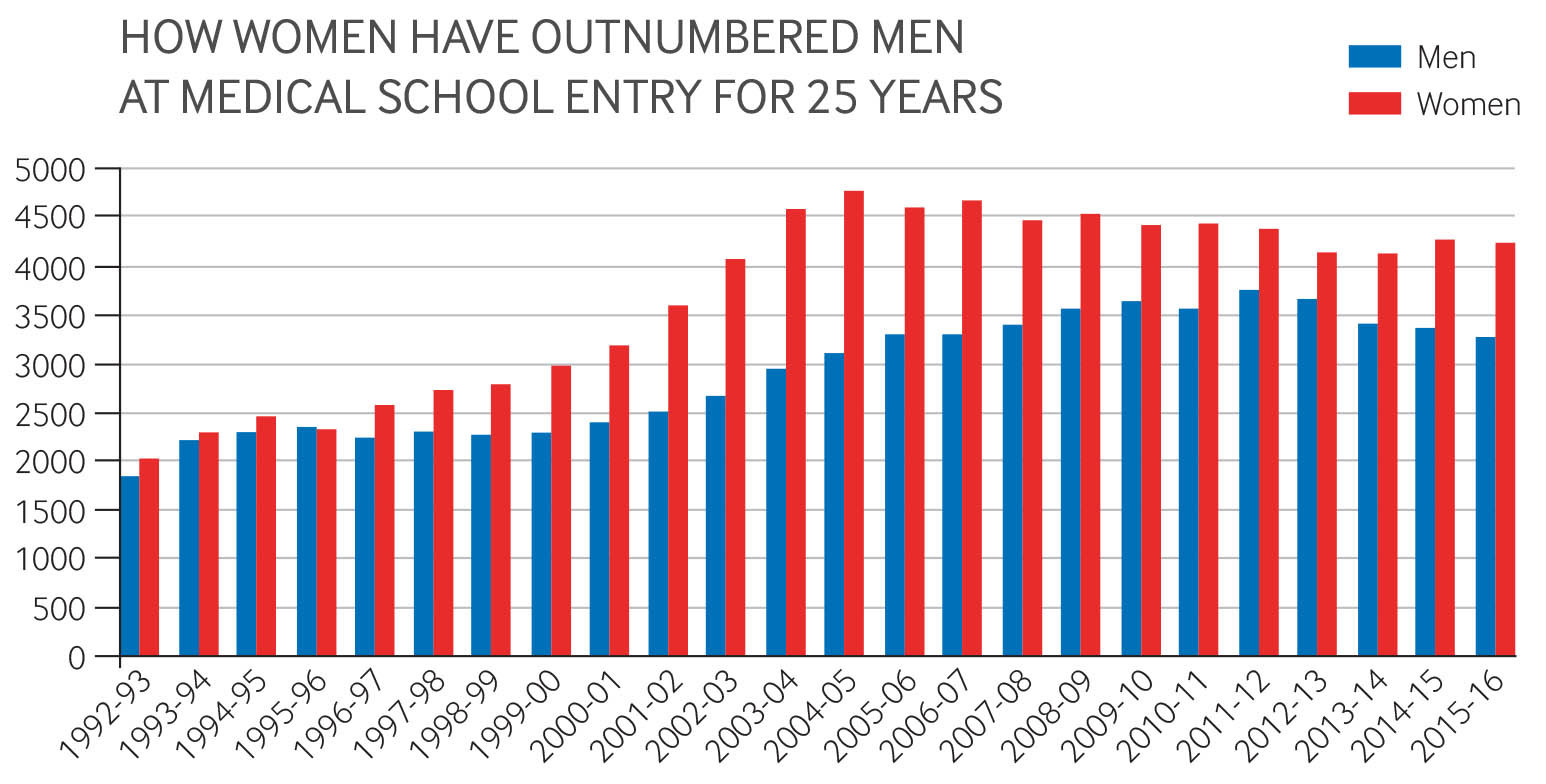 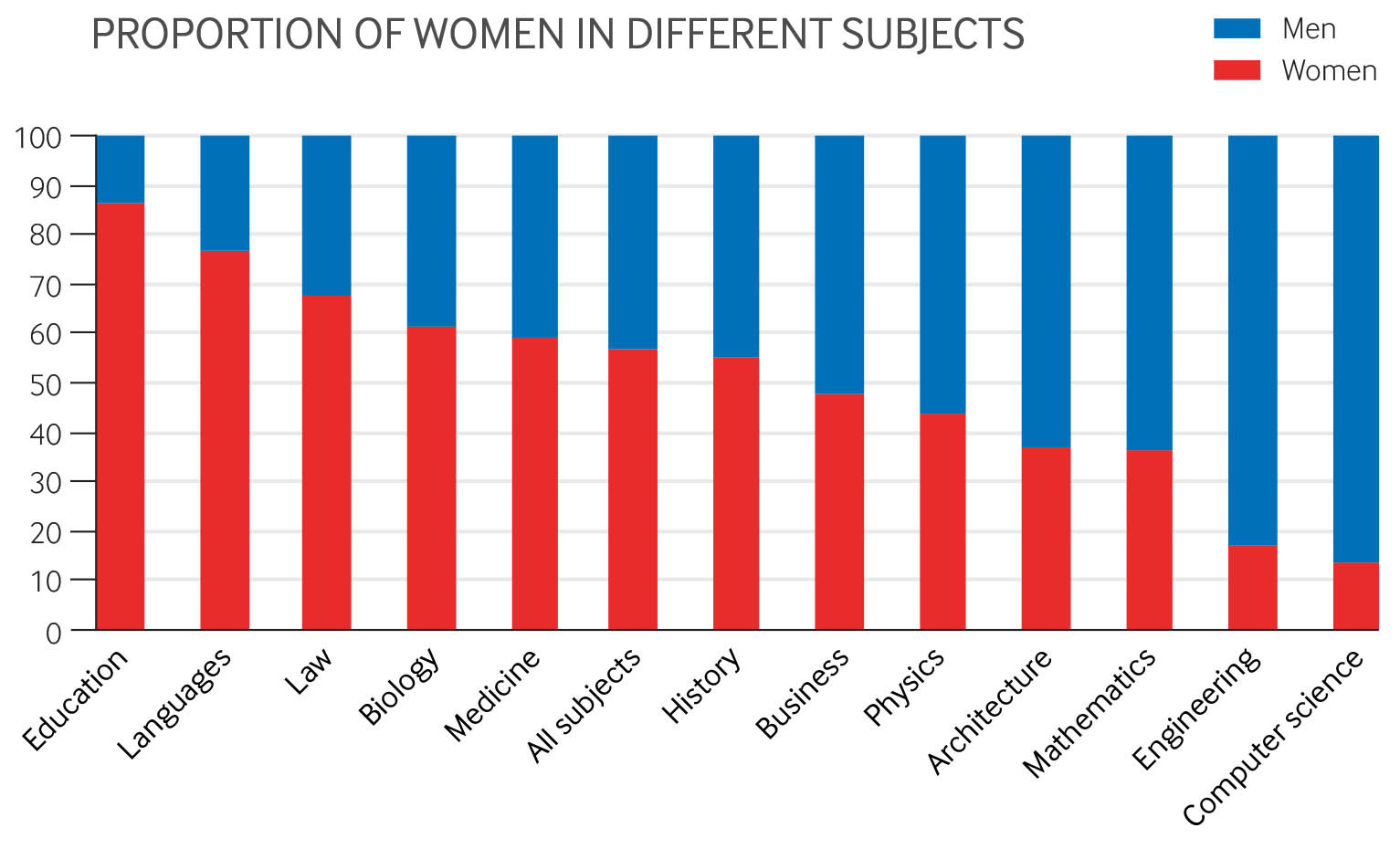 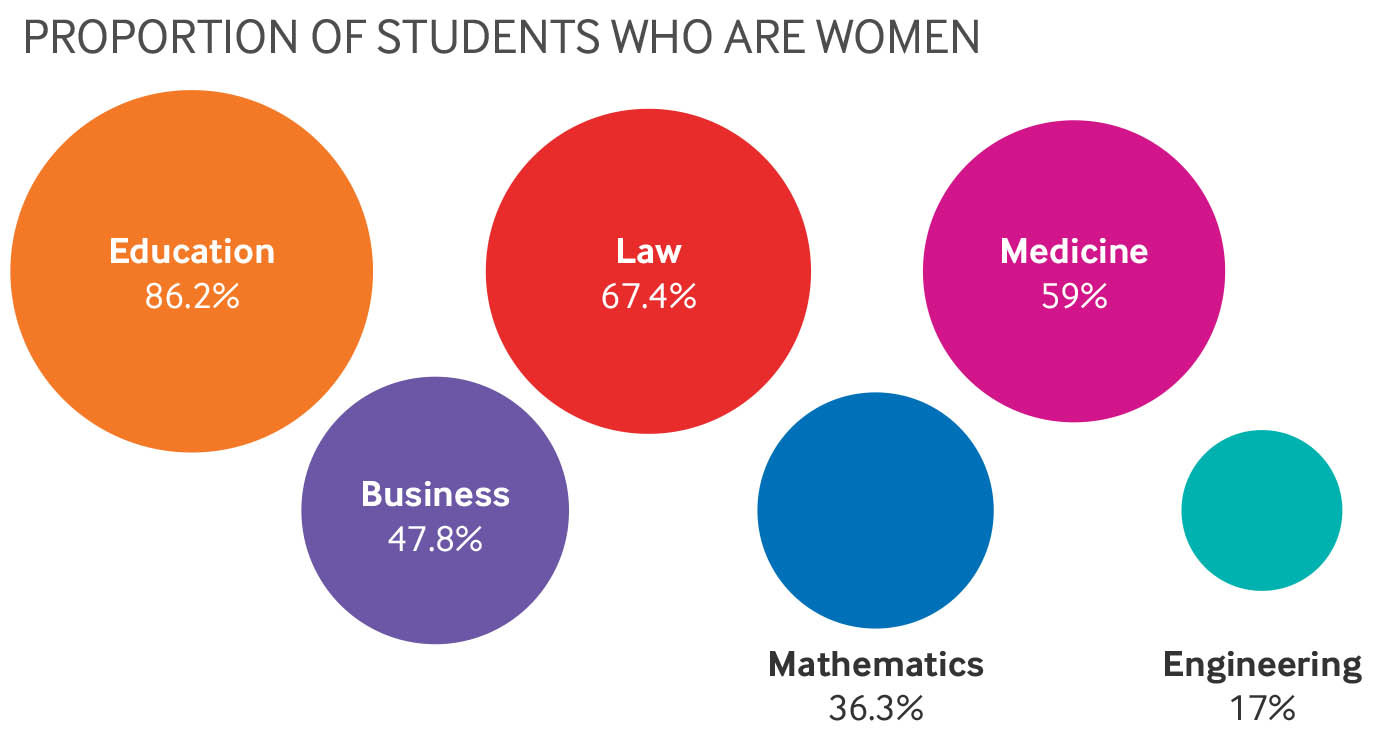 Women outnumber men on a number of other university courses, including biology, education, history, languages, and law, and as a total across all subjects. But men outnumber women among those studying architecture, business, computer science, engineering, mathematics, and physics.

Proportion of women in different subjects