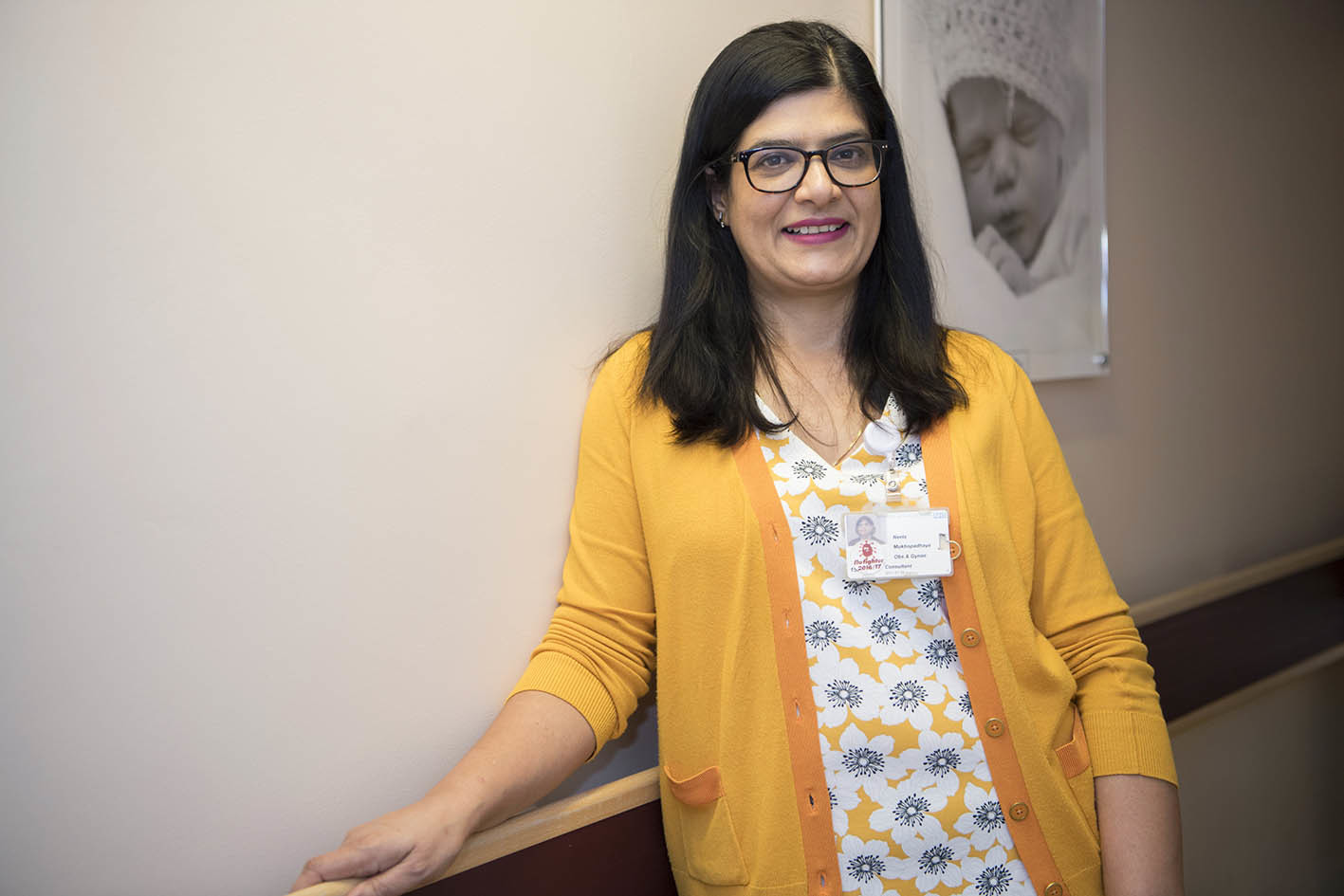 Neela Mukhopadhaya may have delivered hundreds of babies over her 20 year career but she still gets a thrill whenever she hears that first cry.

“I still say to myself ‘thank God’ when I hear that sound. It’s such an amazing thing,” she says.

She clearly loves her specialty—despite the intensity and long hours that come with it—and is keen to point out its merits to students and trainees.

“You have to show them there is another side—this is a specialty where you have the best of medicine and surgery. You can operate, you can do obstetrics, maternal medicine, and fetal medicine. There are so many sub-specialities,” she says.

She believes it is a privilege to help women when they are at their most vulnerable —during pregnancy and labour. And while she acknowledges that obstetrics is stressful, she says the stress can be mitigated.

“Obstetrics is about lateral thinking, planning, having good situational awareness, and good communication skills. You need to have the forethought about what might go wrong and plan,” she says.

Mukhopadhaya was educated and trained in India and, with her husband, a psychiatrist, came to the UK in 1997 after she had finished her postgraduate training.

In her own words, she comes from a humble, middle class family and was taught to follow her passion. She always wanted to be a doctor and work with women, so obstetrics and gynaecology was the obvious choice. She says that UK trained doctors would be shocked at the poor state of the hospitals she trained in, where it was not unusual for a woman or her baby to die in labour.

“It would happen all the time. The training was very good in terms of learning about conditions you wouldn’t normally see in the UK. And I got an insight into how women live and how their health could be improved. Poverty and the lack of education were the main problems in these hospitals,” she says.

Mukhopadhaya’s first job in the UK was in Doncaster, South Yorkshire. “What struck me was the structure. All the processes and protocols, the journeys of patients—everyone was treated in the same way. In India, if you have money, you go to a private hospital,” she says.

With her husband and young family, she then moved to Hertfordshire and got a senior house officer post at Luton and Dunstable Hospital. After this she moved to St George’s in south London to conduct reproductive research and then to Bourne Hall Clinic in Cambridgeshire, where in vitro fertilisation was pioneered. In fact, she attended the 25th birthday party of Louise Brown, the UK’s first IVF baby.

However, by this point she was missing the hands-on aspects of her specialism—“I wanted to deliver babies,” she says—so moved back to her clinical rotation.

While Mukhopadhaya may have moved around a lot during her career, one thing has been constant: her love of teaching. By the time she became a consultant in 2011 she was a trainer for the Royal College of Obstetrics and Gynaecology, but soon got involved with her deanery’s foundation programme. And in 2013 Mukhopadhaya was appointed examiner for the college’s part one international programme.

“This has been fascinating and I’ve travelled widely—back to India but also to China and the Middle East. I found it so fascinating to go back to my basic sciences and link them to clinical practice. I stay in touch with students and it’s inspiring to see how many people have done well,” she says.

Mukhopadhaya was appointed clinical director for gynaecology at her trust three years ago and she says that taking on a senior role has brought its own challenges, especially negotiating her new relationship with consultant colleagues who remember her as a junior doctor at the trust.

“The best way is to be honest, open, and fair. You have to treat everyone the same and if it’s wrong you have to highlight it and escalate it. You will be criticised at times but you have to learn to develop good emotional resilience. I found it difficult because I grew up in a society where you don’t challenge your teachers and elders but I have learnt to challenge people in a positive way,” she says.

However, she is also keen to give the same support to her junior colleagues as she has been given throughout her career. “It’s my payback time. These are the doctors of tomorrow and the leaders in the NHS—if we don’t inspire them, who will?”

“Neela juggles multiple roles with poise and grace. Not only is she an excellent administrator she is a keen academic too. One of her striking qualities is how she boosts confidence in the less motivated trainees. There are high attrition rates in obstetrics and gynaecology training and she puts in a lot of effort to ensure that the trainees who are not doing so well are able to meet their desired outcome.”