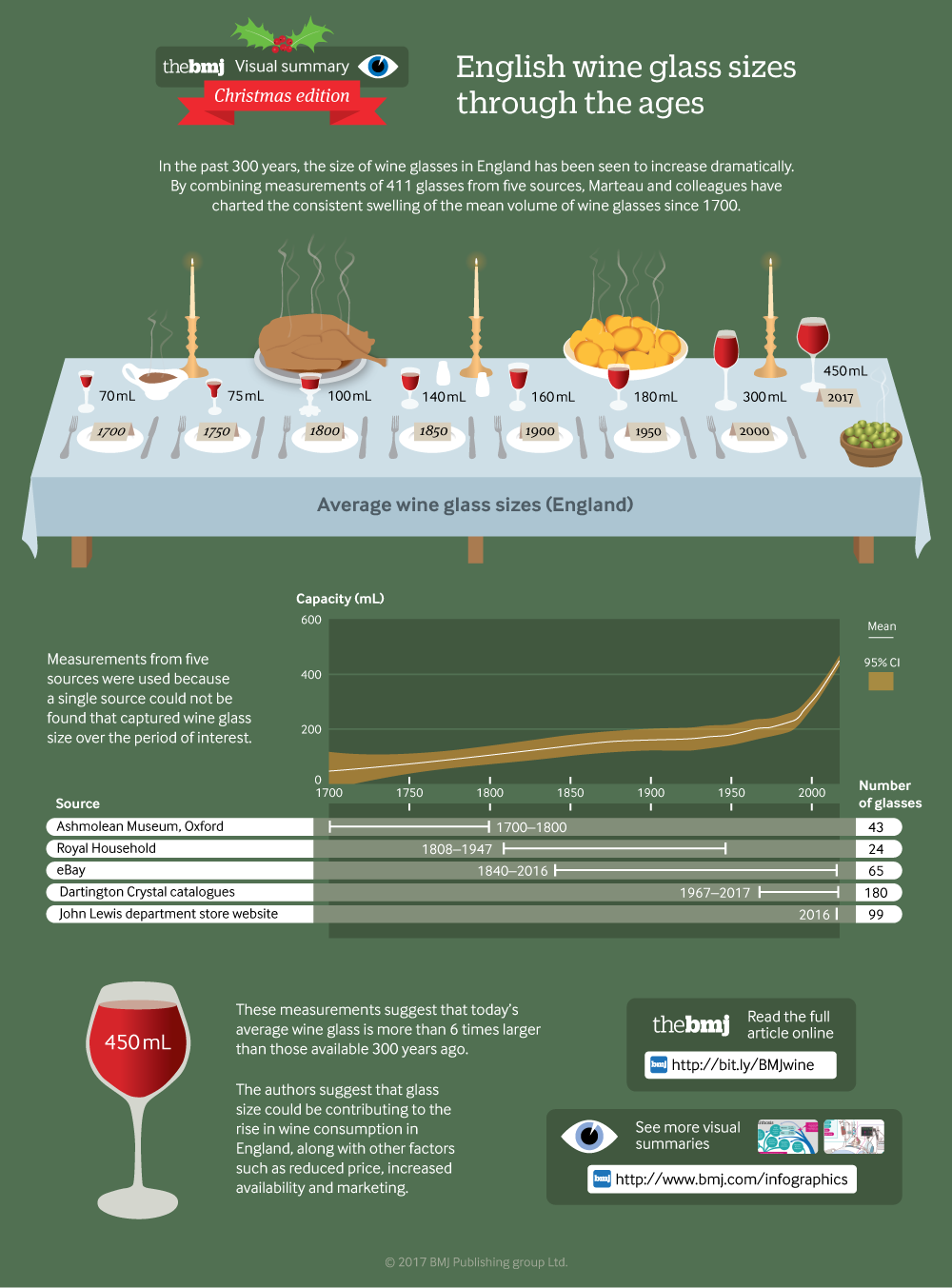 Larger tableware is known to increase food consumption11: plate sizes have increased over the past 100 years,12 likely contributing to the prevalence of obesity and overweight.1314 But less is known about glassware’s relation to how much we drink. Studying wine glasses’ capacity over time is an initial step in considering, firstly, whether any changes in their size may have contributed to the steep rise in wine drinking seen in the past few decades and, secondly, whether reducing …