How should I deal with a racially related incident? 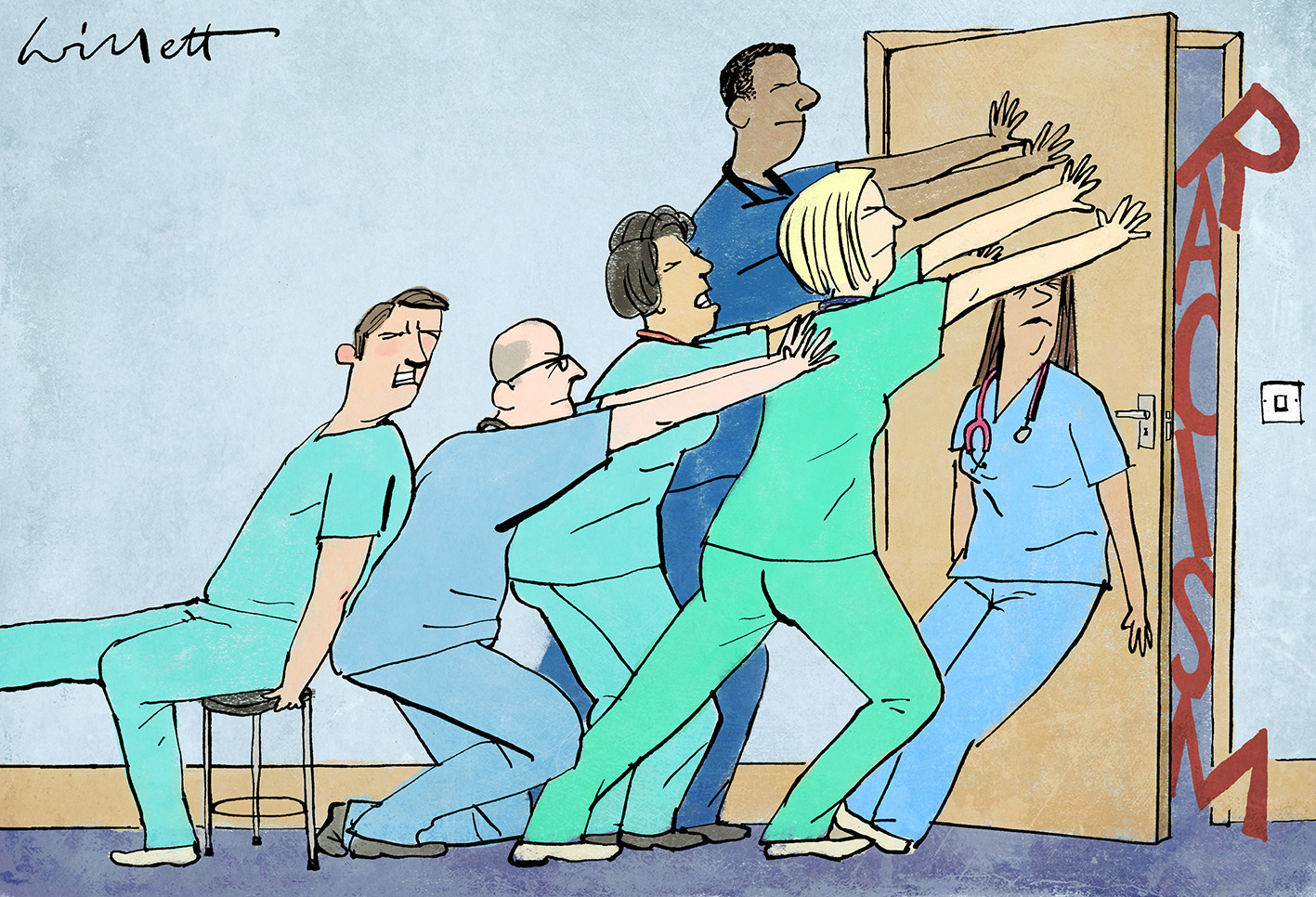 “It can be difficult to challenge patients”

Karishma Singh, GP and member of the Royal College of General Practitioners’ Junior International Committee, says, “The political and social discord created by the outcome of the EU referendum means there has been a rise in reports of racial discrimination towards non-UK trained EU nationals working in the health service.

“Race discrimination in the NHS is often subtle—an unintended consequence of stereotypes and bias. It can be difficult to challenge racial prejudice from patients. It is not unheard of for patients to ask to change their doctor because they are of a different ethnic origin. Since the Brexit vote, racism in society has been more overt, and healthcare professionals are increasingly subject to verbal racial abuse.

“If one is subjected to racial abuse during a consultation—direct or indirect—it is important to remain professional. We need to put first our duty of care towards the patient and ensure the care they receive is not compromised (consciously or unconsciously). If you are a GP, raise the incident with your practice manager and GP partners to discuss how to proceed, and document it separately on an incident form. Contact your medical defence organisation for advice on how to approach a racially related incident, if necessary.

“I would advocate a zero tolerance policy across all NHS trusts and general practices, and there is a need for an organisational culture shift towards challenging racial prejudices amongst patients. From personal experience, the reality is that patients will often apologise after being sent a warning letter.”

Ula Chetty, GP and Royal College of General Practitioners representative to the Vasco da Gama Movement, says, “As a doctor of mixed ethnic origin, the number of racist incidents I have experienced are few. Nonetheless, it is worth describing the intense feelings they can bring—there is an initial shock, accompanied by uncertainty about how best to respond. Then there is anger at being unfairly judged and deemed inferior by someone whom you are trying to help.

“It is important to respond to the incident appropriately. Stay calm and inform your colleagues as soon as possible. Support and your safety are paramount. You can consider police involvement—racial harassment is an offence under the Race Relations (amendment) Act 2000. Also ensure that the incident is documented accurately in an incident form.

“If the patient is acutely unwell, management of their health takes priority and the racist incident can be dealt with retrospectively.

“Educating staff about responses to racism and awareness of cultural sensitivity is important. For instance, receptionists need to have a zero tolerance approach if a patient refuses to see a doctor because of their race. Not only should the request be declined but also challenged. After the Brexit referendum, overt racial harassment is becoming more frequent and everyone has a responsibility in challenging racism in all its forms.”

Sonia Tsukagoshi, chair of the Royal College of Practitioners’ Junior International Committee, says “In 2014, Nadeem Moghal reported a case in the BMJ where parents refused treatment for their child from any black or minority ethnic (BME) doctor.[1] After over a year of the medical staff conceding to their wishes, this case was exposed, this view challenged, and the family finally relented.

“Racism can take many forms. It is easy to pick up on direct racism, like that from the parents in this case. However, institutional racism—where the discrimination is so normalised within a society that members may be unaware of performing practices of racism—is much harder to identify. By accepting the wishes of the parents, albeit in the name of patient care, one can argue that the medical staff unwittingly marginalised and undermined their BME colleagues.

“‘Racism’ is a dirty word in modern times which can create its own challenges in tackling the issue. Many recipients may overlook micro-aggressions, such as casual racism, as part of their day. Therefore, it is up to the rest of us to avoid bystander apathy by ensuring that these acts are recognised and not tolerated. We need to start the conversation, examine our own implicit biases, and challenge existing paradigms. An agreed zero tolerance policy ensures that boundaries are clear and everyone, including patients, knows what is expected of them. We are lucky that in the UK we serve a diverse population and we should strive to ensure that our workforce reflects that.”

1 response
Email to a friend