Diagnosis and management of cystic fibrosis: summary of NICE guidance 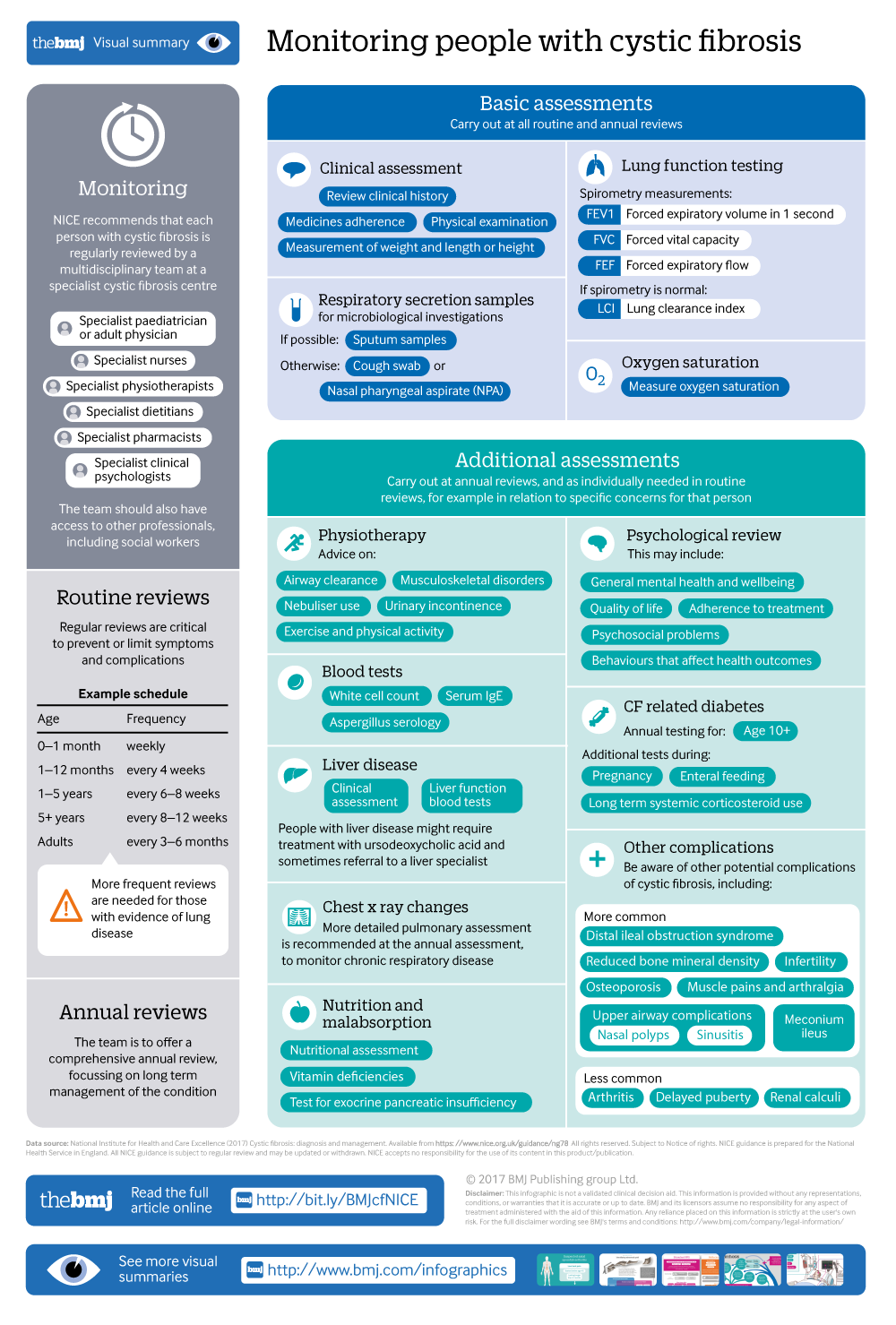 Cystic fibrosis is a life limiting autosomal recessive disorder that affects up to one in 2500 babies born in the UK. It is caused by mutations in the cystic fibrosis transmembrane conductance regulator protein, which acts at the cell surface in all mucus producing organs in the body. It is a multisystem disorder, affecting the lungs, pancreas, liver, and intestine. It is usually diagnosed in the UK through a neonatal screening programme, although diagnosis can be made later, and even in adult life.1 The median age at diagnosis is 2 months.1 In the past, when early death was common, cystic fibrosis was uncommon in adults, but with improved management this is no longer the case in more developed countries. However, in low income countries, mortality in childhood is still high.2 At present, more than 60% of people on the UK cystic fibrosis registry are aged over 16.1

This article summarises the recent National Institute for Health and Care Excellence (NICE) guidance on the diagnosis and management of cystic fibrosis in children, …

See other articles in issue 8127