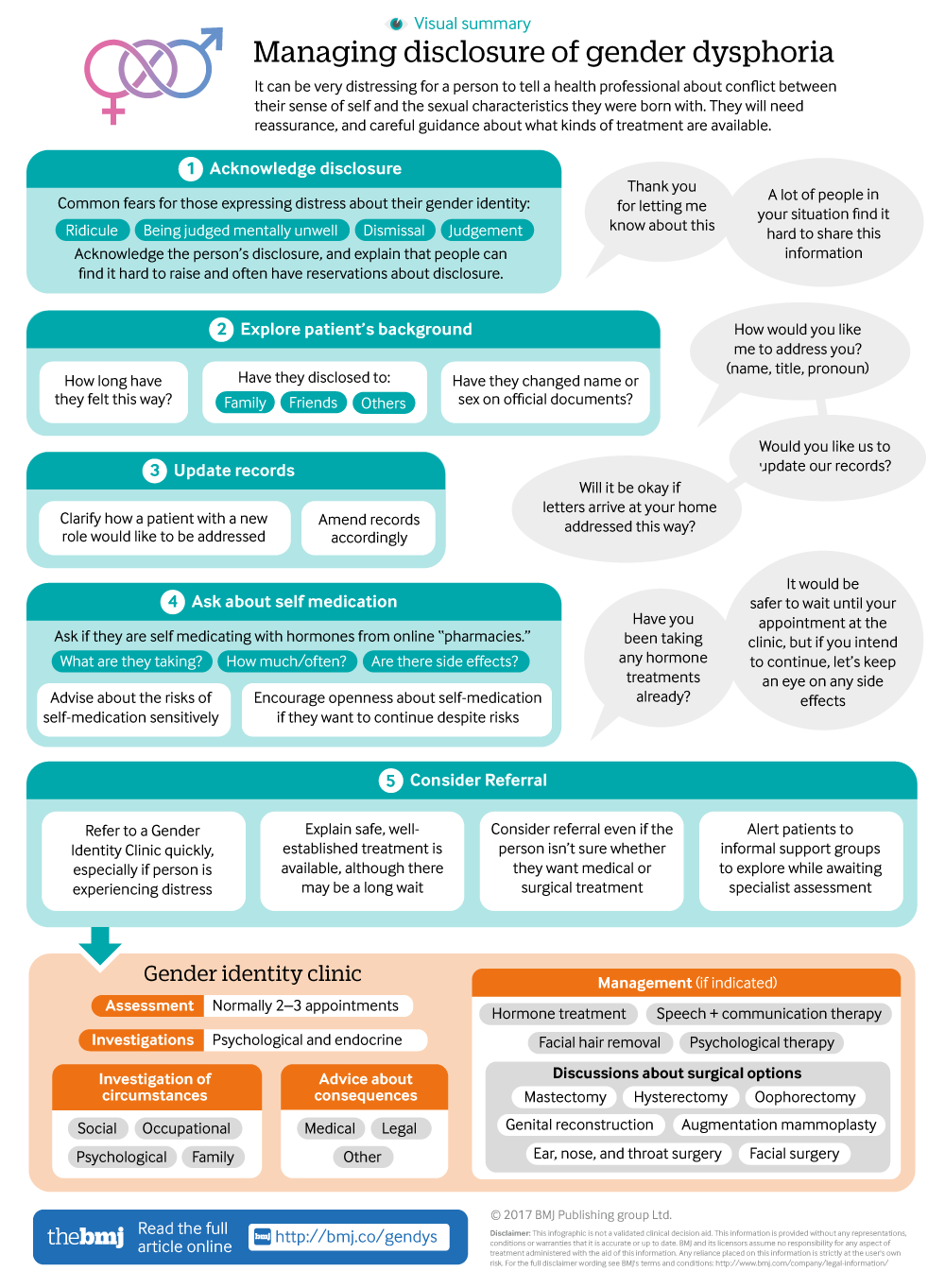 A visual summary of managing patients disclosing gender dysphoria, encouraging cooperation and respect to get the best experiences and outcomes for patients.

About 0.6% of the population identifies as transgender1 2 according to healthcare records, although the actual number might be higher. In the 50 years since UK NHS services started, more than 130 000 people have changed social gender role. A variety of doctors, including non-specialists, might at some time in their career be approached for help by someone with gender dysphoria.

Various specialist clinicians are involved in the care of patients being assessed and treated at a gender identity clinic. Specialist clinics obviate the need for any psychiatric assessment in advance of referral. Gender dysphoria is not a mental health disorder. After treatment is complete, doctors from all specialties will encounter patients who earlier changed gender role. People with gender dysphoria have described their experience of interacting with healthcare services as variable to poor, according to the Women and Equalities Parliamentary Select Committee.3 In the UK, the General Medical Council has recently emphasised medical duties in this regard,4,advising that treatment for transgender patients should be as respectful as for any other group. Feelings of “inexperience” with the field can prompt learning by collaboration with a gender identity clinic, rather than act as a justification for non-involvement.