Across all employment sectors in the UK, female workers earn less than their male counterparts. This gender pay gap has continued despite repeated efforts to tackle the underlying factors.

In medicine, even though nationally agreed salary scales should eliminate the effects of individuals negotiating their own pay, the pay gap is wider than in other professions and employment sectors. Data from the Office for National Statistics on median annual gross pay show that, in 2016, female doctors working full time earned 34% less a year than their male counterparts. 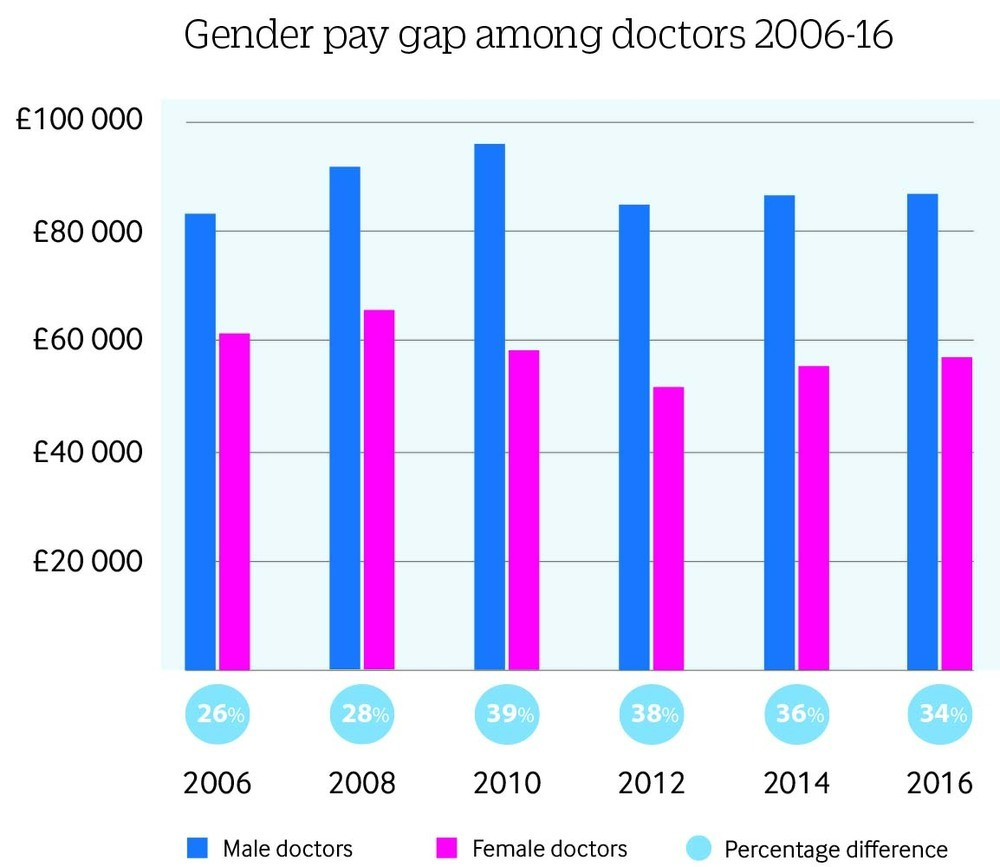 Doctors’ leaders and the government are seeking to understand and tackle the pay gap in medicine. In July 2016, Jeremy Hunt, the health secretary for England, announced that he would commission an independent report on how to reduce and eliminate it.1

Since April 2017 employers in the UK with more than 250 staff, such as NHS trusts, have been required by law to publish gender pay gap and gender bonus gap information on their own website and on a government website.2 The BMA has said that, although this measure will highlight the problem, more needs to be done. Anthea Mowat, BMA representative body chair, said, “It’s vitally important that we tackle the root causes of the gender pay gap, and develop a wider programme of work to eliminate it.”