Depersonalisation and derealisation: assessment and management 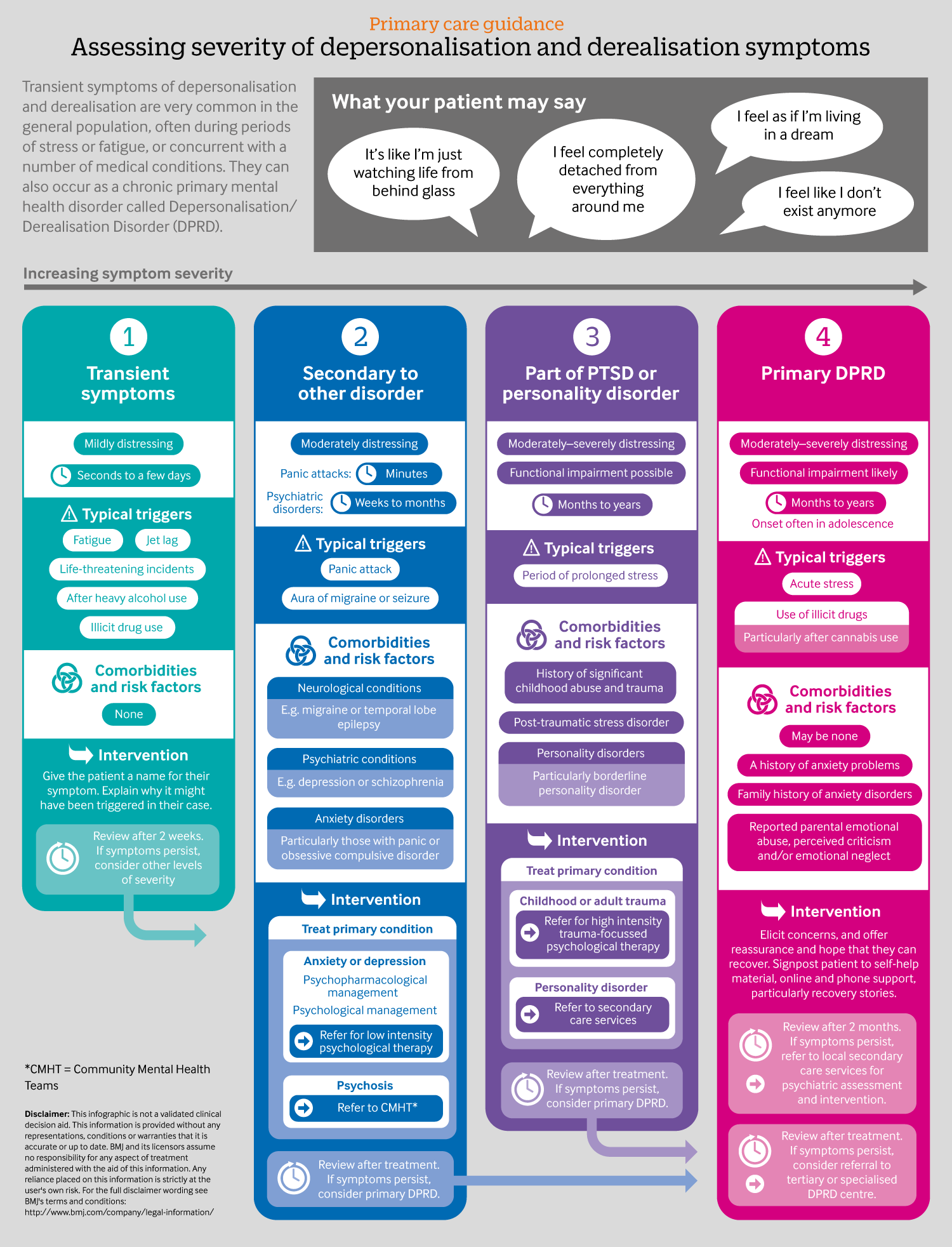 Click here for a visual summary of DPRD symptoms and severity, including common triggers, comorbitities, risk factors, and suggested interventions

- Depersonalisation and derealisation symptoms include having a sense of unreality and detachment; patients may describe using phrases such as “it is as if . . . ”

Who experiences depersonalisation and derealisation?

Otherwise healthy people—Transient symptoms of depersonalisation and derealisation are very common in the general population, often during periods of stress or fatigue. One US phone study of more than 1000 people found that nearly a quarter reported a brief episode over the previous one year period.1

Those with a range of physical and mental health conditions—Such symptoms are also commonly associated with several medical conditions, such as migraine and temporal lobe epilepsy,2 and with psychiatric conditions, particularly anxiety disorders, such as panic, depression, or in those with complex post-traumatic stress or personality disorders who report a history of childhood abuse or trauma.3

See other articles in issue 8098