Eating disorders are more prevalent than expected in women during midlife, study finds

The prevalence of eating disorders in women in midlife is higher than expected, a study published in BMC Medicine has found, as 3.6% of women in their 40s and 50s reported having experienced an eating disorder in the past 12 months.1

Eating disorders are often associated with adolescence and early adulthood, but the study, which assessed the prevalence of eating disorders in the fifth and sixth decades of life, found that they were surprisingly common and frequently went untreated.

The study included 5320 UK women, of whom around 15.3% (95% confidence interval 13.5% to 17.4%) reported having had an eating disorder at some point in life, and less than 30% of those said that they had sought help or received treatment for it.

Nadia Micali, lead author, from the Department of Psychiatry at Icahn School of Medicine at Mount Sinai in New York, USA and University College London, UK, said, “Our study shows that eating disorders are not just confined to earlier decades of life, and that both chronic and new onset disorders are apparent in midlife.

“Many of the women who took part in this study told us this was the first time they had ever spoken about their eating difficulties, so we need to understand why many women did not seek help. It may be that there are some barriers women perceive in healthcare access or a lack of awareness among healthcare professionals.”

Data were collected from women in the Avon Longitudinal Study of Parents and Children cohort. The women completed a questionnaire that recorded each eating disorder they had experienced in their life. Women who reported having ever had any symptoms of eating disorders were interviewed, as well as an equal number of women who reported never having had symptoms.1

Christopher Fairburn, professor of psychiatry at the University of Oxford, said that the researchers were essentially asking women how they had felt or behaved 10, 20, or 30 years ago and then using a series of criteria to determine whether the women would have had a certain diagnosis at that time.

“These are really high figures and are important—there really aren’t any other studies of this quality and size looking at this age span.”

Fairburn added, “We also see from this study that very few of these women have had treatment. We knew this for teenagers, but this is the first data we’ve seen across this wide age group.

“These women should know that a large proportion of them can be helped and that they are not alone or unusual in having an eating problem in middle age. They shouldn’t feel weird. 40-50% of women with anorexia can be cured completely—and the cure rate is as high as 60-70% in women with bulimia nervosa or binge eating disorder.

“So there really should be more publicity about this. GPs should be on the lookout, and women should be told about this so that they can choose to seek help and know that there are treatments that can help them.” 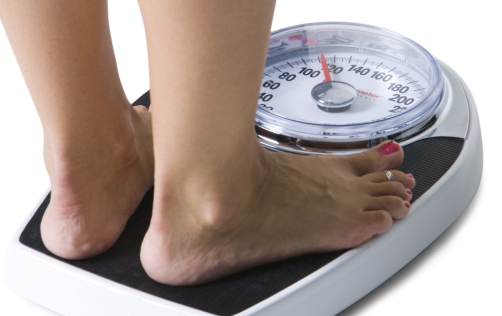