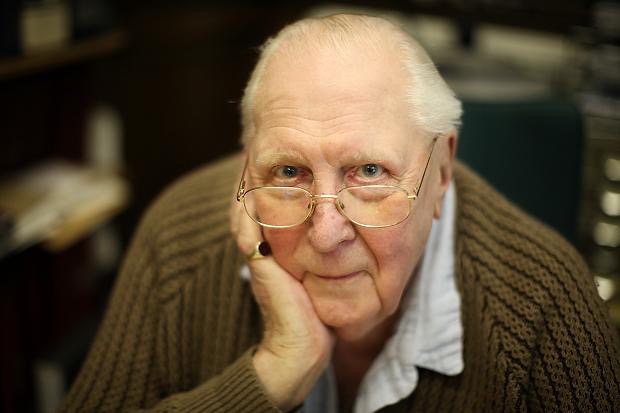 He spent the first part serving for three decades as a forensic pathologist in the UK’s Royal Air Force. Focusing on aviation medicine, he rose through the ranks to become group captain and director of the RAF’s aviation and forensic pathology department and was regularly summoned to investigate aviation accidents. In recognition of his contributions to the forensic pathology of aircraft accidents, Mason in 1973 was awarded a Commander of the Order of the British Empire (Military Division).

“He was very much a pioneer of aviation crash pathology,” says Basil Purdue, formerly of the forensic medicine unit at the University of Edinburgh and now an independent forensic pathologist on the Home Office register.

In 1973, at the age of 53, Mason retired from the military and began the second part of his career, accepting an appointment as Regius professor of forensic medicine at the University of Edinburgh. He was well suited for academia. A dedicated and gifted teacher, he was admired not only by his students over the years but also his colleagues.

“He was an excellent lecturer,” says Purdue, “capable of captivating an audience with a fascinating extempore address on any medicolegal topic for as long as the audience could persuade him to stay.”

Mason wrote several textbooks on forensic medicine and on medical law and ethics. These include Forensic Medicine for Lawyers, first published in 1978 and now in its sixth edition as Mason’s Forensic Medicine for Lawyers. In 1983 he co-authored Law and Medical Ethics with Alexander McCall Smith, now emeritus professor of medical law at the University of Edinburgh and a well known novelist.

Graeme Laurie, professor of medical jurisprudence at Edinburgh, says Law and Medical Ethics, now in its 10th edition, was the first British textbook to cover medical law. “At that time, there was very little literature available,” Laurie says. “It was just beginning. Part of the reason that they wrote the book was to have material for their students.”

In 1985, at the age of 65, Mason—once again—retired, assuming status as emeritus professor of forensic medicine. He then—once again—went to back to work and began the third part of his career, this time as an honorary fellow in Edinburgh Law School. Focusing on medical law and ethics, he worked closely with his good friend McCall Smith. Mason had no formal training in law, says Laurie, adding: “He was self taught in that regard.”

John Kenyon (“Ken”) French Mason was born on 19 December 1919 in the city of Lahore, at the time in India but now in Pakistan. His father was serving in the RAF. Mason studied at Peterhouse College, University of Cambridge, receiving his bachelors degree in 1939. He continued medical training at St Bartholomew’s Hospital in London and qualified from Cambridge in 1943.

Mason served as squadron medical officer with the RAF during the remainder of the second world war. After the war he spent the next two decades helping to develop the air force’s aviation pathology services. His many investigations led to improvements in aircraft safety. In one case, he discovered a design fault in the seating of one aircraft model. His discovery resulted in a change of seat design to the now standard A frame.

In 1962 he published his highly regarded book Aviation Accident Pathology: A Study of Fatalities.1 Mason’s examinations in the book of fatal aircraft ejection attempts led to a redesign of the ejector seat.

Laurie describes Mason as “insatiably curious, driven, principled.” As a teacher, he says, Mason was “generous, open minded, avuncular” and “uncompromising when it came to quality of work and dedication to his students.”

Purdue, who was Mason’s co-author of the 1993 book The Pathology of Trauma, says of him: “I have never encountered or heard of a medical practitioner so well versed in medical law—true medical jurisprudence. The Edinburgh law students, probably the brightest and best in Scotland, used to try to catch him out by posing ingenious medicolegal conundrums, but I never heard of a single one succeeding. Ken would usually screw up his eyes and say: ‘“No, no, no. Doe v Roe 1936 settles that.’”

Mason was a self proclaimed feminist and also always open to alternative points of view. Purdue says that Mason was among a few consultants who helped transform the British Association in Forensic Medicine (BAFM) “from an exclusively male, rather arid, and unwelcoming body into a dynamic and forward looking organisation, happy to encourage and instruct younger men and women.”

Mason never fully retired. “Ken was all about duty and doing,” says Laurie, who is director of the J Kenyon Mason Institute for Medicine, Life Science, and the Law, established in 2012 as a tribute to Mason. “The thought of being idle was anathema to him.”

Purdue adds: “His mind remained razor sharp until the last few weeks of his long life.”

In 2006, however, Mason did decide to stop teaching. Asked at the time about the decision, he replied with a laugh: “I’m 86. And I think 86 is pushing it.”2 Also in 2006 Mason was honoured with publication of his Festschrift: First Do No Harm: Law Ethics and Healthcare.3 The book, with 37 chapters contributed by leaders in the subject, was edited by Sheila A M McLean, who called his body of work “incomparable.”2

Mason’s next book, The Troubled Pregnancy: Legal Wrongs and Rights in Reproduction, was published in 2007. In the book’s preface, he wrote in his typical masterful style: “I hope I have painted a fair picture of an area of jurisprudence in which decisions must be made that cannot, by their very nature, please everyone.”

Both Laurie and Purdue noted that Mason had a vibrant zest for life and was “fun” to be around. “Ken was humane, lovable, and modest,” says Purdue. “He enjoyed eating and drinking with friends and loved to attend the Sunday live jazz breakfasts at Bannerman’s bar in the Cowgate.”

“He loved a party,” Laurie adds. “His Christmas champagne cocktails were legendary, and we spent many a delightful evening discussing medicolegal issues over his favourite Bombay Sapphire gin.”