Daily screen time of more than three hours is linked to several risk factors associated with the development of diabetes in children, including adiposity and insulin resistance, an observational study has found.

Previous research had indicated that spending a lot of time in front of a screen is linked to a heightened risk of weight gain and type 2 diabetes in adults, but whether children were also at risk was unclear. Researchers from London and Glasgow assessed nearly 4500 9-10 year olds from 200 primary schools in London, Birmingham, and Leicester for a series of metabolic and cardiovascular risk factors. The children were also asked about their daily screen time, to include TV, computers, and games consoles. The findings were reported in the Archives of Disease in Childhood.1

Children reporting screen time over 3 hours had a higher ponderal index (a measure of leanness; 1.9%, 95% confidence interval 0.5% to 3.4%), skinfold thickness (4.5%, 0.2% to 8.8%), fat mass index (3.3%, 0.0% to 6.7%), serum leptin concentration (9.2%, 1.1% to 18.0%), and homeostatic model assessment (a measure of insulin resistance; 10.5%, 4.9% to 16.4%) than those reporting an hour or less. Associations with insulin resistance remained after adjustment for adiposity, socioeconomic markers, and physical activity. Associations with glucose, HbA1c, physical activity, and cardiovascular risk markers were weak or absent.

The researchers emphasised that, although their findings were “of considerable potential public health interest,” they could not draw definitive conclusions about causality because the study was observational. They pointed out that since the study was carried out the use of electronic devices has become more widespread with more options now available, such as tablets and smartphones. 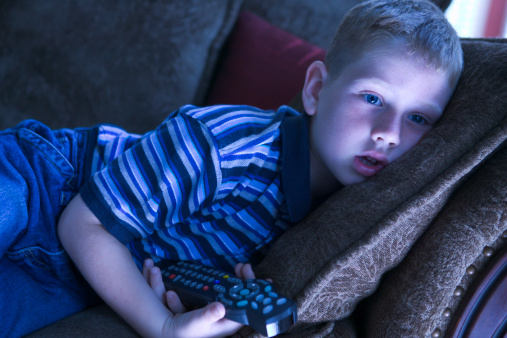