Gum disease is an early sign of diabetes, and tooth loss is associated with risk of dementia, studies find

Patients with periodontitis have higher plasma concentrations of glycated haemoglobin (HbA1c) than people with healthy gums, and those with severe periodontitis have a significantly higher risk of developing diabetes, a Dutch study has found.

Previous studies had indicated an association between oral disease and diabetes, so researchers investigated whether periodontitis could provide a useful warning sign of type 2 diabetes. They studied 313 consecutive patients visiting a university dental clinic and assessed them systematically for periodontitis and plasma HbA1c.1 Just over half the participants (126) had mild to moderate periodontitis, 78 had severe periodontitis, and the remainder (109) were healthy controls, visiting for routine check-ups.

The results showed that plasma HbA1c concentrations rose with severity of periodontitis. Controls with healthy gums had a mean HbA1c of 5.7 ±0.7%, compared with 6.1 ±1.4% in people with mild to moderate periodontitis and 6.3 ±1.3% in those with severe gum disease (P=0.003).

The proportion of patients newly suspected as having diabetes (based on having an HbA1c ≥6.5%) was significantly higher in people with severe periodontitis (18.1%) than in those with mild to moderate periodontitis (9.9%) and controls with healthy gums (8.5%) (P=0.024).

“We show that periodontitis is an early sign of diabetes mellitus and may serve as a valuable risk indicator,” said the researchers, led by Wijnand Teeuw from the University of Amsterdam and VU University in the Netherlands.

A second study showed that tooth loss was associated with increased risk of all cause dementia and Alzheimer’s disease.2

Researchers prospectively followed 1566 adults without dementia aged 60 years and older for five years between 2007 and 2012. Study participants lived in the community in the town of Hisayama, in southern Japan, and had health checks, including dental examinations, at regular intervals.

The risk of all cause dementia rose with decreasing number of remaining teeth (P=0.04 for trend). People who had only 10-19 teeth were 1.81 times more likely to develop dementia than those with ≥20 teeth, after adjusting for potential confounders.

These findings show the importance of dental care and treatment for reducing the risk of dementia in later life, the researchers said. 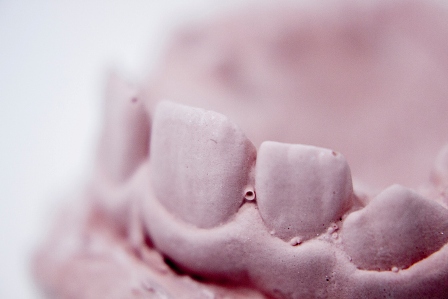