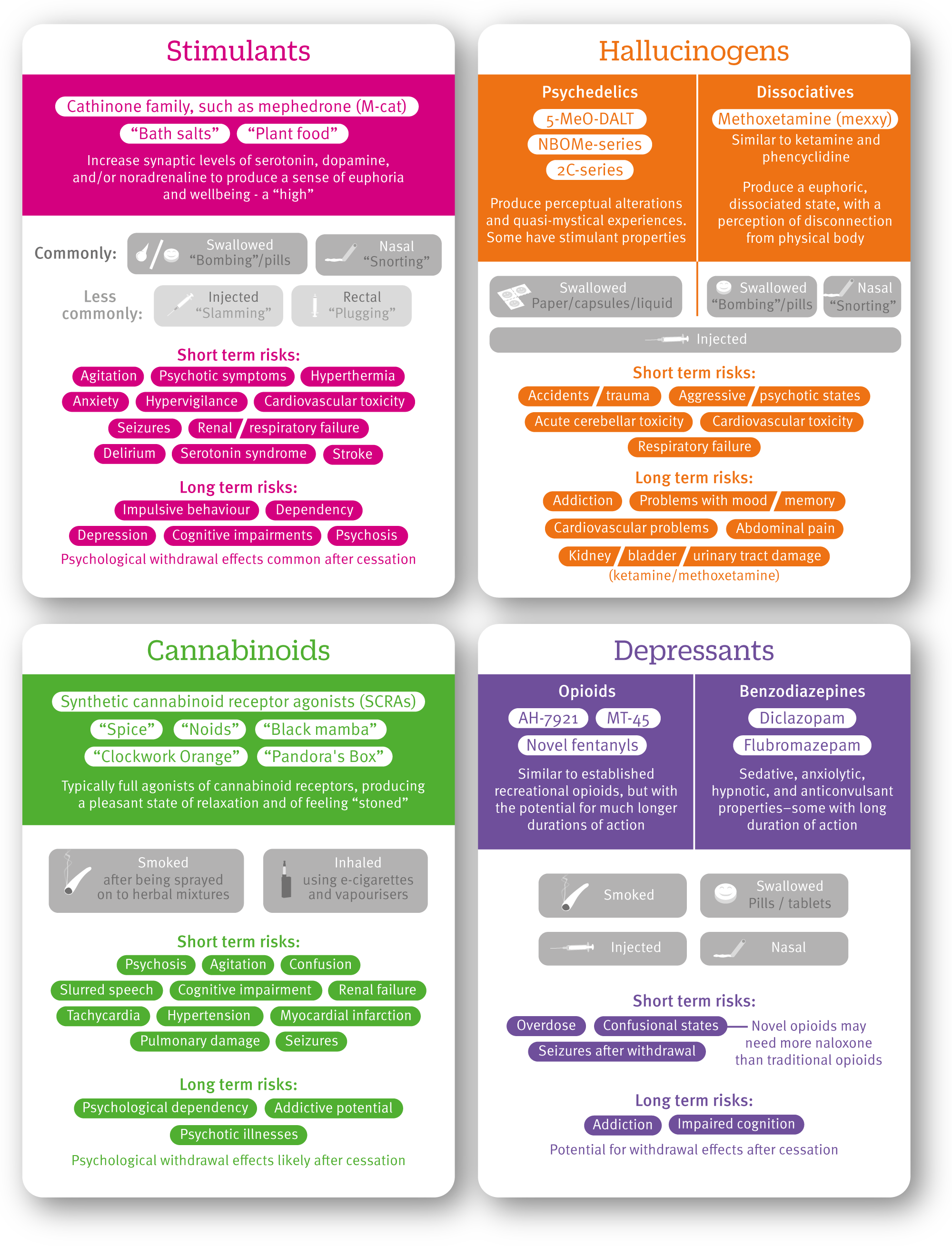 In 2016 the Psychoactive Substances Bill banned trading but not possession of all current and future novel psychoactive substances (NPS), sometimes incorrectly called “legal highs,” in an attempt to overcome rapid proliferation of these compounds. Over 560 substances are currently monitored by the European Monitoring Centre for Drugs and Drug Addiction, with 100 new agents identified in 2015 alone. Stimulants and synthetic cannabinoids account for the vast majority and are the types most commonly clinically encountered.1 Online purchases are increasing according to the 2016 Global Drug Survey,2 potentially in response to legislative changes, as is overall NPS use: lifetime consumption was reported by 8% of younger individuals in 2015, up from 5% in 2011, with figures relatively similar between sexes and different countries.3

Information on NPS primarily stems from case reports and …