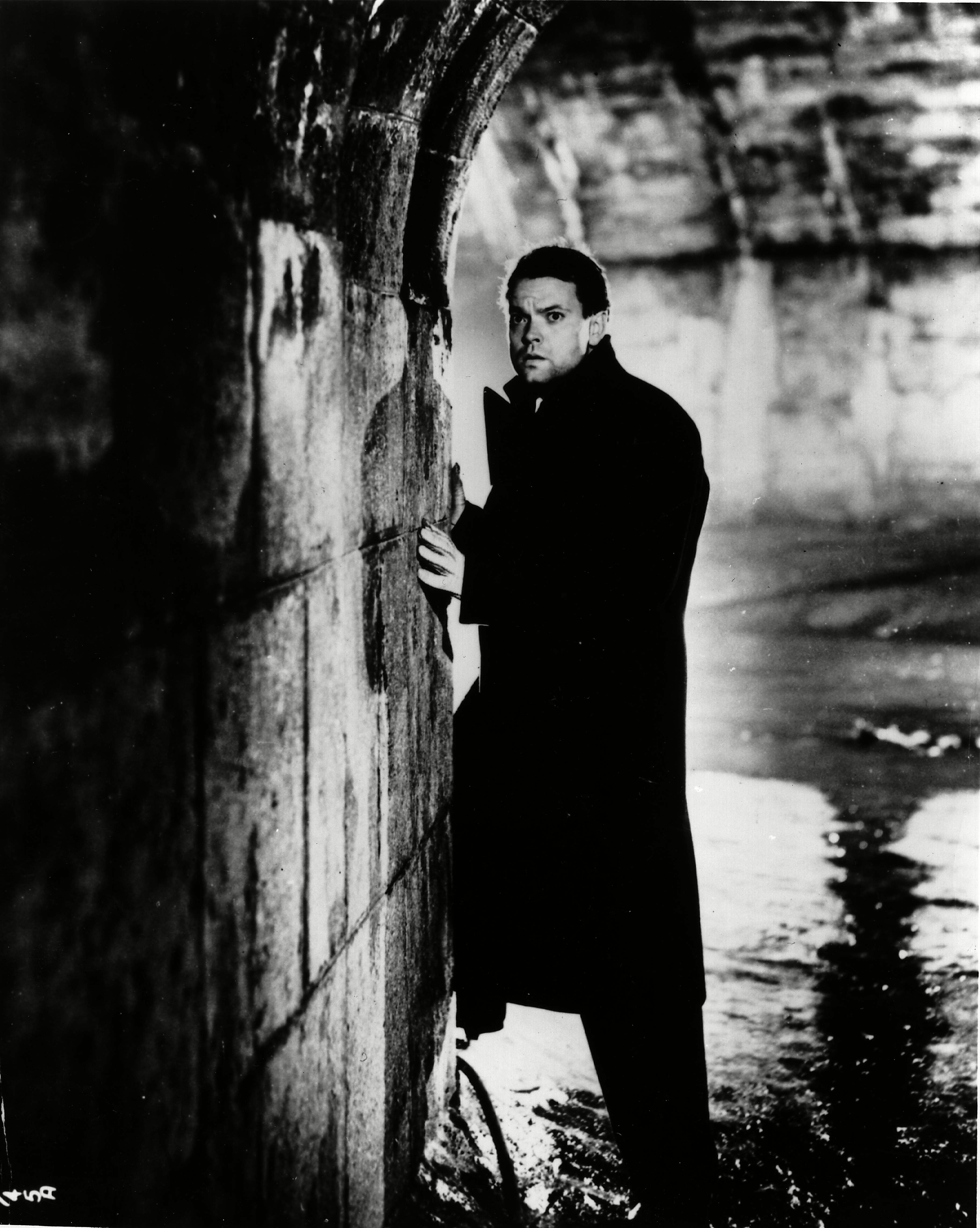 The Third Man is a wonderfully evocative, innovative, and fascinating film, set in the ruins and chaos of post-war Vienna. Released in 1949, it was directed by Carol Reed with the screenplay by Graham Greene. It describes the tortuous chase and grisly subterranean death of the fake penicillin smuggler Harry Lime, played by Orson Welles.1 2 3 4 Lime’s falsified penicillin results in the death or hospital admission of many Viennese children. To vanish from the police, Lime fakes his own death by having a co-conspirator run over and buried as himself. However, a school friend of Lime, Holly Martins, arrives in Vienna to see Harry and, suspicious that the accident was murder, starts his own amateur investigation—only to be surprised to find Harry still alive in the shadows of nocturnal Vienna. Reluctantly, Martins is recruited to the entrapment of Lime, after being shown evidence of his heinous crimes by Major Calloway, a Royal Armoured Corps intelligence officer, played by Trevor Howard.

How did Graham Greene arrive at this unusual and moving pharmaceutical story, that sadly still has so much public health relevance for today? There are multiple fascinating and rather bizarre threads.

The truth behind the fiction

In April 1946, in the bleak aftermath of the second world war, American and British intelligence services arrested seven men and three women in Berlin on charges of manufacture, possession, and sale of fake penicillin. A former German army private was the alleged chief of the fake drug ring that included ‘Two former GIs in love with frauleins and an American doctor with a passion for fine cameras…who got at least $13 000 [about $170 000 (£130 000; €160 000) today] in cash from one Berlin druggist for penicillin.”6 7

The fake penicillin was apparently prepared in two forms: vials of glucose liquid and stolen used penicillin bottles filled with crushed mepacrine (quinacrine) antimalarial tablets and face powder. These were apparently sold for $300 ($3900 today) and £375 ($6400 today), respectively.8 9 Although we can find no clinical trials of intravenous face powder, it seems doubtful that it is beneficial, and mepacrine is unlikely to be effective against bacteria10; the resulting powder for reconstitution for parenteral injection is also likely to have been dangerously contaminated with environmental pathogens. A Russian officer given an injection of the fake penicillin was described as being in a “critical condition.”8

The criminal network was uncovered when a drunken gang member dropped a penicillin bottle in a bar.

Penicillin was scarce but much sought after as an innovative cure of bacterial infections, and it became a currency in post-war Europe. The Times reported from Berlin “There is great illicit demand for penicillin here for the treatment of venereal diseases. Supplies are strictly controlled by the British and American authorities, being reserved for the treatment of their soldiers, and secondarily for the treatment of German women likely to spread disease. Otherwise supplies are not available.”9

There is also evidence of illegal penicillin trade in post-war Vienna. Zane Grey Todd was head of criminal investigation in the American sector. His obituary tells us that “His most dangerous case involved two American medical officers who were stealing and selling penicillin on the black market, aided by a former Miss Austria, with whom they were living.”11 That Todd may have been a key source for Greene is suggested by a tributary clue in the film—Martins gives a cultural talk on the American author Zane Grey.

Another source was Peter Smollett, ostensibly the Times correspondent in Vienna, who apparently told Greene about “a children’s hospital and diluted antibiotics.”2 3 Smollett was a Soviet double agent born in Vienna as Hans Smolka, and a scene in the film takes place in a fictional Viennese Bar Smolka.

Greene and many of his relatives were British spies during the second world war. Greene worked for the Secret Intelligence Service under Kim Philby, one of the “Cambridge five” Soviet double agents, who recruited Smollett.2 12 Alexander Korda, the executive producer of The Third Man, was also a British spy in the US.

Greene carefully translated these multiple murky strands of spying into fiction. Although Greene credited Charles Beauclerk, a British intelligence officer in Vienna,12 as a source he may have used Beauclerk as a smokescreen to protect Smollett and perhaps even Philby.3

Penicillin was so coveted that it was used as an espionage tool at the start of the Cold War. In post-war Vienna a US intelligence officer, Major Peter Chambers encouraged Russian soldiers to share Red Army secrets and defect, in return for penicillin to treat their gonorrhoea and syphilis.13 Contracting venereal disease was a court martial offence in the Red Army and Chambers gave this scheme the memorable codename Operation Claptrap.

In 1946, this scarcity prompted Austrian-French efforts to manufacture parenteral penicillin, succeeding in a converted brewery in the Tyrol in 1948, and then developing the first oral penicillin in 1951, Penicillin V (V for vertraulich, German for confidential).14

Falsified medicines have sadly probably been with us since drugs were first manufactured, and the problem remains. Last year falsified ampicillin was discovered circulating in the Democratic Republic of the Congo—the bottles of 1000 capsules contained no detectable ampicillin.15 There are numerous examples globally (http://www.wwarn.org/aqsurveyor/). There are probably thousands of “Third Men” hidden in today’s world—for example, a Parisian who manufactured falsified antimalarials containing laxatives,16 international trade from India,17 and emergency contraceptives containing antimalarials in South America.18

There are also many cases of substandard medicines—poor quality medicines produced through negligence, sometimes gross, in the manufacturing processes but not deliberately designed to defraud patients and heath systems.19 Substandard anti-infective drugs often contain less than the stated amount of active ingredient and are therefore likely to be under-recognised drivers of antimicrobial resistance. However, for both falsified and substandard medicines the data available are few and of poor quality because there has been remarkably little research or surveillance. Data are insufficient to reliably estimate the extent of the problem. Much more investment is needed to understand the epidemiology of poor quality medicines and guide interventions.

Although there has been an enormous increase in global pharmaceutical manufacturing, parallel investment in support for national medicine regulatory authorities has been inadequate in many countries. Greater investment to increase the capacity of regulatory authorities in low and middle income countries is essential.19 Modern civilian equivalents of Major Calloway are desperately needed to put the many Third Men behind bars, regulate our medicine supply, and ensure that we all have access to good quality medicines.

This is an Open Access article distributed in accordance with the Creative Commons Attribution Non Commercial (CC BY-NC 4.0) license, which permits others to distribute, remix, adapt, build upon this work non-commercially, and license their derivative works on different terms, provided the original work is properly cited and the use is non-commercial. See: http://creativecommons.org/licenses/by-nc/4.0/ .