Putting the clocks back in autumn is associated with an increase in the rate of unipolar depressive episodes, research published in Epidemiology has found.1

Daylight saving time, which involves changing clocks to one hour later in spring and one hour earlier in autumn, has been introduced in more than 70 countries. The purpose of these time transitions is to maximise exposure to daylight when people are active.

Danish researchers analysed nationwide data from the Danish Psychiatric Central Research Register from 1995 to 2012. They examined the incidence of hospital contacts for unipolar depressive episodes after the transitions to and from summer time, comparing these with the predicted trend in incidence.

They found 185 419 hospital contacts for unipolar depression during the study period. The transition from summer time to standard time, when the clocks are put back in autumn, was associated with an 11% increase (95% confidence interval 7% to 15%) in incidence of unipolar depressive episodes. This effect dissipated over about 10 weeks. The researchers also looked at 92 180 hospital contacts for bipolar disorder but found no effect on incidence when the clocks went back or forward.

The increased rate of unipolar depressive episodes was observed only at the transition from summer to standard time and not vice versa. The researchers said that the association was unlikely to be caused by the one hour time shift per se but was probably a specific consequence of turning the clocks back in autumn.

They wrote, “One possible explanation is that the sudden advancement of sunset from 6 pm to 5 pm which in Denmark marks the coming of a long period of very short days, has a negative psychological impact on individuals prone to depression, and pushes them over the threshold to develop manifest depression.” 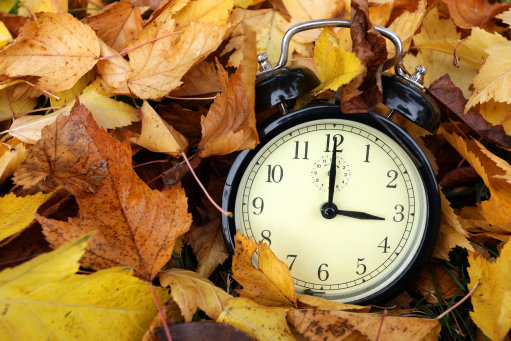