Most elderly patients who fracture a hip, shoulder, or wrist are taking at least one drug that increases their risk of fracture before their injury, and most continue to take them after hospital discharge, a US study has found.1

Fractures are common in older people: a quarter of men and half of women aged over 50 experience a fracture. Hip fractures in particular are associated with considerable morbidity and mortality, as 44% of patients are readmitted to hospital and 21% die in the first year after the fracture.

In the new study published in JAMA Internal Medicine, Jeffrey C Munson, of the Geisel School of Medicine at Dartmouth in Lebanon, New Hampshire, and colleagues reviewed the records of a random sample of more than 168 000 community dwelling Medicare beneficiaries who survived a hip, shoulder, or wrist fracture, to determine whether they filled prescriptions for three categories of drugs in the four months before and the four months after their fractures.

These categories were: drugs that increase the risk of falls, such as sedatives and antihypertensives; those that decrease bone density, such as glucocorticoids and proton pump inhibitors; and those associated with an increased risk of fractures by mechanisms that are not clear, such as atypical antipsychotics and loop diuretics.

The researchers analysed opiates separately, as these may have been appropriately prescribed for pain from a fracture before it was diagnosed and for pain after diagnosis, but they included drugs that increase bone density, such as bisphosphonates.

The researchers wrote, “While some patients eliminate their exposure to drugs associated with fracture, an equal number initiate new high-risk drugs. This pattern suggests there is a missed opportunity to modify at least one factor contributing to secondary fractures.”

The use of drugs to increase bone density, which have been shown to reduce fracture risk, was uncommon, as only about of a quarter of patients took such medicines either before or after having a fracture.

In an invited commentary,2 Sarah D Berry, of Harvard Medical School, and Douglas P Kiel, of the Institute for Aging Research at Hebrew SeniorLife, both based in Boston, Massachusetts, said the study suggested that too often clinicians do not conduct a thoughtful medicine review with these patients to reduce or eliminate drugs associated with falls and bone loss. Such reviews are “absolutely essential,” they wrote, adding that “particular attention should be given to reduction of psychotropic medications, including benzodiazepines, non-benzodiazepine hypnotics, antidepressants, and antipsychotics.” 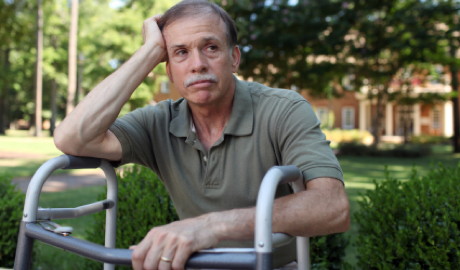