Brexit: the decision of a divided country 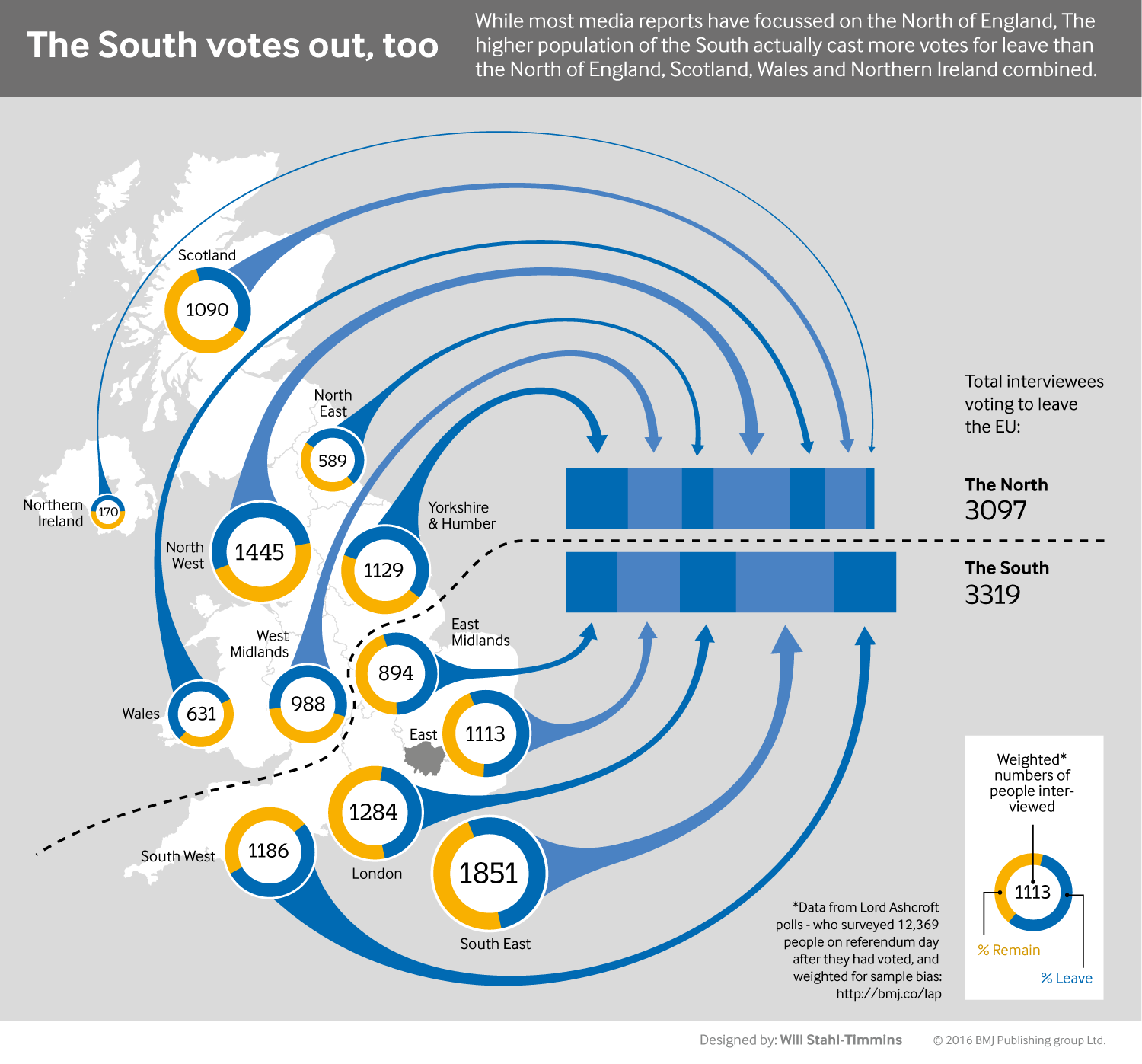 Blame austerity not immigration for the inequality underlying the referendum decision

On the same day that the United Kingdom voted to leave the EU, huge rises in UK death rates were reported. These rises followed the austerity policies enacted by the 2010 coalition government.1 Self reported health was a key component of David Cameron’s wellbeing index, and it has declined in every year of his premiership, most rapidly towards the end.2 In March 2016 the Office for National Statistics (ONS) reported: “The proportion of people aged 16 and over in the UK who were somewhat, mostly or completely satisfied with their health was lower in the financial year ending 2014 (57.8%) than in the previous year (59.3%). The way in which people view their health is crucial to well-being.”3

Brandishing the slogan “Vote leave, take control,”4 the Leave campaign secured 51.9% of the referendum vote. However, 13 million registered voters did not vote, …

See other articles in issue 8066