The £100m (€130m; $150m) a year childhood flu vaccination campaign in the United Kingdom will continue despite evidence from the United States that the inhaled vaccine is ineffective.

Public Health England (PHE) said that its data contradict those of the US Advisory Committee on Immunization Practices, which recently advised the Centers for Disease Control and Prevention (CDC) to stop vaccinating children because, for the past three flu seasons, the vaccine seemed to have little effect.

All children in the UK aged 2 have been offered vaccination against flu since September 2013, and the programme was extended last year to include infant school children.1 It is gradually being rolled out to include all children aged 2 to 17.

PHE published provisional figures for the UK that showed that the inhaled vaccine taken by 2 to 17 year olds achieved similar protection against laboratory confirmed flu as did adult vaccines in older age groups. The vaccine prevented flu in more than half of the children given it, with an effectiveness of 57.6% (95% confidence interval 25.1% to 76%).2 Similar results had been reported by the Finnish National Institute for Health and Welfare, which found an effectiveness of 46%.

Richard Pebody, head of flu surveillance for PHE, said, “These findings are encouraging and in line with what we also typically see for the adult flu vaccine. There is no reason to change current recommendations regarding use of the children’s nasal spray vaccine in the UK.

“We remain confident that the vaccines used in the annual flu vaccine programme are the most effective that are currently available in protecting both those vaccinated and in reducing transmission of the flu virus in our communities.”

By contrast, data collected by the US Influenza Vaccine Effectiveness Network for the 2015-16 season showed only 3% effectiveness in 2 to 17 year olds (–49% to 37%) with the inhaled vaccine, compared with 63% (52% to 72%) with the injected vaccine.3 Other studies, said the US committee, supported the view that live attenuated influenza vaccine as used in the inhaled version performed less well than inactivated influenza vaccine used in flu jabs. The two previous seasons had shown similar figures.

The US committee said that it does not know why the vaccine has not been working, since data before and soon after the vaccine gained a licence in 2003 showed it to be comparable to or better than inactivated influenza vaccine. The vaccine is made by Medimmune, a subsidiary of AstraZeneca, and is marketed as FluMist Quadrivalent in the US and as Fluenz Tetra in the UK.

While in the UK the inhaled vaccine is the only one used in children, in the US it accounts for only about a third of the flu vaccine given to this age group. The recommendation to stop using it needs to be approved by the director of the CDC before it comes into effect.

Scientists have been puzzled at the apparent ineffectiveness of FluMist, which is contested by AstraZeneca. The company stated that it would continue to work with the CDC “to better understand its data to help ensure eligible patients continue to receive the vaccine in future seasons.” The American Academy of Pediatrics backed the decision to stop using the inhaled vaccine.

Joseph Bresee, chief of epidemiology for CDC’s influenza division, told the US news website STAT that several theories had been advanced. One was that the switch from a trivalent to a quadrivalent vaccine, which happened about the same time as the vaccine’s effectiveness diminished, might be the cause—or it might simply be a coincidence.

Another theory is that, as children are vaccinated each year, they build up antibodies that recognise and eliminate the vaccine before it can generate a good immune response. If so, future data from the UK, which started using the vaccine later, could produce the same negative results. 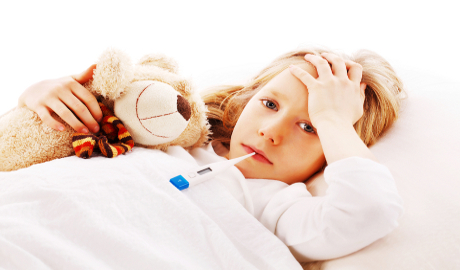