A paediatric consultant haematologist at a leading UK teaching hospital manipulated the appointments system and hospital policies to abuse boys in his care unnoticed over a four year period, an independent investigation has found.1

Colleagues missed clues that could have led to the discovery that Myles Bradbury was abusing young patients at Addenbrooke’s Hospital in Cambridge from 2009 to 2013, concluded a report by the public service consultancy Verita.

Bradbury is serving 16 years in prison after admitting 25 offences of sexually assaulting 18 victims, as well as voyeurism and possessing more than 16 000 indecent images.2 He used a “spy pen” to capture images of his adolescent victims while carrying out unnecessary genital examinations.

Staff at the paediatric day unit where he saw patients with blood cancers and non-malignant blood diseases such as leukaemia thought that he was going out of his way to help patients by seeing them outside normal clinic hours. Consultations were often not recorded, disguising the fact that he was seeing the patients more often than necessary. The report found that he had groomed and manipulated families, giving them his mobile phone number through which to arrange appointments.

He also manipulated the system that allowed boys aged 14 and 15 to request a discussion with the doctor alone as part of their transition to adult services at 16. He breached the rules by seeing children under 14 alone and by carrying out intimate examinations, for which hospital policy required a chaperone or family member to be present, during some of those appointments. Examinations were sometimes carried out behind a curtain while a family member was in the room.

Neither staff nor families raised any concerns officially until November 2013, when the grandmother of an 11 year old patient in remission from leukaemia asked a receptionist whether Bradbury had acted appropriately in requiring her grandson, who was seen without a chaperone, to strip naked and handle his own genitals.

The investigation report praised Cambridge University Hospitals NHS Foundation Trust, which runs Addenbrooke’s, for having acted swiftly in sending Bradbury home immediately and involving the local authority and police. He never returned to his job.

The report concluded that staff members were not to blame for failing to be suspicious about Bradbury’s behaviour, but it made recommendations to minimise the likelihood of such behaviour by a healthcare professional in the future. These included more information for families on what to expect during treatment.

The Verita team interviewed Bradbury in prison and asked him for suggestions on how to avoid similar behaviour from healthcare professionals. “He agreed with our suggestion that a prior description of any intimate procedure, together with the reasons for it and prior consent of an adult would be a barrier to abuse, as would more information to patients and families about what to expect in appointments,” said the report.

Bradbury told the Verita team that, after his arrest, the police had given him the number of a confidential telephone service that abusers, or those who feared that they might abuse children, could call for advice. He had known nothing about this service before his arrest but thought that it might help offenders to understand the extent of the harm caused by abuse.

“This has been a deeply distressing case and the NHS must learn from it,” said David Wherrett, acting chief executive of the trust. “My message to other organisations is that, as well as enforcing robust policies, we need to raise awareness of much more manipulative behaviour by individuals like Bradbury. Greater rigour and checks will make it more difficult for abuse to take place.” 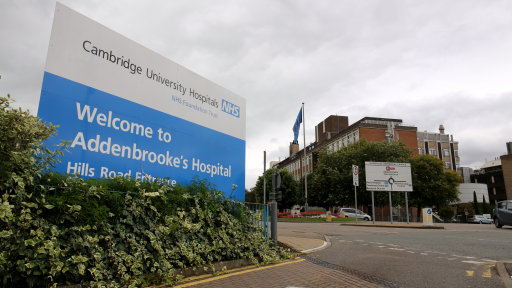