Some 1.25 million people die in road traffic incidents each year, a number that has stabilised in recent years, a study by the World Health Organization has found.

Despite growth in the global population and increasing car use the annual number of deaths has plateaued since 2007, the report showed.1 Between 2010 and 2013 there was a 16% increase in the number of registered motorised vehicles, and in 2014 there were a record 67 million new passengers on the world’s roads.

Africa had the highest road traffic fatality rate with 26.6 deaths for every 100 000 members of the population, compared with a rate of 9.3 in Europe.

The country with the highest death rate was Libya, which had a fatality rate of 73.4 per 100 000 population—nearly double that of Thailand (36.2), the country with the next highest rate. But African countries with low car ownership also had high rates—Malawi had a rate of 35 and the Democratic Republic of Congo of 33.2. Micronesia had the lowest death rate in the world at 1.9, followed by Sweden at 2.8 and the United Kingdom at 2.9.

Etienne Krug, director of the department for management of non-communicable diseases, disability, violence, and injury prevention at WHO, described the high number of deaths as highly preventable and a “manmade disaster.” He said that rapidly developing countries with rising car use were lagging behind in terms of road safety. “New roads are being built and there are new cars and new drivers. While this can help development it is not accompanied by better safety measures,” he said.

He praised countries, such as the UK and Sweden, which had made improvements in road safety as well as improved trauma care. “The response after the crash is another important element of the road safety system . . . Half of all deaths and injuries could be avoided if we had systems up to the best standards around the world,” he said.

One of the targets under the new sustainable development goals, launched at the United Nations in September, is halving the number of deaths and injuries from road traffic incidents globally by 2020.2 Road traffic incidents are the leading cause of death among people aged 15 to 29, with around 320 000 young adults dying in this way in 2012. 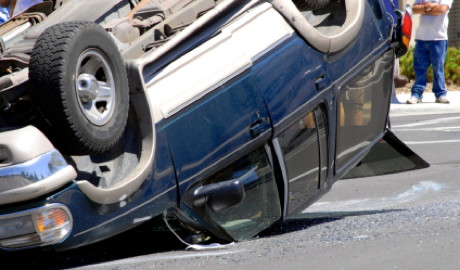