A consultant urologist who worked at Birmingham Heartlands Hospital is under investigation by the General Medical Council after a review by the Royal College of Surgeons recommended that his radical prostatectomy patients be recalled.

Arackal Manu Nair was suspended by Heart of England NHS Foundation Trust last year pending the review and later resigned. The Medical Practitioners Tribunal Service has placed interim conditions on his registration, including a requirement that he practise only in the NHS under supervision and a ban on performing laparoscopic prostatectomies and procedures involving GreenLight laser.

Manu Nair also operated at three private Birmingham hospitals: Spire Parkway, Spire Little Aston, and BMI Priory. Around 170 men who had prostatectomies on the NHS or privately have been recalled and had their cases reviewed by independent urologists.

The law firm Irwin Mitchell is acting for 11 men, some of whom have been told that their condition was pre-malignant and that they should have been offered active surveillance rather than encouraged to undergo radical surgery. Others were treated by high intensity ultrasound, which had not then been approved by the National Institute for Health and Care Excellence.

One client, who had a radical prostatectomy at age 43, said that he was referred to Manu Nair on the NHS but that the urologist advised urgent treatment and encouraged him to have the operation privately because of NHS waiting times. The patient had no private medical insurance and paid £12 000 (€16 000; $18 250) to have high intensity ultrasound on the basis that it was a much less invasive procedure than surgery.

He said that he had been hoping to start a family but has been left infertile, with periods of incontinence and impotence, and that he had passed debris from his prostate through his urethra in what he described as “the single most painful experience of my life.” The independent urologist who reviewed his case wrote that the man was “misled to some extent that this was an aggressive cancer.”

The law firm said that a 63 year old client was told in an email from a urologist who looked at his case, “The bottom line is that you had surgery for ASAP (atypical small cell acinar proliferation), which is not cancer of the prostate but could be precancerous. It is not a recognised practice in the UK.”

Another consultant who was employed by the Heart of England trust and operated at Spire Parkway—Ian Paterson, a breast surgeon—is also under investigation by the GMC over allegations that he performed unnecessary surgery.

A spokesman for Spire Healthcare said that it had worked with the trust, the Royal College of Surgeons, and BMI Healthcare to review Manu Nair and that it would share the findings and conclusions with the trust and the GMC.

Manu Nair’s solicitors, Clyde & Co, said in a statement, “Mr Nair’s concern is to ensure that patient safety and public confidence in the profession is maintained, and to that end he is complying fully with the interim conditions on his practice. Any and all allegations which may be raised are being properly investigated and Mr Nair continues to cooperate fully in that regard.” 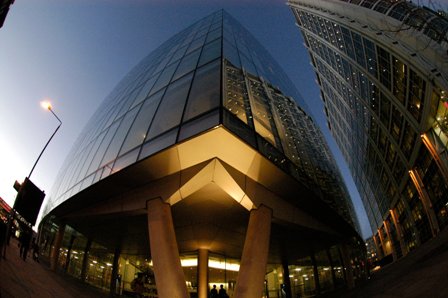 See other articles in issue 8028