How to treat a Pirahã: medical ethics and cultural difference 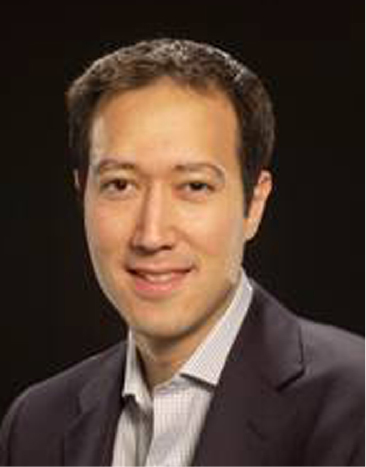 Deep in the Amazon rainforest the Pirahã (pronounced “pee-da-HAN”) people speak a language unlike any other. The language has only three vowels and eight consonants and has no numbers, no counting, and no words for colours. A Pirahã would refer to red, for example, by saying, “That is like blood.”

The Pirahã have minimal art and no musical instruments. They have no interest in the distant past or future. They ascribe scant value to privacy and show little fear of death. They have no doctors or hospitals. Yet, even the Pirahã have principles of medical ethics. The linguistics expert Dan Everett, who spent many years among the Pirahã, tells of a group of men killing a very sick baby by pouring copious amounts of alcohol in its mouth.1 He explained: “They felt certain that this baby was going to die. They felt it was suffering terribly […] So they euthanized the child.”1 All cultures have moral rules about the practice of medicine.

Readers of this column are unlikely ever to treat a Pirahã, but they will certainly encounter patients from cultures very different from their own. This can create difficulty for doctors. The recent prosecution in England of a registrar in obstetrics and gynaecology for restitching the labia of a circumcised woman after she gave birth serves as a cautionary tale.2 The prosecution alleged that the procedure was contrary to section 1 of the Female Genital Mutilation Act 2003. Section 1(1) of the act stipulates: “A person is guilty of an offence if he excises, infibulates or otherwise mutilates the whole or any part of a girl’s labia majora, labia minora or clitoris.” Although female genital cutting is common in dozens of countries in Africa and the Middle East (in Somalia and Guinea over 90% of women are cut),3 the registrar had never treated a circumcised woman, nor received any relevant training.

Respecting a patient’s culture can conflict with an ethical or legal duty. Anglo-American medical ethics is individualistic. By contrast, traditional Chinese medical ethics and some strands of African bioethics focus on community or family autonomy rather than individual autonomy.4 A patient is considered part of a family with a system of hierarchy and seniority. This may result in relatives asking doctors to withhold a grim diagnosis or prognosis from a patient, for example. Withholding such news may be culturally appropriate but can undermine the validity of a patient’s consent to subsequent treatment: the consent would be based on incomplete information.

Clinicians in England should respect a patient’s cultural preferences so long as this does not breach guidelines of the General Medical Council, English law, or fundamental tenets of medical ethics. When in doubt, a prudent clinician will seek advice. Clinical colleagues and hospital chaplains are handy sources of advice, but all doctors would do well to keep on their phones the number of the BMA ethics hotline, the hospital’s clinical ethics committee, or some equivalent resource.

The importance of cultural competence in medicine is well recognised. The GMC, in Good Medical Practice, reminds doctors that “in assessing what is of overall benefit to adult patients” they must “take into account their cultural, religious, or other beliefs and values.”5 This requires a flexibility of mind and openness that comes naturally to some and not to others.

The recent efforts to contain Ebola virus disease in west Africa and the work of military medics abroad have highlighted the value of cultural sensitivity. Here is an example. An Afghan boy picks up a bomb that explodes in his right hand, causing very severe injuries. Should the doctors amputate the hand? That decision is not solely medical. The clinicians must appreciate the cultural significance of losing a hand in that community. The left hand, which would be the boy’s only remaining hand, is considered “unclean.” Further, thieves are punished by amputation of the hand, and the boy might be mistakenly perceived as a thief. Without knowledge of the patient’s culture, customs, and taboos, doctors risk making errors when balancing the harms and benefits of treatment options. The ethical principles of beneficence (doing good for the patient) and non-maleficence (not causing net harm) cannot be divorced from the broader social context.

At times, a clinician will need to suppress personal beliefs and prejudices. Part of being a doctor—and a lawyer, for that matter—entails keeping some of your thoughts to yourself and presenting a composed front to the patient. A disapproving attitude is unprofessional and can deter a patient, perhaps already embarrassed by their difference, from returning.

The plurality of cultures and traditions among patients can be baffling to those treating them and if ignored can lead to mistrust, poor care, and complaints. Yet, beneath the surface, the core values of medicine remain unaltered. Medical morality emerges from a universal experience of a healer helping a fellow human being who is ill and suffering, be it a lord in London or a Pirahã in the Amazon. That most noble and human of encounters between healer and patient transcends all cultures.