Terminally ill people are enduring painful and distressing deaths through failure by the NHS in England to properly manage care at the end of life, says a report from the parliamentary and health service ombudsman.1

The ombudsman service said that its investigations into complaints about the care received by patients nearing death had uncovered “tragic cases where people’s suffering could have been avoided or lessened with the right care and treatment as they approached the end of their lives.”

Clinicians failed in some cases to recognise that people were dying, noted the report, Dying without Dignity, which was based on complaints that had gone to the ombudsman after they were unable to be resolved locally. In one case, junior doctors and an on-call anaesthetist made 14 unsuccessful attempts to reinsert a drip into the veins of a 74 year old patient with cancer, not realising that his veins were shutting down because he was dying.

Other failings revealed by the ombudsman’s casework include delays in diagnosis and referral for treatment; poor communication with patients, families, and other healthcare professionals; poor control of symptoms; inadequate out-of-hours services; and poor care planning. The findings covered general practices, hospitals, and mental health trusts in England.

In one case, a 29 year old dying man in a hospital’s palliative care unit waited for more than 11 hours in pain for on-call doctors, who did not turn up to review his treatment. He begged his mother, “Mum, get me out of here.” Pain relief arrived only after his mother contacted an accident and emergency doctor.

A 67 year old man and his family discovered that he had terminal cancer when his daughter read his hospital discharge note, and a general practice manager broke the news to the son of a deaf patient that his mother was dying.

In another case, a 55 year old woman terminally ill with cancer mistakenly had a double dose of sedative delivered through two syringe drivers, one of which was supposed to deliver pain relief.

“Our casework shows that too many people are dying without dignity,” said Julie Mellor, the parliamentary and health service ombudsman. “Our investigations have found that patients have spent their last days in unnecessary pain, people have wrongly been denied their wish to die at home, and poor communication between NHS staff and families has meant that people were unable to say goodbye to their loved ones. We are publishing this insight so the NHS can consider the lessons to help prevent similar cases from happening again.”

Jane Collins, chief executive of the cancer charity Marie Curie, called the report “a harrowing read.” She added, “It provides a stark reminder of what happens to people with a terminal illness when they are failed by staff without adequate training and let down by a system that struggles to provide effective support outside normal working hours.” 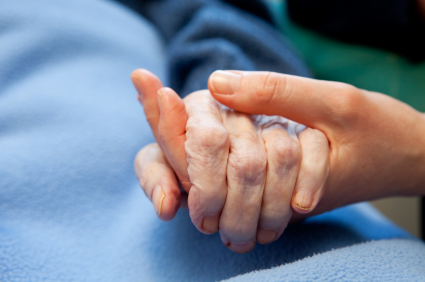