The unknown risks of youth rugby

And the urgent need to quantify them

Anyone who has spent an hour picking skull fragments out of the contused frontal lobes of a teenage rugby player is entitled to an opinion on the safety of youth rugby. As a paediatric neurosurgeon, I’ve done this on several occasions. As a “rugby parent,” I’ve observed the school and club game at close quarters, from both sides of the touchline. What I’ve seen and heard suggests that our thinking on the subject may not be altogether rational.

Rugby union is a full contact collision sport in which extreme force may legitimately be exerted to acquire and maintain possession of the ball. Play exposes participants to the risk of severe physical injury. Five minutes on YouTube will show how true this is for the professional game. But rugby is also played by children, who share many of the same risks as adult players but are arguably more vulnerable physically.

In UK schools where rugby is played, it mostly begins as a near compulsory activity from the age of 8 years. By 10 years, most players engage in some form of contact competition, increasing the potential for injury. Many players are relatively unskilled; avoidance of injury requires considerable skills that not all children acquire. Squads may contain children of similar age but vastly different physical stature.

Schools, coaches, and parents all contribute to a tribal, gladiatorial culture that encourages excessive aggression, suppresses injury reporting, and encourages players to carry on when injured. It is fascinating how rugby sidesteps many safeguards intended to ensure pupil wellbeing. Schools now require comprehensive risk assessments for seemingly innocuous activities, yet every Saturday teams of children square up against each other in contests that may result in severe injuries to some.

Thankfully, most injuries are not serious, but straightforward soft tissue affairs that do not need medical attention. But a substantial number are not. Fractures, dislocations, ligamentous disruptions, and dental and maxillofacial injuries are common. Some need protracted hospital treatment and are debilitating enough to disrupt educational and other activities. Some may have lifelong functional consequences, making certain occupations impossible and predisposing children to degenerative problems later in life. Brain and spine injuries are uncommon, but they do occur⇓. In addition, concussion-type injuries are poorly understood, often misdiagnosed, and can have serious educational and psychological sequelae. 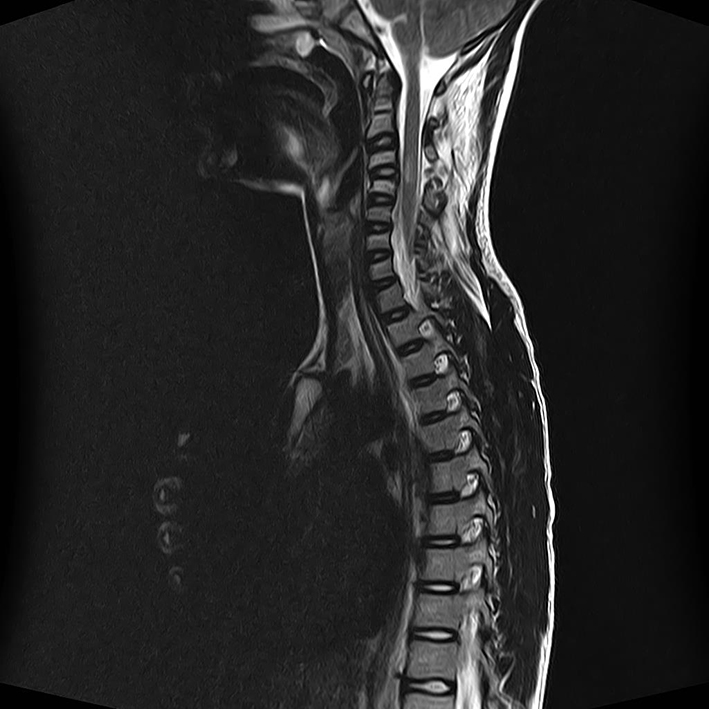 A quick check with my three neurosurgical colleagues yielded around 20 children’s rugby injuries over the past decade that needed neurosurgical consultation or intervention. There were two deaths, four or five serious spinal fractures (two with serious neurological sequelae), and several depressed skull fractures, with varying degrees of associated brain injury. There were various contusional injuries and intracranial haematomas, several associated with arterial dissection. In addition, a larger cohort of concussional brain and spinal cord injuries had required acute inpatient care and rehabilitation of some sort. Such injuries were encountered rarely, if ever, from any other school sport.

But much can be done to improve the situation. We know that injuries cluster early in the season. Creative match scheduling as well as preseason and early season strength and conditioning training are possible solutions that other rugby playing countries have already adopted.1 In addition, weight as well as age should be considered during squad selection. Many international bodies recognise the need to identify concussive injuries and prevent too early return to play,2 and such a policy is beginning to feature in junior play in the United Kingdom.

The tackle and scrum phases of the game have been recognised as injury hotspots and deserve safety initiatives of their own. Rigorous early training on tackling is one example. Consideration should be given to the non-contested scrum (as occurs in amateur rugby union in France and in rugby league generally). Meticulous refereeing is needed, with zero tolerance of dangerous infractions. The increased use of non-contact options such as touch rugby as a prelude to full contact training seems sensible, as does promoting this as an option for those who don’t want to participate in the contact game.

Although cases are difficult to identify retrospectively from hospital coding or emergency department data, the situation is not much better nationally. Proponents of the sport claim there is little evidence of excess risk in school age players. Key among these in the past have been the sport’s governing bodies, the implication being that the infrequency of reported serious injury equated to an acceptable risk of injury. Yet abundant anecdotal accounts suggest otherwise, and emerging work suggests a heavier burden of injury in the paediatric rugby population than was previously suggested.3 The situation is compounded by the sport occupying an exulted status among certain strata of British society. Public discussion shows an extreme polarisation of opinion, which impedes the development of any consensus.

The fundamental impediment is the lack of any comprehensive, systematically acquired, and nationally coordinated dataset of injuries acquired during children’s rugby, and of the will to set one up. Initiatives such as the Rugby Football Union’s Community Rugby Surveillance Project (CRISP) are commendable steps in the right direction,4 although the project is yet to be widely implemented.

It is vital that schools, clubs, medical facilities, and, most importantly, regulatory bodies cooperate now to quantify the risks of junior rugby. The sports regulating body will need to play a key role in this, although the issues at stake justify national coordination as a public health initiative. Failure to do so will inhibit the development of rational policies around the sport, put junior players at risk, and may ultimately threaten the survival of rugby in its present form.