Bureaucracy is forcing GPs to quit under “euphemism of early retirement”

Bureaucracy is forcing GPs to leave the profession under the “euphemism of early retirement,” a leading academic has said.

Speaking at the Royal College of General Practitioners’ City Health conference in London on Friday 1 May, Trish Greenhalgh, a professor at the University of Oxford’s Nuffield Department of Primary Care Health Sciences, said that too many experienced doctors were leaving the profession.

“We need to stem the haemorrhaging of experienced GPs from our profession under the euphemism of early retirement,” Greenhalgh said. “The very doctors who have got the most experience of delivering relationship based care, from whom trainees have got much to learn, are the ones who are being driven most rapidly from our ranks by the technocratic logic that has come to characterise the professional standards agenda.”

She said that the introduction of revalidation had caused many GPs to retire early. “How many excellent GPs do we know who decided to throw in the towel—one, two, and in some cases five or 10 years early—rather than do battle with that system?” she asked. “To retain only those GPs with the inclination and stamina to play the ‘managerialist’ revalidation game is an alarmingly powerful form of professional Darwinism.

“We need to overturn this trend, even if it means taking aside people like Mike Pringle [president of the Royal College of General Practitioners] and starting a conversation with him about the unintended consequences of this brilliant idea.”

Greenhalgh was speaking to the conference about the benefits of relationship based general practice, where doctors have a duty of care to their patient rather than having a duty to a marketised healthcare system. “We need to spell out what it means to be a good GP and why relationship based general practice matters,” she said. “We need to do this in the spaces where broad based civic engagement happens: blogging sites, social media, debating forums, the Institute of Ideas, and—through gritted teeth I say—the Daily Mail.” 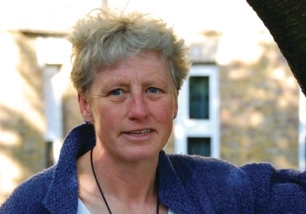