Measuring a person’s waist with a piece of string is a better predictor of cardiovascular risk than using body mass index (BMI) alone, researchers have said.

A study published at the European Congress on Obesity in Prague this week supported the finding that a person was at lower cardiovascular risk if they kept their waist measurement to less than half their height measurement.1 This could be done by personnel with minimal training and resources by measuring a patient’s height with a piece of string, folding it in half, and checking whether the waist measurement was less.

The study’s leader, Margaret Ashwell, of Oxford Brookes University, said, “Checking that the waist to height ratio is less than 0.5 could not be simpler: all that is needed is a piece of string, not even a tape measure.”

The study used data on 2917 adults from the Health Survey for England and found that 12% would be classed as normal by their BMI but had a waist to height ratio exceeding 0.5. These “non-overweight apples” had much fat around the waist but not a high BMI.

The researchers classed people into four groups according to their BMI (above or below 25) and waist to height ratio (above or below 0.5). As expected, mean total cholesterol concentrations were highest (mean 5.7 mmol/L) among those with a high BMI and a high waist to height ratio and lowest (mean 5.1 mmol/L) among those with a low BMI and a low waist to height ratio. However, the “non-overweight apples” group with a low to normal BMI but high waist to height ratio had significantly higher mean total cholesterol than the “overweight pears” group who had higher than normal BMI but less fat around the waist. (respectively, 5.72 mmol/L (SE 0.08) versus 4.98 mmol/L (SE 0.11); P<0.001). Glycated haemoglobin (HbA1c) was also higher among non-overweight apples than among overweight pears (5.62% versus 5.33%). The differences were significant in men and women.

The authors said, “The assessment is clearly ideal for primary stage screening for large populations where resources are limited. It could also save time and money in primary care in Europe, but at the moment there is resistance to move away from BMI and/or waist circumference because that is the convention.” 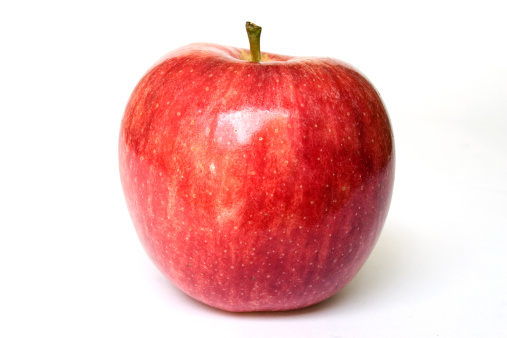