One in eight GP training posts vacant, despite unprecedented third round of recruitment

Around 12% of GP training posts in England are unfilled for 2014, despite the launch of an unprecedented third round of recruitment to improve fill rates.

Figures from Health Education England show that some areas still have not filled a third of GP training posts and that overall across England 12.4% of posts remain vacant. HEE launched the third recruitment round after the fill rate for GP training places in some areas of England was lower than 70%.1 The East Midlands reported a fill rate of 71% and the North East a rate of 70%. London had the highest proportion of places filled at 98%, followed by the Thames Valley at 97%.

A spokeswoman for HEE said, “We have increased GP training posts in 2014 to support our mandate requirement to provide a total of 3250 posts by 2016. We are doing further work to improve the number of applications and fill rate and looking at innovative programmes to improve recruitment into GP training.”

Commenting on the figures, Krishna Kasaraneni, chair of the education, training and workforce subcommittee of the BMA’s General Practitioners Committee, said, “These latest figures, which show that round 3 recruitment has not made an impact on trainee vacancies, confirm the BMA’s repeatedly stated view that we are facing a serious shortfall in the number of GPs entering the NHS. This shortfall is going to put increasing stress on a service that is already struggling to cope with increasing numbers of GPs who are retiring early.

“Policy makers have to get a grip on this problem, as without enough GPs the NHS will not be able to deliver the appointments and care that patients need. We must implement the recommendations of numerous bodies, including HEE, and begin a programme of sustained investment in general practice that not just recruits more GPs but addresses the fundamental workload and resources issues facing this key part of the NHS.”

Richard Vautrey, deputy chairman of the General Practitioners Committee, added, “These figures are really worrying. At a time when we need more GPs the fact that we can’t even fill the current funded training vacancies makes it clear how big a crisis we are facing.

“Urgent steps have to be taken to make general practice a more positive career option, and the way to do that is to take steps to address workload pressures and provide realistic and sustainable funding for practices. The NHS Five Year Forward View report yesterday showed signs that NHS bodies are listening to our calls,2 but now we need to see real action—and quickly.”

The HEE spokeswoman said that the organisation had been commissioned to undertake a primary care review that would look at recruitment issues. The review is likely to be published next autumn. 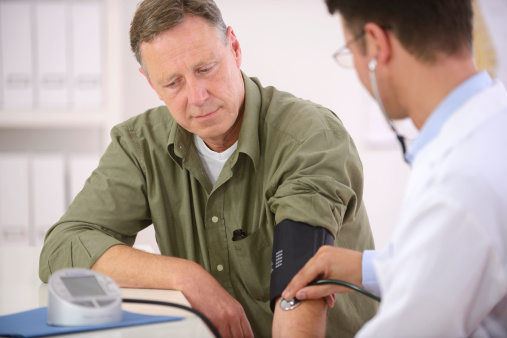