NICE gives go ahead to intrabeam radiotherapy for breast cancer

Intrabeam radiotherapy, a single dose treatment used during surgery for patients with breast cancer, has been given the go ahead for use in the NHS in England.

The National Institute for Health and Care Excellence (NICE) has issued draft guidance stating that the treatment should be considered for people with early stage breast cancer.1 Intrabeam radiotherapy can be given as a single dose radiotherapy during breast cancer surgery and would eliminate the need for patients to make additional trips to hospital for treatment.

Carole Longson, NICE’s director of health technology evaluation, said that the treatment had the potential to be a much more efficient form of radiotherapy. “Unlike regular radiotherapy, with the intrabeam radiotherapy system only one dose is required,” she said.

“This single dose is given at the same time as surgery, eliminating the need for numerous hospital visits. Regular radiotherapy typically requires numerous doses over a three week period—although some people may receive it for longer—and is performed weeks or months after surgery or chemotherapy.

“[NICE] has concluded that whilst current evidence was not extensive, this type of radiotherapy was more convenient for patients and can improve a person’s quality of life.”

Each year in England breast cancer is diagnosed in just over 41 500 women and 300 men. Figures indicate that about 86% of them—35 970 people each year—will have early stage cancer.

NICE said that because the technique was new it was recommending its use in a “controlled way” and that patients should be fully informed. The draft guidance, which has been put out for consultation, said that patients who had undergone the treatment should be put on a national register, and it called for experts to review the outcomes.

So far only six centres in the United Kingdom have used intrabeam to treat early breast cancer (when the tumour is confined to the breast area and has not spread). Intrabeam treatment delivers a single dose of targeted x rays directly to the tumour bed while limiting exposure of healthy tissue to radiation. It is delivered through a spherical applicator that is stitched to the tumour bed so that breast tissue at risk of local recurrence receives the prescribed dose while the surrounding skin is protected.

The radiation is delivered over 20 to 30 minutes and can be used as an intraoperative radiotherapy system given as the sole treatment or as a booster treatment, followed by external beam radiotherapy, which is currently recommended for people with early breast cancer after successful breast conserving surgery.

NICE’s public consultation on intrabeam radiotherapy for early breast cancer runs until Friday 15 August 2014, and the final guidance is expected to be published in November 2014. 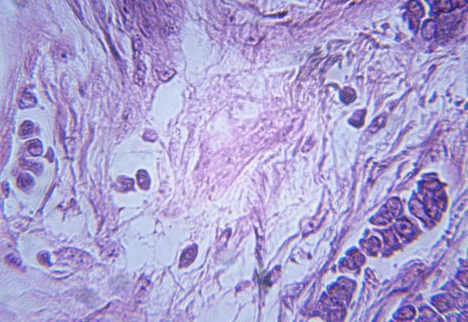