NICE sticks to its advice to drop threshold for prescribing statins

The group responsible for recommending the wider use of statins had faced “completely unjustified attacks on their integrity,” the director of the Centre for Clinical Practice at the National Institute for Health and Care Excellence (NICE) complained at a press conference in London to launch the final version of the guidance.

Mark Baker said that the group had shown great resilience in producing “important and high quality guidance, of which we’re all proud.” All panel members had declared any relevant interests, and none stood to gain financially from the guidance, he added.

When released in draft form for consultation, the guidance prompted the publication of a letter signed, among others, by Richard Thompson, president of the Royal College of Physicians, and Clare Gerada, former chairwoman of the Royal College of General Practitioners, warning of the risks of medicalising five million healthy people on the basis of drug company trials.1 A majority of the NICE panel members had ties to companies that made statins, the letter claimed, and it called for the guidance to be shelved.

The final draft, published today and summarised in The BMJ (2014;349:g4356, doi:10.1136/bmj.g4356), shows that NICE has declined to take this advice. It recommends that doctors should intervene more intensively by implementing primary prevention efforts in people with a 10% risk of developing cardiovascular disease over the next 10 years, as against a 20% risk in existing guidance written in 2008. This change incorporates another 4.5 million people into potential intervention.

The first option would be changes in lifestyle, but doctors may also consider prescribing statins. Baker estimated that perhaps two million to 2.5 million people might be given them. The expected outcomes—if all patients remained compliant—would be to save two deaths, four strokes, and seven non-fatal myocardial infarctions in every 1000 people over three years, said the chairman of the guideline group, Anthony Wierzbicki, a consultant in chemical pathology at Guy’s and St Thomas’ NHS Foundation Trust, London. If Baker’s estimate of the uptake is right, 4000 lives might be saved. The total possible cost, should all 4.5 million people take statins, would be £52m (€66m; $90m)—and thanks to atorvastatin coming off patent this would be less in total than was spent on statins in 2012.

He dismissed claims that GPs had reported seeing far more side effects from statins than were reported in the published trials. “The best evidence comes from placebo controlled trials, which show similar levels of side effects in statins and in placebos,” he said. “Muscle pain has little or nothing to do with statins, and serious complications are extremely rare.” The claims of a multitude of side effects “simply aren’t true,” he added.

A lay member of the guideline group, Liz Clark, said that the association between statins and the prevalence of aches and pains often experienced by older people was not backed by evidence. Wierzbicki said that the new guidance picks out groups of patients who seem to experience problems. It suggests that GPs ask patients if they have had persistent muscle pain and whether they have taken a statin and that they measure creatine kinase concentrations if they say yes. If concentrations are more than five times above average, statins should not be prescribed to these patients.

Baker said that although he agreed that there was “an interesting and important debate” to be had, it was ludicrous to say that people were being overmedicalised. “I’m happy to have the debate and promote the guidance, [but] annoyed where people misrepresent the facts,” he said. “This is the best guidance ever developed, and I hope the NHS implements it.”

Commenting on the guidance, John Tooke, president of the Academy of Medical Sciences, said, “Few would deny the treatment of hypertension, a largely symptomless condition, on the grounds that it was medicalising the recipient, despite the fact that lifestyle influences blood pressure. If treatment of higher levels of blood pressure to diminish stroke and heart attack is acceptable, so too is the treatment of high cholesterol above an evidence based threshold.”

Peter Weissberg, medical director of the British Heart Foundation, said, “Too many people die from cardiovascular disease, and these new guidelines are part of continuing efforts to prevent heart attacks and strokes.

“Doctors will now be able to offer a statin to people at a lower risk, but their prescription is not mandated. Just as important is the emphasis on trying lifestyle changes before considering treatments with drugs. Crucially, the guidelines emphasise that preventive strategies should be based on each individual’s risk and needs, with a personalised game plan to help reduce their risk of cardiovascular disease.” 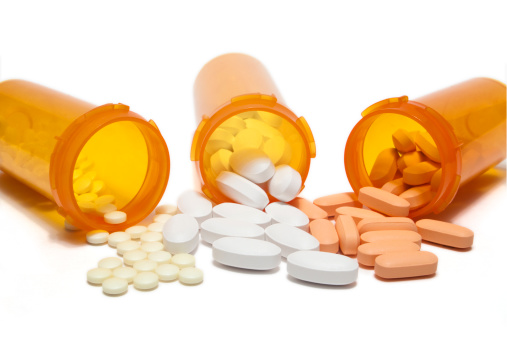