A third of adults in England have “prediabetes,” study says

More than a third of adults in England now have prediabetes, and the prevalence has tripled over the past eight years, new research concludes.1

The authors warned that there would be a steep rise in the incidence of diabetes if action were not taken to stop the “extremely rapid” rise in prediabetes. Between 5% and 10% of people with prediabetes progressed to diabetes every year, and people with higher than normal blood glucose concentrations were at risk of vascular, kidney, and eye problems, it said.

The research, published in the online journal BMJ Open, shows that the prevalence of prediabetes rose from 11.6% in 2003 to 35.3% in 2011. The finding came from an analysis of 20 000 people who took part in the Health Survey for England and provided a blood sample.

Prediabetes was classified as a glycated haemoglobin concentration of between 5.7% and 6.4% in people who had not previously been given a diagnosis of diabetes. This is one of the components used in the American Diabetes Association’s definition of the condition. Diabetes itself is usually classified as a glycated haemoglobin of 6.5%. The prevalence of diagnosed diabetes rose from 3.6% in 2003 to 5.6% in 2011, the study said.

Older age, overweight, obesity, blood pressure, and a high cholesterol concentration were all associated with the risk of prediabetes, the study said. By 2011 half (50.6%) of people aged over 40 years old who were overweight (with a body mass index of 25 or over) had prediabetes. There was no difference in the proportion between the sexes.

The prevalence of prediabetes varied by ethnic group, the study found, although in all groups of adults, irrespective of body mass index, the prevalence was at least a fifth. People living in the most deprived areas of England were more likely to have prediabetes in 2003 and 2006, but the association was no longer significant in 2009 and 2011.

The lead author, Arch Mainous, from the Department of Health Services Research Management and Policy at the University of Florida, and his coauthors acknowledged that they had no way of knowing whether the people participating in the survey had been screened or treated for their condition.

But they warned, “This rapid rise in such a short period of time is particularly disturbing because it suggests that large changes on a population level can occur in a relatively short period of time. If there is no coordinated response to the rise in prediabetes, an increase in numbers of people with diabetes will ensue, with consequent increase in health expenditure, morbidity and cardiovascular mortality.”

John Yudkin, emeritus professor of medicine at University College London, commenting on the findings, said that the label of “prediabetes” was an example of overdiagnosis. He said, “The category of ‘prediabetes’ has been defined by the American Diabetes Association [ADA] as a measure of glycaemia (fasting, post-glucose load, or HbA1c) intermediate between clearly normal and diabetes. It is a term which has been rejected both by NICE [the UK National Institute for Health and Care Excellence] and the World Health Organization ‘to avoid any stigma associated with the word diabetes and because many people do not progress to diabetes as the term implies.’

“The ADA has lowered their original cut points for ‘prediabetes’ measured by fasting glucose and HbA1c, with a consequent two to threefold increase in prevalence in several countries.

“The rising global prevalence of diabetes and obesity are a major challenge to public health. But the label of ‘prediabetes’ applied to individuals is an example of overdiagnosis, recognising that most people so categorised will not develop diabetes, and that the term brings with it the burden of disease labelling and risks of largely unproven interventions.” 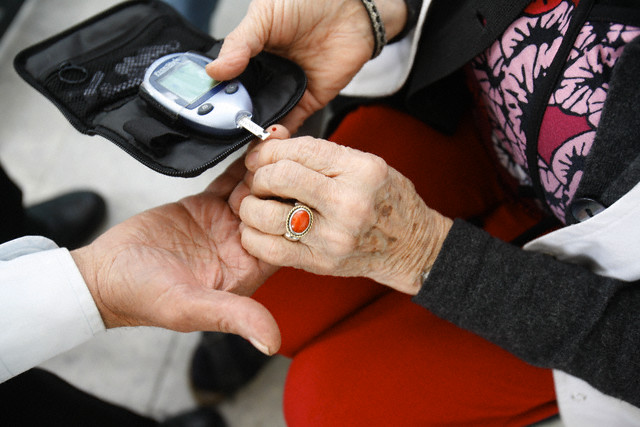 See other articles in issue 7962