GPs must be encouraged to talk more frankly to patients about their weight to help bring the United Kingdom’s spiralling obesity crisis under control, a report has concluded.

The National Obesity Forum, which is fronted by a GP, has also urged the government to launch harder hitting public health campaigns—similar to those used to encourage people to stop smoking—to tackle the crisis, which it warned could be more severe than previously thought.

The forum’s report, State of the Nation’s Waistline,1 said that previous projections from the influential 2007 Foresight report2 that half of the UK population may be obese by 2050 may have underestimated the full scale of the problem.

The forum said that more emphasis should be put on training and incentivising GPs to have conversations with their patients about their weight. It said that the current Quality and Outcomes Framework (QOF), which pays GPs purely to register obese patients, was “unfit for purpose” and should be amended to provide incentives to GPs to “proactively offer advice to overweight and obese patients and refer them to weight management services where appropriate.”

But the report emphasised that the government must act in parallel with the medical profession by using tougher public health messages in existing public health schemes such as Change4life. “Harder hitting campaigns, similar to those for anti-smoking, are required,” it said.

Government initiatives should also focus more on the importance of good hydration in weight management and health outcomes and on supporting people who are already obese, the report urged.

David Haslam, a GP and chairman of the National Obesity Forum, said that urgent action was needed to tackle the problem.

He said, “We are now more than seven years on from the publication of the Foresight report, and, if anything, the situation is now worse than it was in 2007. Without action across the board—from government, business, society, and individuals—we might feel fortunate if only 50% of the population is obese and the annual cost is only £50bn [€60bn; $82bn] in 2050, if current trends continue

“Make no mistake, these issues must be addressed. Obesity and weight management are a direct cause of many health problems and are already placing enormous demands on the NHS at a time when health resources are stretched like never before. The current situation is unsustainable.”

The UK Association for the Study of Obesity agreed that additional incentives for GPs could improve the current situation, but it also called for the provision of specialist bariatric services to be expanded and for tougher UK legislation to control the marketing of energy dense foods and sugary drinks, particularly to children.

Jason Halford, the association’s chairman and professor of psychological sciences at the University of Liverpool, said, “Food promotion has proven effects on food choice beyond brands, encouraging children to over consume and swap to unhealthier options. Critically, although we focus on the food producers, little action targets retailers, point of sale promotion, or the heavy discounting of unhealthy options.” 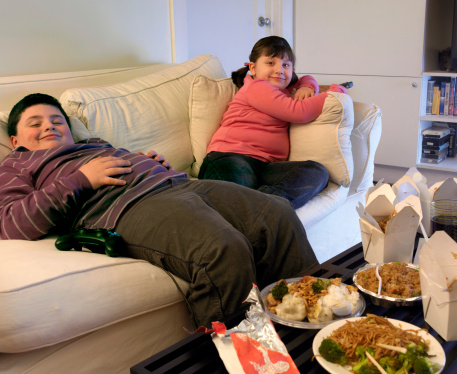