New guidance on osteoarthritis from the National Institute for Health and Care Excellence has stressed the importance of exercise, but it has left paracetamol (acetaminophen) unchanged as a first line analgesia option—despite the draft guidelines having said that it should be avoided.1

The draft guidelines, published last August, recommended that paracetamol should not routinely be offered as it may not help to relieve the symptoms of osteoarthritis and because taking the maximum daily dose over a long period may be linked to side effects.

But the Royal College of General Practitioners, the Primary Care Rheumatology Society, and the British Society for Rheumatology raised concerns that removing paracetamol as an analgesia option could result in the increased use of oral non-steroidal anti-inflammatory drugs (NSAIDs) and opiates.

Mark Baker, director of the centre for clinical practice at NICE, said that the institute had decided to leave unchanged its recommendations on the pharmacological management of osteoarthritis until the Medicines and Healthcare Products Regulatory Agency had completed its forthcoming safety review of over-the-counter analgesics, including paracetamol.

Baker said, “This will mean that all of the relevant painkillers can be looked at together. Until the full pharmacological update is undertaken, the guideline recommendations on drug management for osteoarthritis remain unchanged.”

The updated NICE guidance stated that exercise remained the core treatment for osteoarthritis as it can help relieve pain and improve function. It has kept the 2008 recommendations that health professionals should consider offering paracetamol for pain relief and that regular dosing may be required. It said that paracetamol and/or topical NSAIDs should be considered ahead of oral NSAIDs, cyclo-oxygenase-2 (COX-2) inhibitors, or opioids.

However, the NICE guideline development group drew attention to the findings of an evidence review that identified the reduced effectiveness of paracetamol in the management of osteoarthritis, compared with what was previously thought.

Neil Snowden, chairman of the British Society for Rheumatology’s clinical affairs committee, said that he supported the guidelines’ emphasis on holistic non-pharmacological management. He told the BMJ, “We are pleased that there are no current proposals for radical changes in the use of paracetamol, although we agree that this is a topic that needs further review. We accept that the evidence for benefit from paracetamol is limited, but we had concerns that a steering away from the use of paracetamol in osteoarthritis might lead to unforeseen consequences in terms of increased use of NSAIDs and opiates.”

Responding to the draft guidelines, the British Society for Rheumatology said that paracetamol formed the cornerstone of pharmacological self management of pain in the United Kingdom. It said that if paracetamol were withdrawn from the routine treatment ladder for osteoarthritis there should be a full review of analgesics, including opiates and combined paracetamol and opiates. It also said that the Medicines and Healthcare Products Regulatory Agency should advise on the continued licence indications and over-the-counter status of paracetamol.

The new guidelines recommended that osteoarthritis could be diagnosed without clinical investigations in a patient aged 45 or over who had activity related joint pain and either brief, or no, joint stiffness in the mornings. It said that patients should be referred for possible joint replacement surgery before they have prolonged and established functional limitation and severe pain. It added that age, smoking, and obesity should not be barriers to referral for joint surgery.

Another new recommendation was that patients with symptomatic osteoarthritis should be reviewed regularly to monitor their condition and to examine the effectiveness and tolerability of treatments. If a person has another illness or condition, troublesome joint pain, more than one joint affected, or is taking any drugs for their osteoarthritis, then they should be reviewed each year, said the guideline.

Philip Conaghan, chairman of the NICE guideline development group and professor of musculoskeletal medicine at the University of Leeds, said, “The symptoms often caused by osteoarthritis, such as pain and limited joint movement, can be managed with muscle strengthening, exercise, and weight loss if people are overweight. If a person is still experiencing pain that interferes with their daily life despite addressing these core treatments and use of analgesics as appropriate, then the guideline makes a new recommendation that the person be referred for consideration of joint surgery before there is prolonged limited joint movement and severe pain.” 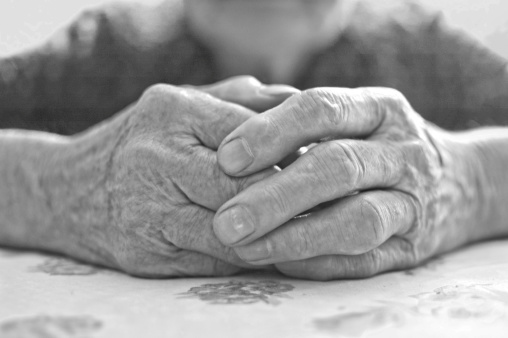