Unpublished studies hold twice as much data on drugs as those in public domain, study finds

Unpublished records of clinical studies provide more than twice as much information about a drug’s benefits and harms as those of published reports, a study has found.

The researchers, from Germany’s Institute for Quality and Efficiency in Health Care (IQWiG), said that access to clinical study reports (CSRs) was essential for doctors to be able to make fully informed choices about how to treat their patients. They have called for CSRs from past and future trials to be made publicly available.

CSRs hold vast amounts of information on the conduct, adverse events, and outcomes of a trial. They are held by drug companies and form the basis of submissions to drug regulators when a new drug is being assessed for licensing. CSRs have previously been kept secret, but researchers are now realising that they hold valuable information and have been asking to see them.

The AllTrials initiative (alltrials.net), which was set up in January, is calling for full disclosure of CSRs.1 Similarly, the BMJ has been campaigning for researchers at the Cochrane Collaboration to have access to anonymised patient level data on Roche’s drug oseltamivir (marketed as Tamiflu), held on CSRs, which the researchers have been trying to access since 2009 (see bmj.com/tamiflu).2

For their study the researchers from IQWiG, the German equivalent of the UK National Institute for Health and Care Excellence, compared information from 101 clinical trials in publicly available sources, such as journal articles or reports published on a register, with information in CSRs requested from drug companies.3

Missing information uncovered by the study included how antidepressants affected symptoms and the adverse events they caused, such as suicidal behaviour and sexual dysfunction; exacerbation of asthma in trials of asthma drugs; and strokes and myocardial infarction rates in trials of diabetes drugs.

But the researchers pointed out that both these initiatives would probably apply only to drugs that are approved after January 2014 and not to drugs already in use.

They concluded, “CSRs should be made publicly available as they may substantially influence conclusions concerning the actual position of an individual drug in a therapeutic area. Our findings underline the importance of CSRs—both for past and future trials—for unbiased trial evaluation, thus supporting informed decision-making in health care.”

However, there are signs that the drug industry will resist attempts to get it to disclose CSRs. In an email to the journal Nature Richard Bergström, director general of the European Federation of Pharmaceutical Industries and Associations, said that in their current state CSRs were not suitable for publication.5 He said that the federation had concerns about how the EMA proposed to protect commercially sensitive and personal details contained in many of these documents. Personal data would need to be properly redacted if these documents were to be made public, said Bergström.

“My members are very concerned about this,” he said. “If the EMA accepts our redactions, we have no problem.” But he warned that if the agency disregarded the federation’s concerns a series of lawsuits against the EMA might follow. 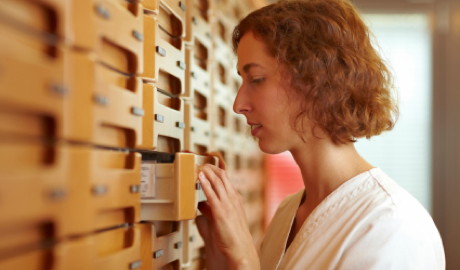