An expert panel is to be established to review the effectiveness and value for money of NHS Health Checks, the £300m (€350m; $470m) a year screening programme for 40 to 74 year olds designed to identify and tackle early indicators of heart disease, stroke, and diabetes.

The announcement by Public Health England comes after repeated calls for the programme to be scrapped because evidence indicated that the checks were a waste of time and money. In a letter to the Times on Tuesday,1 Lasse Krogsbøll and colleagues from the Nordic Cochrane Centre in Copenhagen said that their review published in the BMJ in October last year of 14 trials with a total of over 182 000 participants “could not find any beneficial effects of health checks, whereas they likely lead to unnecessary diagnoses and treatments.”2

They wrote, “Screening healthy people for disease or risk factors is justified only if there is strong evidence from randomised trials that the benefits outweigh the harms. Inference of benefit from improvements in blood pressure and cholesterol levels is not an acceptable motivation for screening.”

All 15 million people in England aged 40 to 74 years are invited for a health check every five years to be screened for conditions such as heart disease, kidney problems, and diabetes. Public Health England took over responsibility for implementation of the programme in April this year, and local authorities were asked to target 20% of 40-74 year olds each year over the next five years.3

Krogsbøll and colleagues wrote that, in response to their BMJ paper, NHS Diabetes and Kidney Care, in conjunction with the Department of Health, published an e-bulletin on the website of NHS Health Check, which criticised their review.

They said that their request for a rebuttal to be published alongside the criticism was denied. They were told that “the website is not a forum for debate or discussion on the merits of conducting NHS Health Checks.”4 The same research by the Nordic Cochrane Centre prompted the Danish government to shelve plans to introduce health checks there.

The Cochrane researchers were critical of public authorities using their own platforms to attack unwelcome results, rather than engaging in scientific debate in a recognised scientific journal.

“Instead of defending the existing programme, the leaders of the NHS Health Check should have opened a debate with government about closing the NHS Health Check, which currently operates in direct conflict with the best available evidence, and against the criteria of the UK National Screening Committee,” they said.

Clare Gerada, chairwoman of the Royal College of General Practitioners, said that the routine checks should end because they were causing needless worry for patients and wasting GPs’ time that would be better spent treating sick people. She said that the cost of the programme was probably higher than official figures suggested, because many people had to be invited back for further tests and reassurance.

In July Public Health England, the National Institute for Health and Care Excellence, NHS England, and the Local Government Association published a statement on the evidence base behind NHS Health Checks.5

Paul Cosford, medical director of Public Health England, said, “Our statement outlined that although we recognise that the programme is not supported by direct randomised controlled trial evidence, there is nonetheless an urgent need to tackle the growing burden of disease which is associated with lifestyle behaviours and choices. All elements of the health checks follow well recognised and evidenced clinical pathways approved by NICE and the existing relevant evidence, together with operational experience accruing on the ground, is compelling support for the programme.”

However, he added that as part of its management of NHS Health Checks, Public Health England was establishing an expert clinical and scientific advisory panel to review “emerging evidence and research needs.” He said, “It will also promote future research, development, and evaluation of this programme. The economic modelling behind the programme will also be refreshed to update the assumptions in the light of new information and experience.”

Cosford said that NHS Health Checks aimed to cut the “huge burden of disease associated with heart disease, stroke, diabetes, and kidney disease.” Estimates carried out when the programme was introduced showed that it could prevent 1600 heart attacks and strokes, at least 650 premature deaths, and over 4000 new cases of diabetes each year. He added, “At least 20 000 cases of diabetes or kidney disease could be detected earlier, allowing individuals to be better managed and so improve their quality of life.” 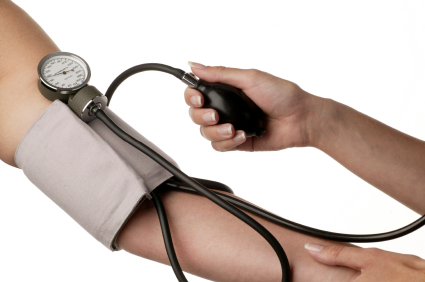 See other articles in issue 7922