High doses of commonly used non-steroidal anti-inflammatory drugs (NSAIDs) could double the risk of myocardial infarction and heart failure, according to a new study published in the Lancet.1

Daily treatment with cyclo-oxygenase 2 (COX 2) inhibitors, such as celecoxib and etoricoxib, or high dose daily regimens of ibuprofen (2400 mg), diclofenac (150 mg), and naproxen (1000 mg) were analysed for cardiovascular and gastrointestinal side effects.

In a series of meta-analyses of over 600 randomised trials with over 350 000 participants (mean age 61 years), the authors found that all NSAIDs doubled the risk of heart failure (rate ratio 1.85-2.28). Compared with placebo, a COX 2 inhibitor or diclofenac caused three additional major vascular events per 1000 participants per year (from a baseline risk of eight events per 1000 participants per year), with one such event causing death. A major vascular event was defined as a non-fatal myocardial infarction, stroke, or death from a vascular cause.

The findings confirm previous findings from 2005 onwards, which have suggested a higher rate of myocardial infarction when using NSAIDs other than rofecoxib (Vioxx).2 The authors also found that rofecoxib, now discontinued, was not more likely to cause adverse events than other drugs.

Lead author and professor of epidemiology at Oxford University, Colin Baigent, stressed that the findings only applied to people taking regular high doses of NSAIDs, such as those with rheumatoid arthritis or osteoarthritis.

He announced at a press conference in London on 29 May: “This study provides for the first time the information that patients need to make judgments about whether they should be taking an NSAID. By providing accurate information to patients about cardiac risks and also about the ulcer risks of NSAIDs, we empower patients in their discussions with doctors about how to manage their lives.”

Catherine Elliott, director of clinical research interests at the Medical Research Council, welcomed the study. She said: “It’s an exemplary analysis to bring together the outcomes from over 600 trials from across the globe. We already knew that there had been concerns about COX 2 inhibitors and cardiovascular disease, but it’s only by doing this sort of very detailed work that we can clarify those risks,” she said.

In the study, individual participant data were obtained for 274 of 639 randomised trials. Using these data, the authors found that the highest increase in risk of myocardial infarction was in those people with pre-existing cardiac risk factors.

Baigent said: “I think the ability to look at individual patient data provides a high level of information that is of relevance to patients because it allows you to predict for particular patients the hazards of a drug and also the benefits.”

Simon Maxwell, professor of clinical pharmacology at the University of Edinburgh, added in a statement: “The interesting finding is that a rather less commonly used NSAID, naproxen, appears to carry no excess risk of heart attack or stroke compared to placebo. This might lead to a review of prescribing advice by some NHS organisations who currently advocate the use of diclofenac and ibuprofen.”

However, Marie Griffin, professor of preventive medicine at Vanderbilt University, Tennessee, USA, said in a linked commentary that: “The meta-analysis offers considerable certainty about relative and absolute major vascular risks of high doses of the most commonly prescribed NSAIDs, but leaves large gaps about risks associated with lower NSAID doses, longer durations of use, and residual effects after stopping treatment.”3

According to Elliott, this type of statistical research may help provide individualised patient treatments in the future. She said: “One area that the [Medical Research Council] and other funders are particularly committed to at the moment is stratified medicine—to understand better what is the right treatment for each patient to take at the time . . . In a lot of chronic diseases like diabetes and asthma, there are a huge range of treatment options available but it is very clear there are subgroups of people that respond much better to some treatments than others.” 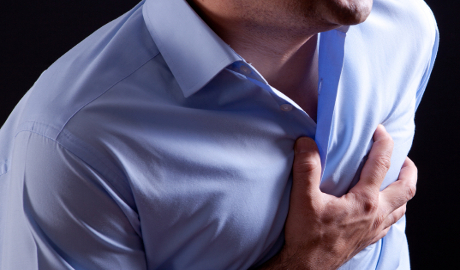