It takes two: encouraging the development of leadership skills in junior doctors and management trainees

The importance of doctors embracing clinical leadership roles is increasingly being recognised, as shown by the growing number of medical specialty curriculums that include awareness of leadership and clinical leadership assessments. Inherent in effective leadership is the ability to work with others and to understand the roles and responsibilities of those who share the task of leading in an organisation. However, historically a divide has existed between doctors and managers in healthcare organisations.1

The pairings project was set up by the Kent, Surrey and Sussex (KSS) Deanery’s school of clinical leadership in August 2011 to encourage the learning of leadership skills and to stimulate greater collaboration between doctors and managers at an early stage in their training.

In each hospital trust on the southeast coast, a management trainee in his or her first year of work in the NHS was paired with a foundation year 2 doctor, and each pair was given the opportunity to run a six to nine month project to improve patient care. The broad remit of the projects allowed the pairs to identify where there was a need for improvement within an area that suited their skills or interests and, crucially, that could be worked on with their resources and within the timeframe. The aim of improving a service suited the scheme as it gave the projects clear managerial and clinical components. The scheme’s goals of shared leadership and improving services also formed a key part of the Medical Leadership Competency Framework laid out by the NHS Institute for Clinical Development.2

Over the course of the projects (see boxes) each trainee was expected to put in one to two hours’ work a week and meet regularly with their partner. Each pair had a mentor, usually the leadership tutor of the trust, whom they met every few months for further direction and advice.

There were also three meetings at the KSS Deanery head office, where pairs met in groups under the direction of a leadership facilitator appointed by the deanery. The facilitators ran the sessions in the format of action learning sets, whereby each pair updated the group on their project’s progress, responded to questions, and then listened while the rest of the group discussed how the project could be developed. The development of knowledge and understanding through action learning sets is based on actions, reflection, and searching questions from the set facilitator rather than on more traditional instructional techniques. These sessions gave the trainees the opportunity to think creatively about solutions to problems and learn from each other’s projects.

As the projects neared completion, the pairs were invited to showcase their work by giving poster presentations at the second annual King’s Fund management and leadership summit on 23 May 2012. Attending the conference gave an insight into the role of leadership in the NHS and its importance in facing current and future challenges (fig 1⇓). 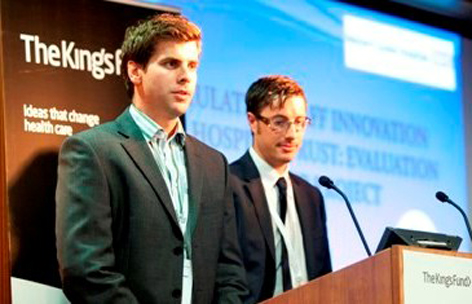 Personal views from one pair 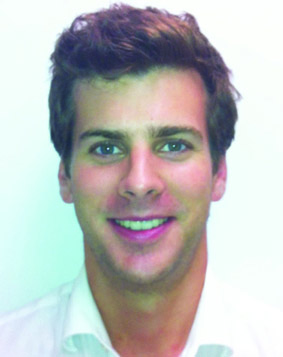 Many junior doctors take part in service improvement projects and are developing their leadership skills, whether they realise it at the time or not. The great advantage of the pairings project is that there is a lot of support from the leadership tutors and through the action learning sets. They helped us to refine our plans, foresee problems before they arose, and encouraged us to think about different ways to achieve our aims. Using the sets was particularly invigorating, as they gave me the opportunity to think critically about the projects and work together with my colleagues on the scheme to come up with ways to develop them.

On top of the valuable experience of designing and running a service improvement project, the pairings project also gave me the opportunity to present to a number of senior figures within the trust, including the chief executive and the head of innovation and development. Presenting to these senior managers helped me to understand their agendas and goals in running a department or hospital. I learnt to recognise where project approval from key figures was necessary and when their support could really give momentum to what we were trying to achieve.

Difficulties I encountered with the project included fitting in meetings and presentations alongside my clinical work, as it meant leaving the ward at specific times, which wasn’t always easy owing to the unpredictable nature of ward work. Within our pair, we had very different timetables and commitments that occasionally made it difficult to meet frequently. I think that working closely with someone from a different profession with different views and skills, however, is one of the great advantages of the scheme.

Working within the framework of the pairings project has given me a greater understanding of the role of managers and the structure of hospital trusts, and it has taught me how improvements can be made to the services we provide. 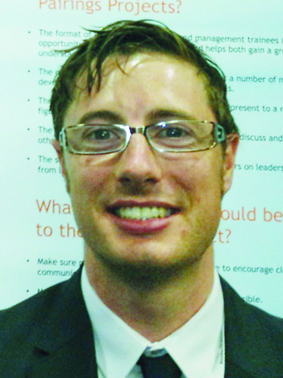 Often the management team are criticised for working in their ivory towers without having much real clinical contact. One of the main aims of the pairings project was to remedy the “disconnect” often found between doctors and managers because of their competing objectives.3

When the project began, the doctor I was paired with worked in bursts throughout. This was mainly owing to his shift work and exam pressures, something as a manager I found easy to forget. His real value came when speaking the clinician’s language and knowing how to relate to other clinicians. Even in discussions with the trust’s chief executive his knowledge helped us come across with excellent credibility and gain buy-in for the project to begin. He allowed me to play to my strengths in organisation and process redesign, which allowed us to meet the deadlines that were set.

The action learning sets were well managed and allowed us to gain valuable input from outsiders. Some refreshing ideas for project improvements were made in the sets and they acted as a platform for generating solutions to the many issues each team faced.

Although this project proved that doctors and managers could work successfully together, it was a manufactured situation where we both aimed to achieve the same goal. Perhaps if we had had conflicting objectives we might have come to a different outcome. However, constructing early career working relationships between clinicians and managers can surely provide a more harmonious future. 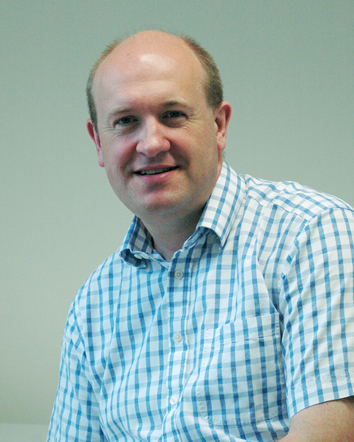 As a mentor for the trainee pairing programme, it was interesting to see how the two trainees would relate and interact with each other’s world of practice. I was less focused on the outcome of a selected project and more interested to see how the trainees from the two different disciplines would interact and work together, with all the difficulties of meeting across different sites and busy jobs for both (reflecting life for many managers and clinicians).

I think both members of each pair found it challenging at the beginning and set off with great ambitions but soon realised that they had to be more realistic and focus on an achievable goal, as opposed to changing the world with one small project. Liaising with the different elements of a hospital’s administration to achieve some of their goals was challenging for many, but they worked well around this and realised that to move forward there were many cogs in the system that needed to be turned.

The pairs had the opportunity to present their project ideas to the chief executive of the trust and to present their final work at the King’s Fund annual leadership forum as a poster and a short presentation. I’m sure the trainees will remember these two events for a long time.

The pairings project was an excellent opportunity for doctors and managers to start to understand each other’s areas of practice and expertise at an early stage of their careers and to begin developing leadership skills. The project has been helpful in highlighting this process as important and should help to normalise this integration at a much earlier point of a medical career.4

A leader is required to help build an innovative response to a novel problem, rather than rolling out a known process to a previously experienced problem.2 The project aimed to help participants develop an understanding of the concept of shared leadership and its role in service improvement by asking trainees to run a project from inception to completion, work closely within the pair, and have regular meetings to reflect and receive feedback.

The inaugural year of the scheme was considered to be a great success, and the second year, with new trainees, is due to begin this autumn. Deaneries around the UK are looking to follow the example set by the KSS Deanery and roll out similar leadership projects in their areas.